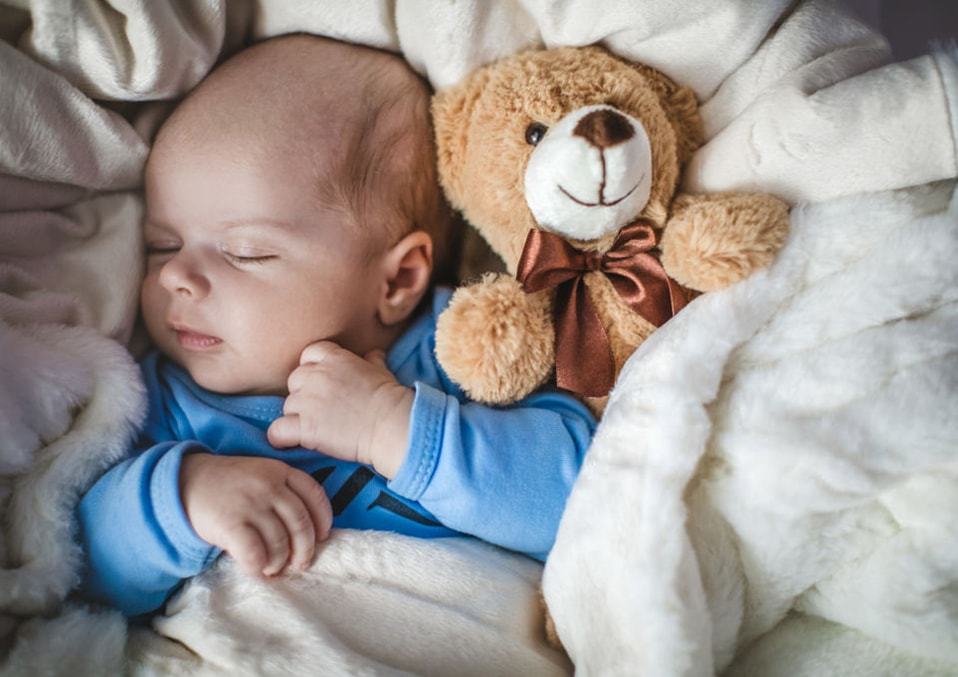 Babies undeniably give the best feeling in this world. Coming home after a bustling day at work and dealing with arrrgh traffic, alright you’re extra tired. But seeing your bundle of joy batting his eyes, giggling and cooing ahhh all of the exhaustion just fade away.  Okay, that does not end there. Having a baby especially newborns tend to keep their parents stay awake all day and all night. It’s tiring but what can you do, it’s the love of your life. Well, you can actually find a solution to this one and that is helping and teaching your child to self-sooth.  So what is self-soothing? When is your baby ready for it? Here’ s everything you need to know.

A baby’s sleep pattern and cycles

Unfortunately, most babies don’t begin to sleep through the night, which is usually considered six to eight hours, until they’re about 3 months old or weigh 12 to 13 pounds. Before then, they may wake up frequently to eat. In the newborn stage, they may even sleep for only one or two hours at a time because their stomach is so small. As babies get older and bigger, and thus able to eat more at each feeding session, they may begin sleeping for longer stretches of time. By about 6 months of age, about two-thirds of babies can sleep through the night on a regular basis.

Differences in sleep in babies

The American Academy of Pediatrics (AAP) recommends that mothers exclusively breastfeed their babies for the first 6 months of life. If you are breastfeeding your baby and are trading sleep stories with other moms, be aware that your baby probably wakes more often than a baby that’s formula-fed. That’s because a baby digests breast milk faster than formula, and thus, a breastfed baby gets hungry faster than a formula-fed baby.

If you’re exclusively breastfeeding your baby, not only are you giving your baby optimum nutrition, the lack of sleep won’t last forever. In 2011, a study presented at the AAP National Conference and Exhibition reported that mothers of exclusively breastfed babies between 3 and 9 months of age reported more sleep issues with their babies, including night, waking and fewer naps than mothers of formula-fed babies. Yet by 9 months of age, no sleep differences were reported between the two groups. The lead author of the study concluded that while it’s true that formula-fed babies initially wake up less frequently and sleep for longer stretches of time, by about 9 months of age, no differences exist between the sleep patterns of breastfed and formula-fed babies.

While some babies are good nappers and sleep through the night after just a few short months, or even earlier, other babies don’t nap well and wake up frequently during the night. If your baby doesn’t sleep well, a point may come when you’re so exhausted that you decide to help your baby learn to self-soothe himself back to sleep, which is known as “sleep training.” Self-soothing means the baby comforts himself instead of depending on his caregiver to comfort him. A baby who has learned how to self-soothe is able to fall back asleep on his own rather than depending on someone to help him get back to sleep. For example, the baby may fall asleep after rolling around in his crib a bit, sucking his pacifier or rubbing his head, instead of falling asleep only after someone has held, rocked or fed him.

When babies are able to learn how to self-soothe varies. Some babies are ready earlier than others. Starting at around 6 months of age, which is when most babies are able to sleep through the night from a developmental standpoint, you can begin sleep training with your baby.

Several sleep training methods help your baby learn to self-soothe himself back to sleep. One method, sometimes called “controlled comforting,” is when parents respond to their babies’ cries at increasing intervals so that their babies learn how to self-soothe. For example, when your baby wakes and cries out, you wait five minutes before appearing and comforting him. If he’s still awake, wait 10 minutes, not five, before going in to comfort him. As the night or nap time goes on, the length of time before you respond correspondingly increases.

Another method, sometimes called “camping out,” involves parents sitting with their babies and gradually leaving as their babies learn how to self-soothe and fall and stay asleep. For example, start by sitting near your baby as he’s in his crib or bassinet, possibly rubbing or patting his back, and waiting until he falls asleep. Once he’s asleep, quietly leave the room. As the nights go by, increase the distance between you and your baby and eliminate any touching. For example, on day five, wait for your baby to fall asleep in his crib while sitting at the halfway point between his crib and the bedroom door. Eventually, move out of the room and out of sight.

The theory behind all the sleep training methods is that by not rushing to respond to your baby and eventually not responding to your baby at all, unless a medical need arises, your baby will learn how to comfort and fall asleep on his own.

Be aware that with any sleep training method, it may take several weeks before your baby begins to regularly self-soothe himself to sleep and stay asleep. Also, be aware that some babies may just not be ready to self-soothe until later in life. If sleep training doesn’t seem to be working for your baby, you may want to take a break and try again a few months later.

– Put your baby down to sleep when she’s drowsy/sleepy but still awake. By doing so consistently, your baby should learn how to fall asleep on her own, rather than depending on you to rock, hold, nurse and/or sing her back to sleep when she goes through her sleep cycles.

– When your baby wakes, wait for a few minutes before responding. She may just fall back asleep after crying for a few minutes. If she continues to cry, check on her to ensure that she’s OK, but don’t turn on the lights and pick her up unless she has a soiled diaper, is hungry or seems to be sick. If you need to change or feed her, do so quickly and quietly with the lights dim.

– Make sure to feed her right before her nap and bedtime. With a full belly, she may wake up less often because she’s hungry and be more able to self-soothe herself back to sleep.

A safe sleep environment for your baby

In 2016, the American Academy of Pediatrics announced that babies should sleep on a hard, flat surface area, such as a crib or bassinet, but in the same room as their parents for at least the first six months and preferably, for a full year. The AAP issued this guideline to decrease the risk of sudden infant death syndrome (SIDS) and other sleep-related deaths in babies.

Learning to self-sooth takes time and it varies among babies, some need ample time and some need longer than that. Be patient, it’s your baby after all. Remember that consistency is the most important part, as it is what will enable your child to be successful. Be patient and do not give up too easily!