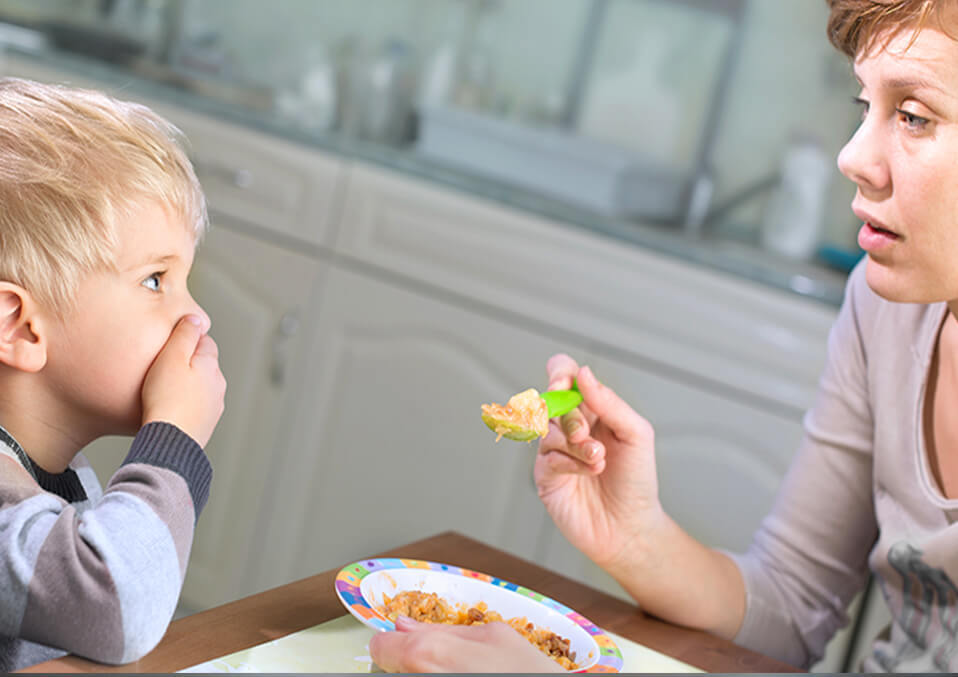 It is natural for parents to want their kids to eat well. Parents try a variety of food that their kids might like and that is good for them. Today, feeding children is a daily struggle. Parents are having a tough time to keep a positive atmosphere while feeding. But parents are at one point or another, worry that their kids are not eating well and enough nutritious food.

It is a very common scenario in the dining table when kids start to push food around their table. They complain that they don’t want to eat anymore or maybe want to be excused already. Parents might try hard to keep it cool by suggesting some couple more bites before they completely go away.

It is really worrisome when kids eat very little, don’t like healthy food or completely refuse to eat anything. Worries will increase when kids are not gaining weight or even losing some weight. This problem can be very frustrating to parents.

The truth is, children, eat when they feel hungry and they eat until they are full. But sometimes they eat just several bites and parents think they are unwilling to eat. Parents are then triggered and emotions will fly during meal times.

This reaction is understandable because parents are worried that kids will get hungry later on because they did not eat that much. Or the kids will be prone to sickness because they don’t like eating healthy meals. Another reason is that parents may have to spend a lot of time preparing the meal that they thought their kids will enjoy but they end up not eating it anyway.

But parents should stop worrying if their kids don’t finish their plates. Because forcing the child to eat will only do them more harm than good. Children, just like adults, have natural body cues that will signal them when they are hungry or already full. If parents are forcing the child to eat, they are changing their brain’s thinking to overeat.

Can you relate to the sickening feeling to your stomach or the need to unbutton your shirt because you overeat? That is not good for your health. When you eat too much, indigestion and feeling of fullness are unpleasant sensations.

The same goes for your kids. When you are forcing the child to eat even when they are already full or they are not hungry, their internal cues will become confused. They may now have a normal cue of overeating when they eat more than they wanted. This can lead to weight concerns later on and even obesity. This can affect their self-image and self-esteem.

Another concern is the snacks. Parents often offer snacks to their children at some point in the day. Constant munching can also offset their natural cues and mindless eating might become a bad habit. Parents can shift to more healthy and filling snacks if they want to offer their kids some snacks.  Healthy snacks include fruits, crackers, vegetables, cheese, and peanut butter. These snacks should be eaten at least two hours between meals so they still have an appetite for the real meals.

Unhealthy snacks like chips, packaged food, and drinks are bad choices because they will not make your child full and they will end up asking more snacks instead of eating the next real meal.

We also discourage parents to use food as a reward. For instance, you may offer a reward of food like vegetables when they do good. When you do that, they may associate the food in a negative light because they are being bribed to eat it.

Another tip is that you don’t have to make special meals to cater to your children’s food choices. You can make an effort to include one meal that you know they will like but you don’t have to make meals with their preferred food only. Let them eat other options for food on the table when they are still hungry. This allows them to try other dishes and not become picky eaters.

It is the parent’s responsibility to make healthy and nutritious meals for their children. But it’s not in their hands to decide how much their children will eat every meal. Parents can guide them in their consumption but they should not force them. When they feel that they are not forced to eat, they may be more willing to eat.

Your child will listen to their own body’s needs and they will tell you if they’re hungry and when they are already full. You can relax and trust your kids that they will meet the needs of their bodies as long as you offer them nutritious food and won’t force them to overeat. Keep in mind that forcing them will only do the opposite. They will be pickier in eating meals.

Parents should now stop worrying about their kid’s meals and try to use a better way to feed them. When they can see that the food is delicious or at an early age they are used to healthy food, they are more likely to love eating nutritious food. Kids’ preference in food varies as time goes by and it may change as well. So as long as parents are consistent in giving them healthy meals, it will eventually grow in them and they will love it later on. And parents will eventually learn that forcing the kids will not really help them but allowing them to eat at their own pace will do them more good.