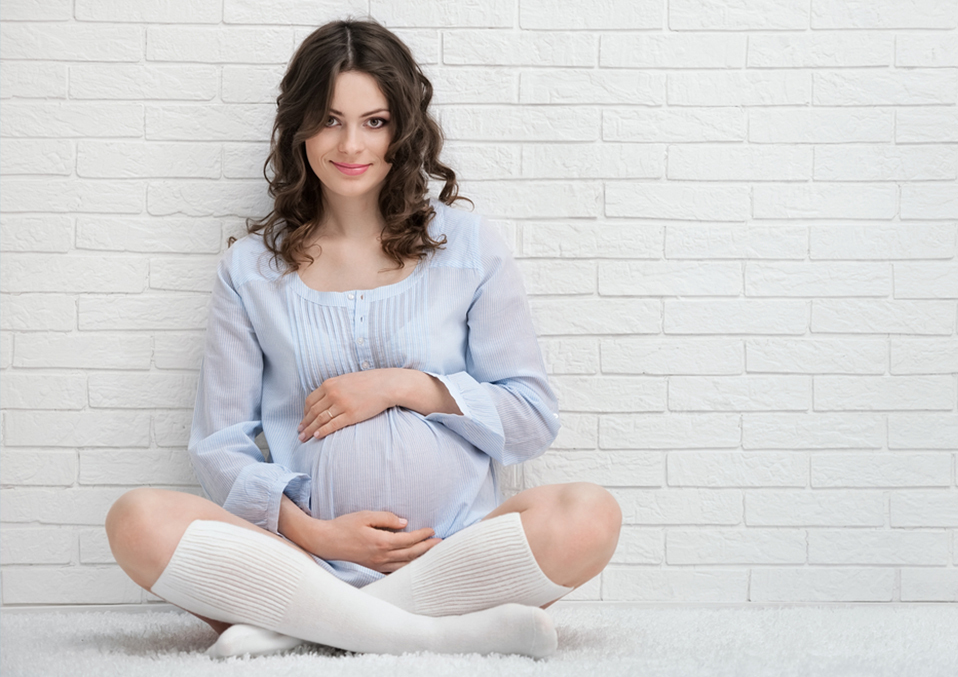 I the past, a lot of ladies used to have babies early in lifelike in their twenties. Nowadays, a big number of healthy women choose to delay pregnancy. So, have you ever asked yourself how old is too old to have a baby?

We can’t really speak about a determined agenda to specify the suitable period for pregnancy. There are lots of issues that influence in a person’s choice for having a son or daughter. Some of the main issues that future parents might consider before such an important decision are: financial ability to raise a child, shelter and life goals. Having a new family member definitely comes with a lot of responsibility.

A recent study showed that a healthy woman in her twenties has more odds of having babies with about 96% during a year of normal sexual activity. After 30 years of age, they noticed less possibility of pregnancy annually. Whereas a lady in her forties has definitely even fewer probabilities of having children with a rate of about 6 to 10 percent of normal sex in a year. Then, there are more decreasing chances the older a woman gets until about 4% for women beyond 45 years of age.

This difference in the possibility of having healthy babies exists for one main reason. It is the fact that all healthy ladies are born with a limited number of eggs in the ovaries. The older the woman gets, the fewer those eggs become. Even the quality of the eggs may decrease with age.

Nevertheless, there are lot of women who got a healthy pregnancy even in their 30 and 40 years of age. Still, one has to think twice before deciding to postpone pregnancy!

How Old Is Too Late To Have a Baby? 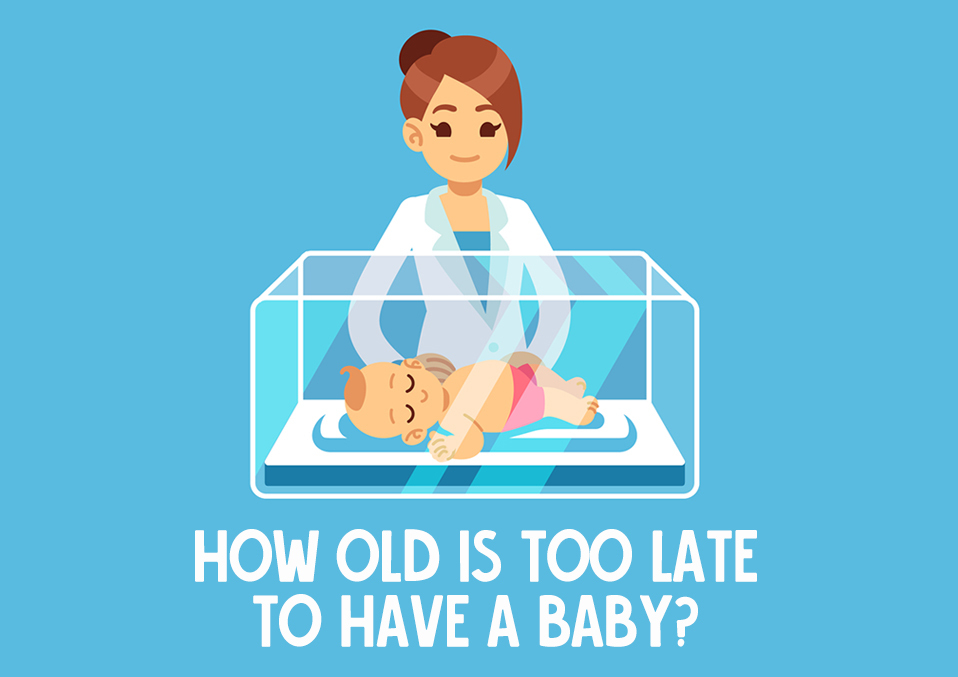 There are a lot of risks in postponing pregnancy until after the age of 30. First, your body may have become weaker. However, by that age, your financial situation would have improved to allow more confidence to raise a child.

One of the risks for women getting pregnant late in life is a miscarriage. The percentage of miscarriage in ladies in their thirties is about 25 %. The risk becomes even bigger from 40% to 55% among women in their forties.

Another big risk in postponing pregnancy is having some diseases like Preeclam Psia or Gestational Diabetes. getting pregnant late in life (after 40 of age) may lead to even more severe conditions like premature birth among babies that lead to emergency C-sections. Such women can develop genetic disorders as well.

Babies of 35-year-old mothers run the risk of down syndrome. Such a risk becomes even bigger among ladies of 45 years of age.

How To Avoid Staying Too Late To Have a Baby

One of the best solutions so that it’s not too late to have a baby is planning your life. The first thing is deciding to make a family. Finding the right mate is very important in this process. It’s important here to agree on having children earlier in the relationship. There has to be financial stability as well. So, it’s better to think about finding a good lasting source of money early in life.

The woman can also decide whether she is ready to create a nuclear family or raise a child on her own. Furthermore, she can decide about the number of children she is planning to have.

Planning Your Pregnancy Ahead 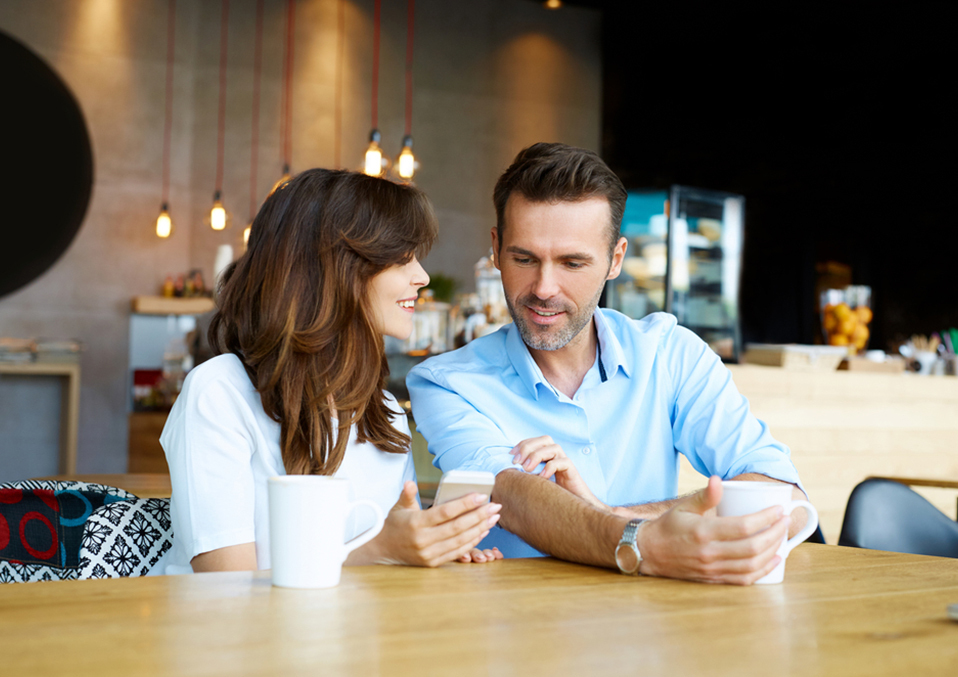 It’s always wise to plan anything worthwhile in life. The decision of having a child is one of the biggest in life. Lots of women in recent times neglect the dangers of getting too old to have a baby. Thus, they should consider planning their family life ahead to avoid any bad surprises; whether those of postponing pregnancy or those of getting pregnant early. Such planning can also give the woman more confidence to get pregnant.

For women above 30 or 35 years of age, it is better to plan to get pregnant for the first time before the age of 37. This way, you would have better chances to get one healthy child before your eggs get even fewer. However, an even older woman should think about some solutions like to freeze her lasting eggs.

A lot of Research warns women of having a baby after the age of 40. Those above this age are taking even more risks by getting pregnant so late. Doctors have reported that they witnessed many alarming conditions among such women that lead to child mortality and more.

The research concluded that the complications of postponed pregnancy were the same between the woman of the age 40 and those of 50 years of age in many countries. It is good news for such ladies because in the previous year’s things were different between these two categories. Medicine is trying to make progress in this domain to allow more women of different ages to get healthy pregnancies.

An Example Of a Delayed Pregnancy

Daniella James, 45 years old from London, had her first child in 33 years old and her second one in 42 years old. She says “My first pregnancy was way much comfortable than the second one and the second child was led to C-section emergency after birth”.

However, it is obvious that ladies shouldn’t stay till facing the unpredictable. They should plan such important things as making a family much ahead of time. You should not stay until you get too old to have a baby. A famous saying of “Prevention is better than cure” also applies to the concept of deciding to have a baby early or late in life. Society needs healthy and happy families and having a baby a bit earlier in life is part of the process.