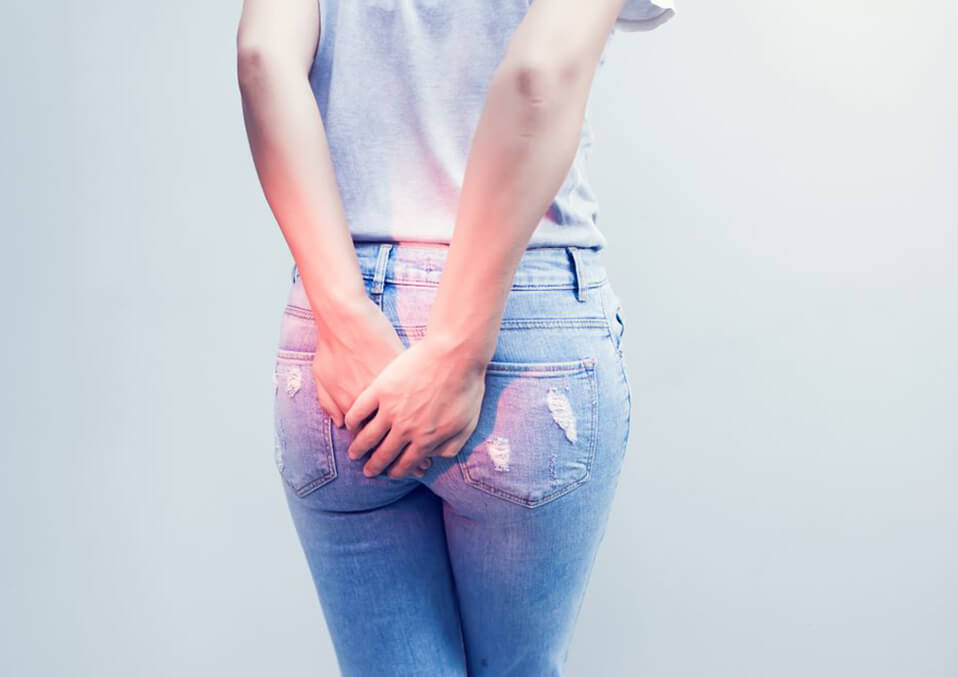 It isn’t only during pregnancy women undergo a lot of discomforts but even after giving birth. Apart from sleepless nights, painful stitches, and soaring breasts, etc., new mothers are also prone to hemorrhoids, which if left untreated can put a woman at risk of having postpartum rectal bleeding.

As frightening may it seem, rectal bleeding happens to many women right after they give birth. Caused mainly by hemorrhoids, rectal bleeding is primarily is an effect when swollen veins in the anus are ruptured when passing hard stools.

How dangerous are hemorrhoids? How can this be prevented or relieved? Read on below to find out more about this condition and ways on how to deal with it to avoid postpartum rectal bleeding.

Also known as piles, a hemorrhoid is a painful swelling of the rectal vein. It is when right after giving birth, most especially after vaginal birth, that women become more susceptible to hemorrhoids.

Hemorrhoids can appear in different sizes and can be extremely itchy or painful. In worst cases, it can cause your rectum to bleed, especially when you pass your stools.

Common during and even after pregnancy, hemorrhoids will disappear on their won weeks after you give birth if they are treated properly. In rare cases, about 25% percent of women who acquire hemorrhoids after childbirth develop them 6 months after delivery. Symptoms may vanish and the hemorrhoids may become smaller.

Why are pregnant women prone to hemorrhoids?

Pregnancy allows women to be at higher risk of having hemorrhoids. Here are the reasons why:

1.The pressure of the growing uterus

As your baby grows bigger in the uterus, it puts pressure on the pelvic veins as well as on the inferior vena cava, which is responsible for receiving blood coming from the lower limbs. As a result, the circulation of blood is slowed down from the lower part of the body and this raises the pressure being put on the veins found below your uterus, thus increasing their size.

The level of progesterone tends to increase when a woman is pregnant and this relaxes the wall of the veins, which makes them be prone to swelling.

Constipation, one of the many symptoms of pregnancy can also trigger hemorrhoids due to excessive straining when you are having a bowel movement and keep in mind that straining often leads to piles.

Too much pushing during labor can also make your rectal veins to swell and develop hemorrhoids.

Ways on how to prevent hemorrhoids and postpartum rectal bleeding

Although hemorrhoids usually disappear on their own, it will take up to several weeks depending on their severity, size, and location in the body. Here are some proven effective ways on how to make the healing faster as well as lessen the pain and discomfort.

When you are straining when you pass your stools, it allows the pressure to be on the rectum. If you want to speed up the healing of piles, avoid too much pushing or straining when sitting on the toilet. Trust gravity and let it do the job for you.

2.  Keep the affected area clean most of the time.

3. Include a sufficient amount of fiber into your diet.

We all know that fiber-riched foods help in softening our stool while giving it enough bulk. Adding fiber into your diet also helps prevent constipation and if you’re not constipated, you are less likely to have hemorrhoids.

Drinking plenty of water keeps you hydrated and away from constipation

A sitz bath, which should be done four times a day with a basin filled with warm water will help hemorrhoids to become smaller and eventually go away.

Sitting for a long period of time can lead to hemorrhoids. If you do, you can grab a pillow and sit on it to soothe the pressure on the rectal area.

With a clean ice pack, apply it on the affected area to lessen the painful swelling.

Exercising increases your movement and also your blood circulation which helps to speed up your bowel movement thus, reducing the risk of constipation.

Medications and supplements for hemorrhoids

You can find a number of topical medications and supplements that can also aid in treating the signs and symptoms of hemorrhoids. These are helpful to prevent the piles to become worst and lead to postpartum rectal bleeding.

These medications and supplements can be the following:

Hemorrhoids are found to be common to develop during or after pregnancy. Women who underwent vaginal delivery are the most susceptible to this condition. However, hemorrhoids will just vanish on their own within a few days up to weeks, but in rare cases, it can take up to several months.

Home remedies such as eating foods rich in fiber or apply creams and medications are effective. Just make sure to consult your doctor before doing so to avoid complications. Also, please seek emergency medical help should you feel any postpartum rectal bleeding.