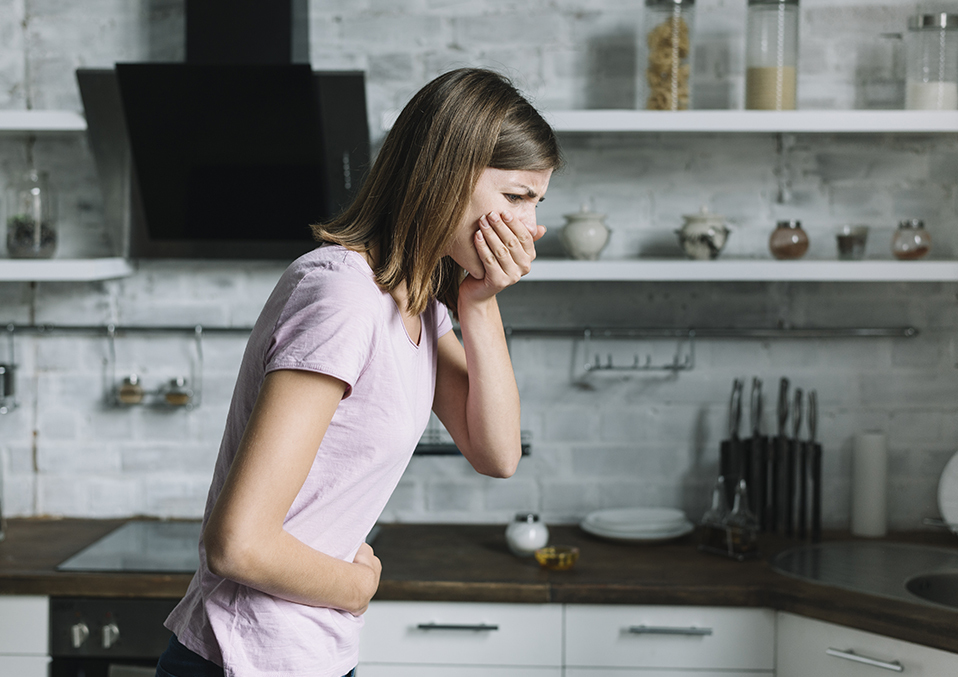 Pregnancy tests and ultrasound are the only methods to know if you are pregnant or not. However, there are numerous signs and symptoms that you can pay attention to, such as nausea, smell sensitivity, and tiredness.

When Does The Symptom Begin?

Your delivery date will be calculated on the first day of your last period. For this reason, even your first weeks without any symptoms are counted as your 40 weeks of pregnancy.

Cramps And Spotting In Early Pregnancy

From the first week to the fourth one, everything is still happening at the cellular level. The fertilized egg creates a blastocyst (a group of cells filled with fluid) that will grow in the baby’s organs and body parts.

Approximately ten to fourteen days (Week 4) after conception, the blastocyst will be implanted in the lining of the uterus. And it can cause implant bleeding, which can be mistaken for a mild period.

Here Are Some Of Its Signs:

Try to avoid drinking alcohol, smoking or using drugs that may cause you heavy bleeding.

The Missed Period At The Beginning Of Pregnancy

Once the Implantation is complete, your body begins the production of a little human chorionic gonadotropin (hCG). Besides, the ovaries are instructed not to release mature eggs each month.

Probably you are going to miss your next period just four weeks after pregnancy. If you have an irregular period, you should have a pregnancy test to confirm this.

Most Tests can detect hCG 8 days after the missed period.

Tiredness occurs during the whole process of pregnancy. This Symptom often occurs in early pregnancy. Your progesterone level will rise, and that will probably make you feel sleepy all the time.

Increase In Heart Rate At The Beginning Of Pregnancy

After 8-10 weeks, your heart can start pumping faster and faster, this is usually due to hormones.

The increase in blood flow because of the fetus occurs late in your pregnancy. Ideally, treatment begins before conception. However, if you have any heart problems, your doctor may help you monitor low-dose medications.

Breast changes may occur between the fourth and the sixth Week you will develop a soft and sensitive breast because of the hormonal changes. It won’t last for long; it will probably disappear after a few weeks when your body gets used to hormones.

Both nipple and chest changes can happen for about 11 weeks. Hormones are making your breast larger and bigger. Areola – The area around the nipple may get darker and grow large.

If you had an acne attack before your pregnancy, you may also have it again.

You May Have Other Symptoms, Such As:

Changes in mood and frequent urination and incontinence, Bloating and constipation, Morning sickness, nausea, and vomiting during your early pregnancy in addition to weight gain and heartburns.

What do you think about this? Share your opinion with us.