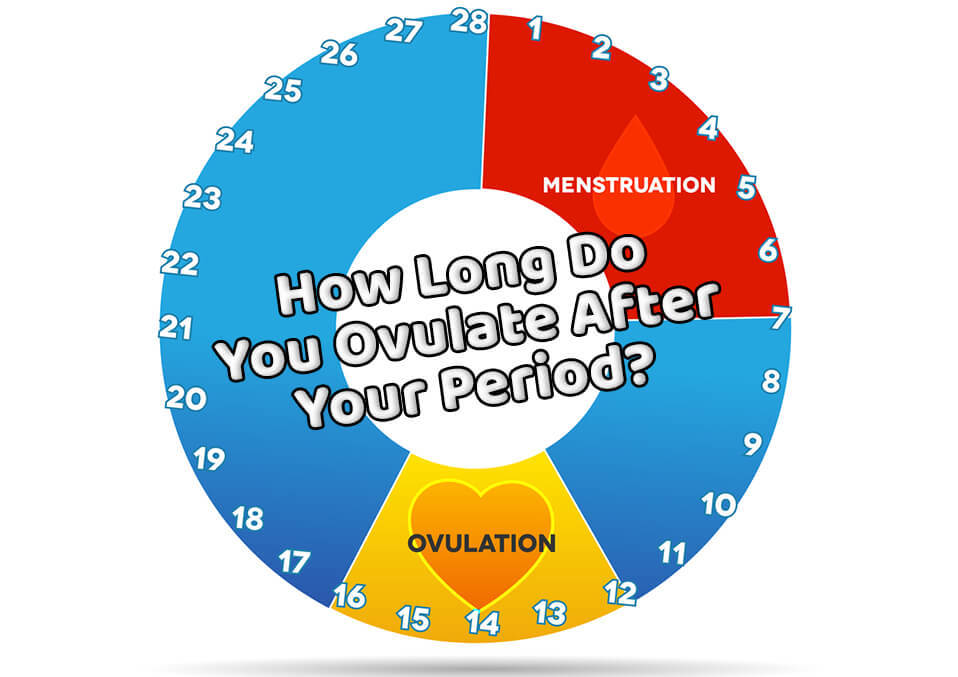 The body of a woman is very impressive. She undergoes a lot of changes in her body as she experiences the menstrual cycle or the monthly series of changes in her body. This menstruation prepares her body for the possibility of pregnancy. That’s why women must have knowledge and understanding of her ovulation cycles. Women should know especially if she’s trying to get pregnant or even not trying it yet, adequate knowledge is vital. Because understanding why you’re ovulating can improve the odds of conceiving.

How would you know when you are ovulating? Do you want to know if how long does it take for you to ovulate after your menstruation? If you want to get some tips and advice and a proper understanding of ovulation, then this article is best for you. Take time to read, and it might answer all the questions you’ve been asking.

It is the stage when the mature egg from one of the ovaries is released. Then pushed down to the Fallopian tube and the egg is made available to be fertilized. It actually happens every month. And the woman is most likely fertile when it’s the ovulation time.

Proper monitoring of ovulation is very important. It doesn’t only helps a woman when it comes to issues of fertility and health matters, but it also helps in determining if a woman is suffering from any kinds of disorders such as Polycystic ovarian syndrome, Hypothalamic dysfunction, Premature ovarian insufficiency and any causes of hormonal imbalance. Early detection can be done if proper monitoring of ovulation has been made.

Some women don’t mind about how ovulation works. This is something that we should be taken care about. It might not be very important for now, but when something happens, you’d know how important to have knowledge for this. Women’s ovulation development is considered by a period of raised hormones during the menstrual cycle. It can be divided into three phases and these are:

This stage begins on the first day of a woman’s period and ends when a woman begins to ovulate. The egg containing pods called follicles to ripen and one of the eggs matures during this phase. The lining of the uterus will also begin to thicken.

In this phase, the ovary releases the egg that is mature down to the fallopian tube on its

way to fertilization. The ovulatory phase is considered the shortest phase of the cycle and would most likely last within 24 hours.

In this stage, a fertilized egg will be embedded into the womb, while the eggs that aren’t fertilized just slowly end to produce hormones and most likely melts within 24 hours.

When does ovulation normally happen?

Normally, ovulation usually arises when it is midway through the woman’s menstrual cycle, or around the 14th day of the typical 28-day cycle counting. A woman’s monthly cycle is defined from the first day of a period to the first day of the following period. Normally, a woman’s cycle is between 28-32 days However, it doesn’t normally happen to some women because some women have much shorter or longer cycles. The beginning of every cycle is considered to be the first day of the period. At approximately 12 to 16 days; the egg is finally released before the due of the next period.

Ovulation can be measured or calculated from the first day of the last period or by calculating 12-16 days from the next anticipated period. Many of the women ovulate amid the 11th day to 21st day of their cycle, which should be counted from the first day of last menstrual period. Most women will start to get their first period from age 10 to 15 years old. They also begin to ovulate and would be able to conceive as well. This is a time discussed to as the starting. On the other hand, ovulation stops after the menopausal period. On average, menopause happens between the ages of 50-51 years. This could be in the time leading up to menopause.

If a woman will not ovulate throughout a specific time, the point is with the sperm will not happen or is not possible. Basically, unstable ovulation describes that something is not right and that you are currently experiencing hormonal imbalance. This time, you need to seek advice from your doctor. It is something to be taken care of because, over time, this can increase the risk of a woman’s health and worse, it could also lead to cancer.

You might feel nothing or no pain at all, but if you are having issues already when it comes to your ovulation, do not ever hesitate to visit your doctor. They will correct your cycle with prescribed medicine. Early detection is way better than knowing it late.

Awareness about ovulation is essential to our lives. This also constitutes fertility awareness for most women. Knowledge about this can be useful in the assessment of a woman’s health. If a woman monitors her fertility, she may be able to know if her menstrual cycle is normal or not. It is very rampant nowadays that some women suffer from different illnesses of their ovaries. This issue is something to be focused on seriously.

Regular monitoring ovulation is one of the most vital pillars of being pregnant. Understanding when and if ovulation is occurring can actually make a difference for those couples who are trying to get pregnant. If ovulation isn’t usual or is happening rarely in a woman of age, then there is a cause of worry.

We should not take for granted the little learning we can have when it comes to our health. This awareness will help you identify if your fertility and infertility periods. It can also help to determine if you are suffering from an illness. In the end, female puberty is considered one of the most important issues in a woman’s life.