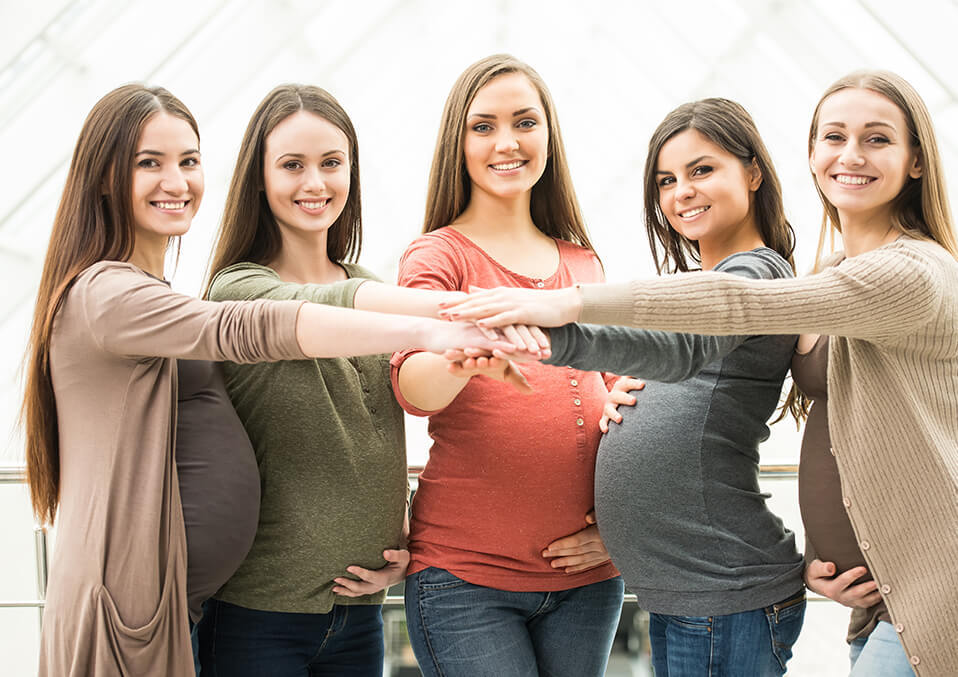 Pregnancy or maternity is a crucial stage for women. All women have different experiences when it comes to their maternity stage. What is a better way for a pregnant woman to chill at the house? how to get entertained? When it comes to a pregnant mom, there are a lot of pregnancy television shows or TV shows with pregnancy storylines to watch. By watching some of these tv shows or documentaries about pregnancy you may be able to say things like “I thought I am the only one!” or “It’s a good thing that I knew about this!”

In this article, we listed some awesome and entertaining pregnancy television shows that tackle and discuss almost everything about pregnancy, motherhood, and birth.

I Didn’t know I was pregnant!

This American TV series which was produced by the Discovery Health channel has an interesting and intriguing collection of pregnancy storylines. You may consider this as an unexpected television show because of its unique storyline. At this TV series, they show the stories of women who didn’t know that they were pregnant until they feel the pain of labor or they feel hurtful contractions in their tummies for a few days before they give birth.

This show may amaze you and entertain you because they will show you stories that you didn’t expect to happen. Some explanations at this TV series is that the reason why mommies in this show didn’t know they were pregnant because they are having an inactive fetus and problems with conceiving which they have experienced for a long time with dieting and mostly irregular periods.

This show can be relatable to most teens especially those who became a mom at sixteen. The show has been airing at MTV since 2009. The guests on this show are pregnant teens and they discuss the problems and hardships they have experienced with their pregnancy. Moreover, they also give inspiration to the viewers by telling their stories and how they manage their responsibilities and the pressure of being a teen mom, also how they were prepared for the birth of their baby.

This show serves some drama and deep emotions as well as baby daddy problems. Also, this TV show also lets the viewers see how the teens manage to survive such a life-changing experience. Lastly, this show will show you the different kinds of problems pregnant teens have to go through financially, physically, psychologically and socially.

I’m Pregnant And.. is an American TV that has three seasons. This TV show shows stories about pregnant women who were going through different kinds of challenges through their pregnant journey.

In this pregnancy television show, you will also see how pregnant women deal with their health issues like bipolar disorder, addiction to drugs or homelessness. Lastly, this show will make you feel inspired and motivated to face the problems you are facing through your pregnancy.

This pregnancy television show is about the Braverman family and their three generations. This also tackles about what they are going through as a family, the challenges they face in falling in love and how they managed it, getting married, pregnancy, motherhood, and birth.

If you are a fan and you know Gilmore Girls, you must have enjoyed how Lauren Graham acted on that show. Parenthood will give you entertainment and will remind you of the feeling of fulfillment of watching your kids grow up.

This TV series is about Ben who got in a one-night stand, got the girl pregnant and left his child at his place. Baby daddy is a show that allows the viewers to see a comical and unconventional side of parenting. When Ben is about to bring his little girl, he seeks help from his brother, two friends and his mom, Bonnie.

If you chose to unwind, chill or relax, this is the show for you because it is not as serious as you think.

If you resent your pregnancy and you often want to look back to your single life like many moms, this may be the show for you. Some moms wish they could go back to their single life where there is no responsibility and this pregnancy television show has that storyline.

Mindy Lahiri is a single woman that’s going through the challenge of dating drama. She wants to prove to everyone that she is brilliant and excellent. This show will make you feel thankful for your child and family.

This TV show has a comedy that will make you laugh and have fun while watching. Everyone loves the old classic 90s and this TV series has that.

In this show, Phoebe became a surrogate mother for her brother. As the show goes on, you will see her amazing takes on pregnancy, the challenges, and the problems she faces. For example, she is suddenly craving meat but she can’t eat it because she is an animal lover. This show will make you remember how important it is to have someone by your side through your pregnancy.

Pregnancy television shows will not be complete without Jane the Virgin. This show was about Jane having a routine to visit her gynecologist but suddenly transforms her life when her gynecologist suddenly inseminated her artificially, making her a virgin pregnant mom.

On the other hand, the dad of Jane’s child was a hunk, Rafael, with whom she decided to raise her child and take the career of a writer. This is a show that is filled with drama but will surely bring you life lessons.

Riverdale is a show that everyone surely loves. Polly Cooper is a girl who was sent to the Sisters of Quiet Mercy to help her conceal her pregnancy. When the truth about her pregnancy came out, her family and the baby daddy of her child, Jason Blossoms, fought to care for the baby.

Riverdale revealed a twist when Polly delivered twins. She moved out to The Farm to avoid the drama, war, and threats she experiences. This show will surely make you feel guilty pleasure.

The secret life of the American teenager

Amy is a fifteen-year-old teenager who got pregnant because she had sex at a band camp with Ricky Underwood. However, she has a boyfriend named Ben who became supportive of her despite her situation. This drama shows the life of Amy, her family’s initial reaction and dismay with her pregnancy but eventually supported her, her friends’ side and Ricky’s frustration and huge desire to be part of Amy’s baby’s life.

Actually, there are still a lot of beautiful pregnancy television shows for pregnant women to watch and make their 9-month journey less scary and stressful. Now, sit back on your couch, grab your popcorn and watch the shows!