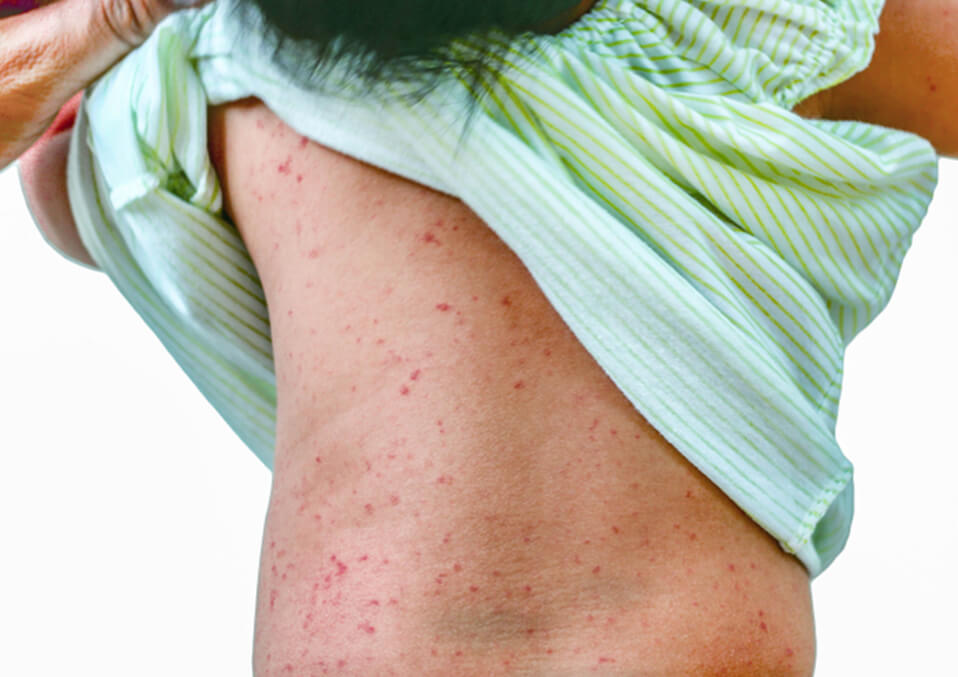 Roseola is a viral infection that creates a lot of confusion because of you would check the information of the internet, there are people that state that when it infects the pregnant woman, the fetus is also affected while there are some people that states that it will not cause anything to pregnancy. In this article, the roseola virus will be discussed and the confusion about whether or not it will affect pregnancy will be answered.

Roseola is just like other viral infections that affect children up to 3years old. It is considered a mild infection due to the virus called human herpes virus. Its common symptoms are high fever that is accompanied by a rash in different parts of the body, especially on the arms, legs, neck, trunk, and face or you can also have roseola without fever but with rashes. Most parents do not see the rashes because it would only show up for a couple of hours, while the fever would last for about 3-4 days that is why it is commonly perceived as a simple fever.

When your child gets infected with roseola, he develops antibodies that will let him be immunized to it that is why roseola hits only once. Aside from children, pregnant women are also easily gets infected with this disease because, during pregnancy, different antibodies are not available on the human body.

How do pregnant women get this disease?

When a pregnant woman gets this disease, it means that she did not have experience in getting this disease in the past. During pregnancy, your immunity is not enough to fight for different kinds of diseases that may be exposed to you that is why are you are prone to it. Roseola can be transmitted through viruses that are carried by cough and colds and it can also be transmitted through infected hands, sharing of kitchen utensils or if you are staying with the person who has roseola.

When a pregnant woman is infected, usually she acquired it from her family members where it can’t be avoided because the virus is circulating in just one roof. In case one of your family members is infected, make sure not to have physical contact and always wash your hands.

Can it affect pregnancy?

There are different studies that show that roseola during pregnancy does not affect the baby. However, when you have roseola, you may need to inform your doctor immediately because roseola may not have a direct effect on you and your baby but its complications may do. The symptoms of roseola to children and to adults is different, for adults or pregnant women, the symptoms are high temperature, loss of appetite, swollen lymph nodes, sore throat, runny nose, and rashes.

It is not advisable for you to self-medicate unless the medicine used is advised by your doctor. Usually, the symptoms of this disease are gone automatically after a few days and you can no longer encounter it for the rest of your life. After you are infected with it, your body will produce antibodies to make yourself immune. It can only affect your pregnancy if the symptoms will affect the way how your body reacts to this virus.

How to cure roseola?

Aside from water, you can also drink fresh fruit juices. It will not only make your immune system stronger but fresh fruits are also enriched with vitamins and minerals that are necessary to fill in the daily needed nutrients for pregnancy.

Read also: All you need to know about ear popping during pregnancy

One of the symptoms of roseola is cough and colds, if you have these, it would be advisable to drink or eat warm foods such as soup, tea or broth because warm food and drinks are known to kill some bacteria that may worsen cough and colds. It is also advisable to eat fresh foods so as not to invite bacterial and fungal infections that thrive in near-to spoil foods.

The quality of rest is very crucial especially when you are pregnant because it is the only time where the bodies recover and gain energy to fight other pregnancy diseases or illnesses. If you are well-rested, it is easier for your body to have a fist line of defense against these detrimental factors.

Read also: Simple tips in getting rid of pregnancy mask

Taking medications and supplements are not allowed during pregnancy unless you have medical certifications. Supplements are also known to boost nutrients in the body as long as it is supervised. Be careful in choosing the medicine that you will be using because it may have a negative effect on your fetus. Experts would always say that it is better to endure the pain and the irritability that you experience rather than taking in medications that will not guarantee you the safety of your baby in your womb.

Tips to avoid roseola during pregnancy: