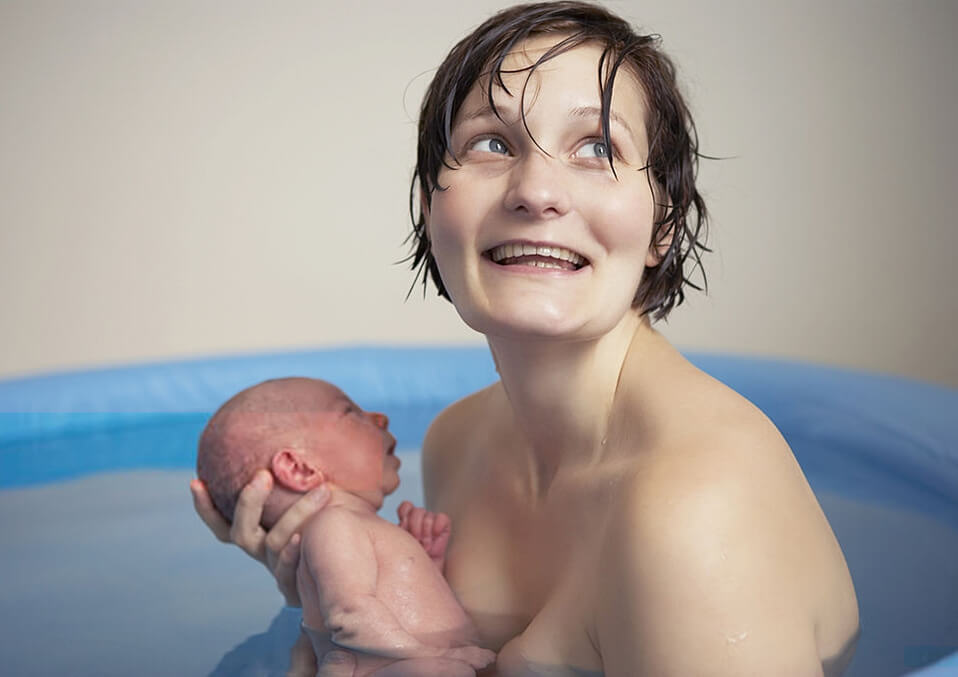 As a pregnant, the water birth is accounted for as a great welcome to the world nowadays either for the pregnant or the baby as well. Nevertheless, the user of this means needs to be careful of what is okay and vice versa during going towards this route when you are labor. Therefore, for more information here are some of the water birth benefits in addition to the risk you need to know. Also, what the pregnant should expect if she thought it is for her.

What Is a Water Birth

It is called a water birth because the pregnant spends a long part of her labor period in a birthing pool which is filled with warm water. Many pregnant women, as well as practitioners, say that it has great benefits also it is believed from doctors that the water birth is completely accepted among lots of midwives. Nevertheless, not all of the doctors are practicing the water birth it widely because making a delivering within water may put the pregnant baby at risky condition .furthermore, no scientific study has claimed or declared the confirmation of the benefits while the stage two of the active delivery while the baby is in the phase of pushing out.

It is believed by the college of Obstetricians and Gynecologists which is located in America that laboring in the water with the delivering on land is highly recommended. But it may lead to potentially fatal and serious circumstances in newborns so doctors order to be aware not to make the delivery process of the baby in a strong way.

The Benefits Of Water Birth 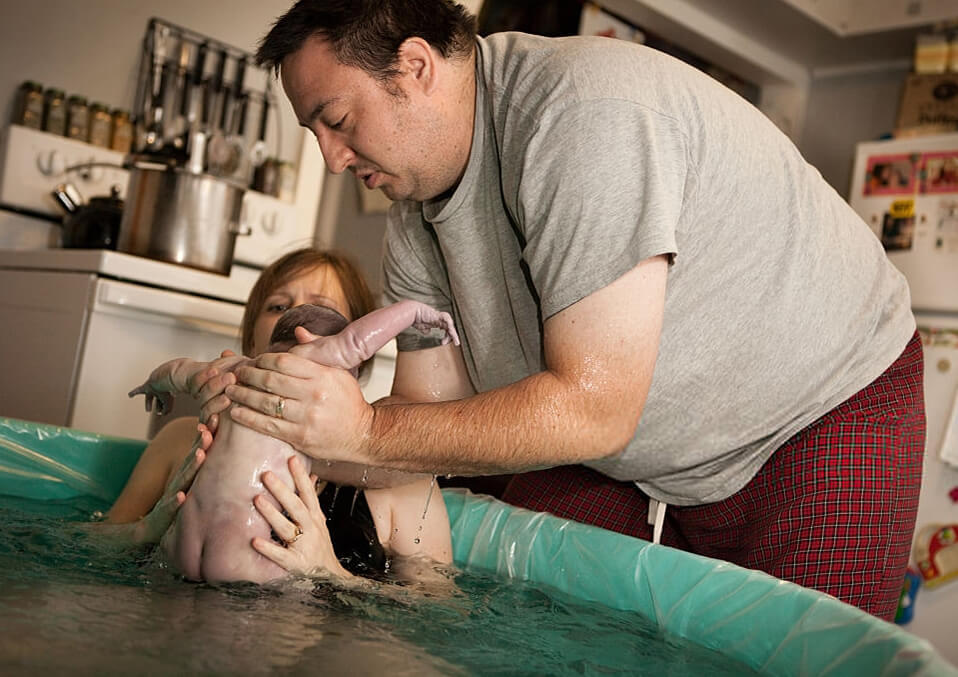 Water Birth is unfolding with many hormones .in addition, it positively makes physical changes for example, it intense the contractions of the muscle. There are a lot of variables that affect the discomfort of the woman’ level even intense sensation or the pain .the water birth has a great advantage because it assists in providing the buoyancy that helps in making the pregnant feel more lighter not only this but it also reduces in an unbelievable way the feeling of the pressure. Through water birth, the pregnant will be able to easily move and consequently, the pregnant will be able to find the most positions that are comfortable.

During using the water birth in the first stages and whereas the cervix expanding in addition to contractions, the pregnant preferably pick up in intensity and frequency, and before she pushes the baby out it may

The pregnant may find out that it is relaxing to start labor in the water birth; even if she decides not to stay in the tub of birthing for a long time whatever it because she is uncomfortable or even her hospital refuses to allow her.

The Downsides And Risks Of Water Birth 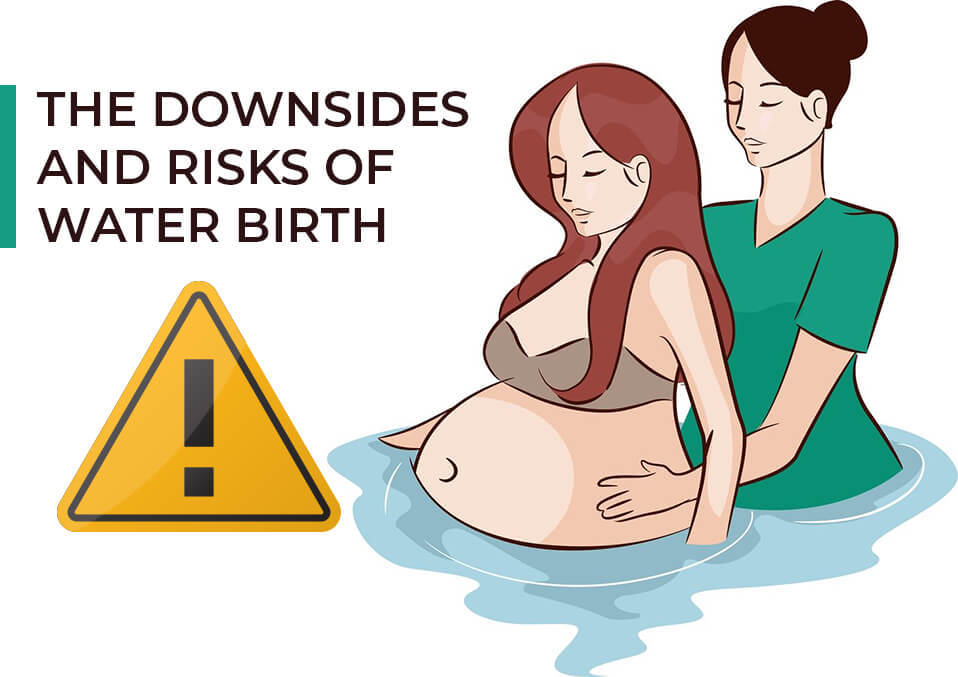 Because the newborns do not breathe in the utero; in theory, the baby must not begin to breathe till he or she comes out in the water in addition to the air.

Nevertheless, the ACOG remains saying no when it comes to absolutely making birth within the water.

Nevertheless, if the newborn does really happen to take the breath when he is submerged; that may potentially cause a serious complication.

For example, drowning as well as the meconium aspiration.

The centers for disease control; in addition to prevention claims that the newborns which are born underwater; may contract the legionnaires’ disease; which classified as a very serious type of bacterial pneumonia; because it was a case with mainly two newborn babies delivered in the bathtubs of home in 2016.

Legionnaires’ disease is an extremely real potential complication of the birth within water; that parents need to take into consideration although several types of research have to be done.

ACOG declared that it is ok for the pregnant to be labored in the water birth, however; the moms have to push as well as deliver on the dry land; because of the risks that the baby may encounter during the final stages of the delivery in addition to labor.

When You Can’t Have a Water Birth 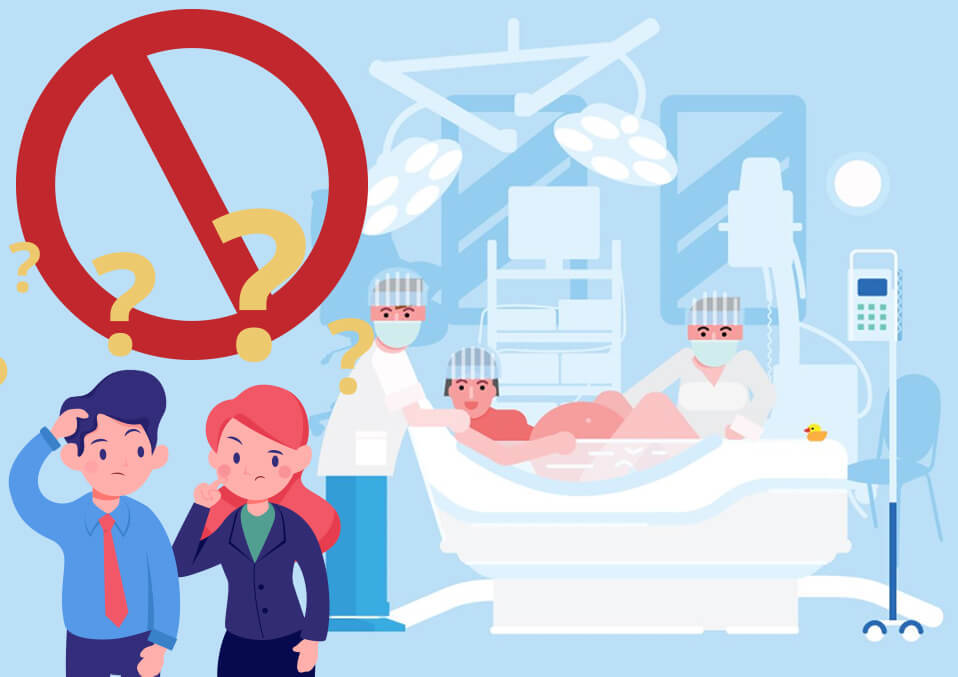 Because the continuing of the electronic fetal is not possible while a water birth. It is accounted for just an option if the pregnancy has been low danger till now. Otherwise, the baby may need immediate medical attention; which is the best offered in a hospital that is to say; water birth is completely not recommended if the pregnant have:

Where You Can Have a Water Birth

Ordinarily, the pregnant could have the water birth in the next places

The hospitals are less probably be equipped; so as to handle the water birth whereas the majority of birthing centers including birthing pools; or even Jacuzzis although some hospitals will.

However, do not allow a lack of resources make you discouraged: advocacy group such as water birth; International can be able to negotiate the permission from the hospital for you to bring either a purchased or even a rented birthing pool.

Also, it is preferable to enlist help as soon as possible; because if you waited till the last trimester; in order to request a water birth it seems more likely you will not be able to have one.

You are free to benefit from the bathtub during the early stages of the labor for sure if there were planning of home birth.

How Much Does a Water Birth Cost? 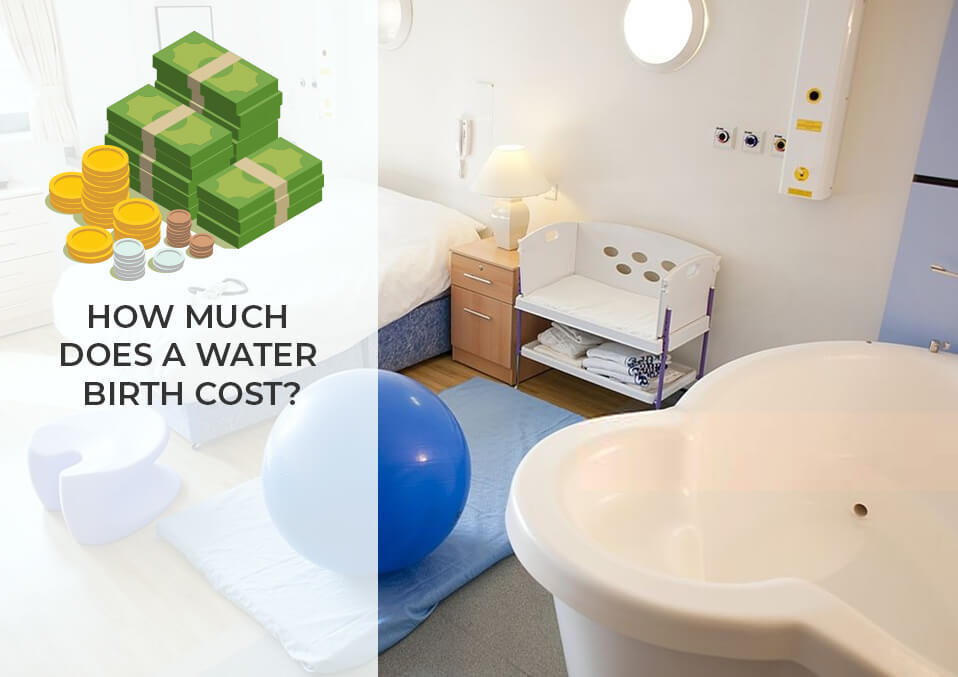 The water birth cost may vary; it depends on where or whether the hospital and the birthing center offer it as a choice. It is believed that the hospitals as well as centers; that really have birthing pools probably charge you a fee for the use of it; even they may not charge if the equipment were on the hospital hand.

You can buy your own pool kit for around $250 OR even less. Moreover, if it was gotten through the midwife there may be a charge of a fee to rent it, it is how much would depend on the midwife.

A water birth within a tube or pool; maybe looking like a natural manner to come into the world; when it is considered that the pregnant ‘s baby spends the nine months floating, within the wet as well as warm comfort of the amniotic fluid of the womb.

However, it is significant that the pregnant realize exactly when it is fine to be; within the water during the labor as well as the process of childbirth.

Also, when it is not so that the pregnant be able to choose the best decision for her in addition to her little baby.