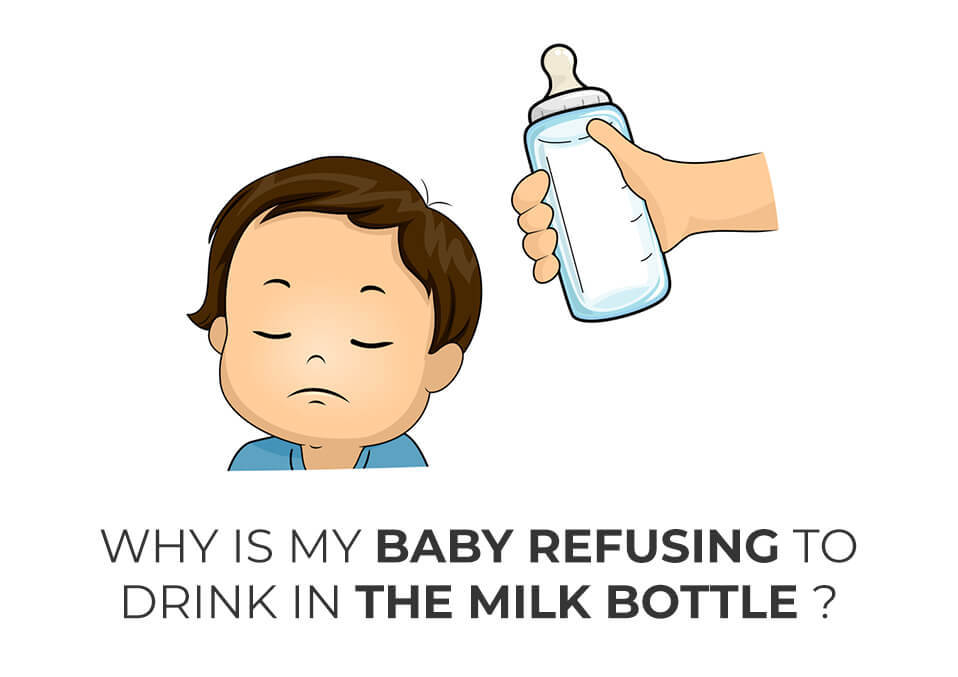 Breastfeeding or feeding your baby with milk can sometimes be a difficult responsibility to a parent; there can be certain times wherein your baby might deliberately refuse to drink in his or her bottle; although it is certainly normal and nothing to worry about; it can be a troubling situation for a parent.

However, babies are not as fickle as you think they may seem; a baby suddenly refusing to drink from his or her bottle might indicate something is wrong with your feeding skills.

There are many ways to change this but the most important part of parenting is correcting your parenting skills; it is important to take note that the baby refuses to drink on a bottle because there might be something that makes them uncomfortable; if you have detected and worked out what reason it is; then you can help your baby in making them more comfortable in drinking in bottles.

Should I be worried about my baby’s refusal to drink in a bottle?

This should not be a general concern and problem to the parent; however, if you think the baby is losing weight due to refusal of drinking the milk you may consult the doctor for more options; however; in a general sense it is a normal phase for the baby to stop using a bottle; it is not a problem and does no risk to the baby; the only parents who see this as a problem is if the parent is making this a control issue between her and the baby.

Many breastfed babies can be used to sucking on their mother’s nipple that it becomes very hard for them to take the bottle when the time comes; some babies also want to grow early as they want to eat more solid foods than breast milk and it is totally fine.

Why is my baby not drinking in the bottle?

There can be a number of reasons why this happens; most importantly always remember that it happens and it is normal; babies are not able to communicate properly with their parents so their only signal for help is cry or refusal.

Some of the things you should check to determine the baby’s problem are:

Read also:  Why Babies Are Making Noises While Breastfeeding?

Read also:  Laid-back Breastfeeding Is This The Best Position.

If you have made sure that everything that is mentioned above is properly intact but still the baby refuses to drink in the bottle; don’t try to force them to take the bottle away from their sight and make sure to offer them a bottle of milk before or after they eat, it is important to create a sense of demand from them.

If you keep forcing them to drink on the bottle, they will refuse and it would be a bad situation because you are forcing to control your baby, let the worry fade, they will surely want the bottle back after creating a demand, besides they will also feel thirsty after eating so they will probably drink their milk.