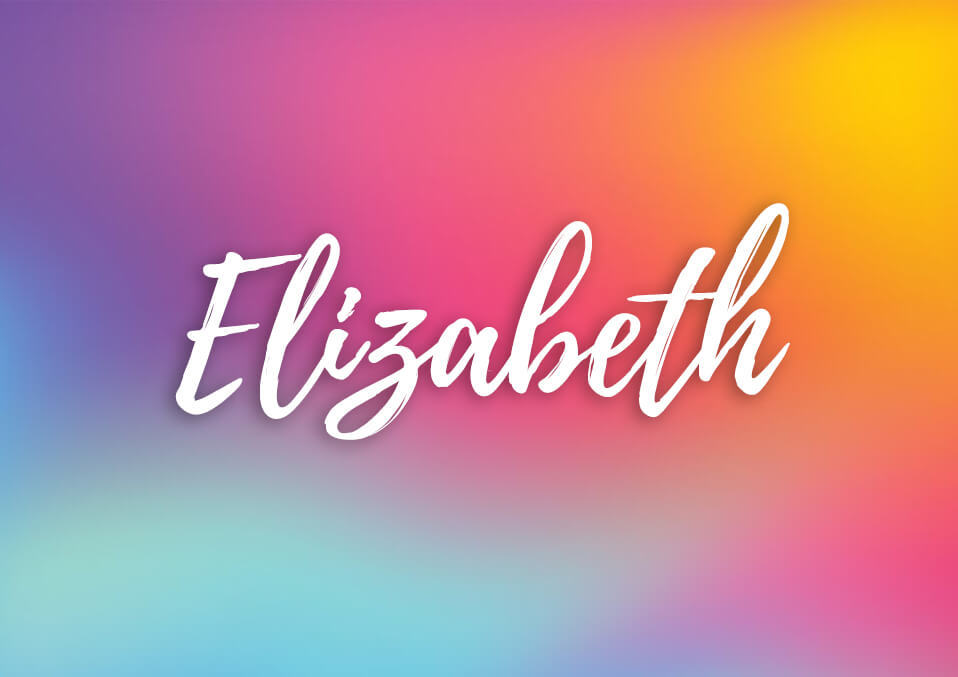 If you are thinking of a beautiful, classy name for your baby girl, you can choose the name “Elizabeth”, which has always been one of the most popular girl’s names of all time. Royal families have used “Elizabeth” (think of Queen Elizabeth I and Queen Elizabeth II), and many celebrities, artists, and singers have this name, too. Elizabeth is preferred by many because it sounds pretty and classy. Since “Elizabeth” is quite long, people have come up with nicknames and shorter forms of this lovely name.

Some of the popular nicknames for “Elizabeth” are “Liz”, “Liza”, “Beth”, “Betty”, “Eliza”, and “Ella”. But there are many other nicknames that are more unique and uncommon.

Here are some uncommon nicknames for “Elizabeth”:

1. Babette – This name is of French origin and means “My God is plentiful”.

2. Bee – Although this is more popular as a nickname for “Beatrice”, “Bee” can also be used as a shorter, more hip nickname for the old-fashioned “Elizabeth”. “Bee” as a girl’s name means “she who brings happiness.”

3. Bess – “Bess” as an English name means “my God is bountiful” or “God of plenty”. This name has been used since the 16th century.

4. Betsy – While “Betty” is the more popular nickname for “Elizabeth”, “Betsy” has a retro feel that can make anyone who has this nickname feel young and perky. It is said to be popular during the 1940s and 1960s.

5. Bettina – This name is considered as a shorter version of Italian names “Benedetta”, which is the feminine form of “Benedict”, and “Elisabetta”, the Italian form of “Elizabeth”. It is already a diminutive, but it can still be shortened. “Betty”, “Bette”, or “Tina” are the shorter forms of “Bettina”.

6. Billie – This name is said to be the feminine form of “Billy”. It may not be a popular nickname for “Elizabeth”, but if you want to stay away from the girly nicknames, you can use “Billie”.

7. Eliza – a shorter form of the name “Elizabeth”.

8. Elle – a short, pretty name derived from the French word “elle”, which means “she”. This may be one shorter, lovely version of “Elizabeth” and other names such as “Eleanor” and “Elise”. “Elle” also sounds classy and sophisticated.

10. Elsie – In German, “Elsie” means “noble”. It is also a diminutive of “Elspeth”, the Scottish form of “Elizabeth”.

12. Libby – “Libby” is already a cool name on its own, but it can also be a cool, unique nickname for “Elizabeth”. It can also be a diminutive of “Liberty”, “Isabella”, “Arabella” and “Isabelle”. A spelling variation is “Libbie”.

13. Thea – Can “Thea” be used as a nickname for “Elizabeth”? YES! You can use “Thea” as a nickname and people will never be able to guess that it’s just a shortened form of “Elizabeth”. “Thea” as a name means “goddess” or “godly”. It can also be a diminutive of “Dorothea” and “Althea”. In Greek mythology, Thea is the goddess of light.

14. Zabby – “Zabby” is a very unique diminutive of the name “Elizabeth”. If you want something that starts with a “Z”, you can consider using this as a nickname. A variation is “Zabbie”.

16. Zizi – “Zizi” as a name is of African and Romanian origin that has the same meaning as “Elizabeth”: “pledged to God”. It is a very unique and chic nickname for “Elizabeth”.

Even though the name may seem old-fashioned, you can make this name more interesting by using some cool, unique, uncommon nicknames for “Elizabeth”.