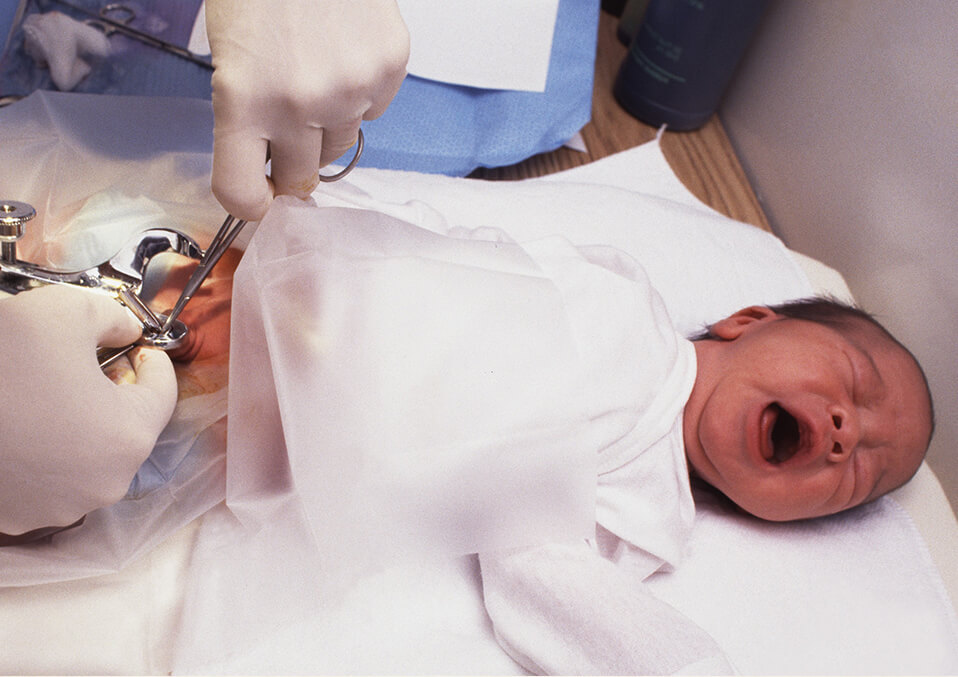 Circumcision is a cultural phenomenon wherein a surgical procedure is performed to remove the foreskin of the penis. This cultural tradition that has been done during the ages has been present in the very early Jewish culture and tradition and other cultures around the world, although the act of circumcision is also present in unknown tribes such as tribes in Africa and Pacific Coast islands.

Circumcision although it is highly correlated to the hygiene and the general procedure of circumcision that involves the removal of the tip of the penis. There are also circumcision practices for females in some secluded cultures around the world. This procedure is seen as harsh and a form of mutilation for the undergoing females, however, why don’t we get that harshly offended for such cruelty if it’s been done to the boys for centuries due to its old nonsensical tradition?

Almost 1/3 of male babies born in the U.S are circumcised while in other countries such as Australia. There is less than 20 percent of the total males getting the procedure. There are also many countries around the world where circumcision is still a common procedure to be done because it is expected of them some countries include Papua New Guinea, Mexico, and The Philippines.

There are many reasons why to let your child be circumcised at an early age or not but you as a parent should always know it’s possible benefits and what are some of the risks and complications of circumcision that can outweigh the good.

Although you might hear of the benefits of circumcision such as less transmission of STDs and other sexually transmitted diseases such as HIV, gonorrhea, and others. Nevertheless, this prevention of STDs through circumcision may be too small to justify the surgery considering that it is done on babies that are in common sense not sexually-active.

Circumcision also has many different types or methods of the procedure with the usual common being performed either by general anesthetic or local anesthetic. Either way, the general overview of circumcision is still very controversial since it’s benefits and risks are often two sides of the same coin.

Reasons not to be circumcised

The Aftermath of Circumcision

From a different point of view, we can consider circumcision as a form of mutilation that can be deemed as unnecessary by many. If you are considering performing circumcision in your baby there can be some unwritten side effects, complications and risks that come in full legality.

If you are letting your son be circumcised, it is very important for you to discuss the wide range of issues with your doctor because circumcision can be a tough thing to do it’ss procedure is intricate and needs accurate precision.

One thing that is possible is the negative reactions and unknown side effects of anesthetic considering that your baby still has many unknown physiological reactions to any chemicals he may derive.

Complications after the circumcision performed

There are also reported complications that are far worse than the said above so it is best to try to avoid this procedure as much as possible especially if the beneficiary is just outweighed by the risks.

It’s your decision! Not your baby’s decision!

Just imagine the trouble that your future baby big boy will get over the reduced sensitivity of his penis when having sex. It will really affect his sex life and chances are, there may be a decrease in sexual pleasure.

It is a life long term of consequences due to your own decision. That is the reason why as a responsible 21st-century parent you should know the rights of your baby and if not try to know how all of the things you are doing for them might affect their entire life. Circumcision is not just a surgical procedure but it is also a choice, a choice that should be made by your baby.

Circumcision is considered a thing of the past that provides really little benefits aside from its cultural perspective which makes the surgical procedure seem like a test that a baby boy must challenge.

Whether you are or not in favor of circumcision it is always important for you when to get help, if you want to proceed with the surgery then be sure to seek your medical doctor and local community center to make sure that the surgical procedure will be done well.