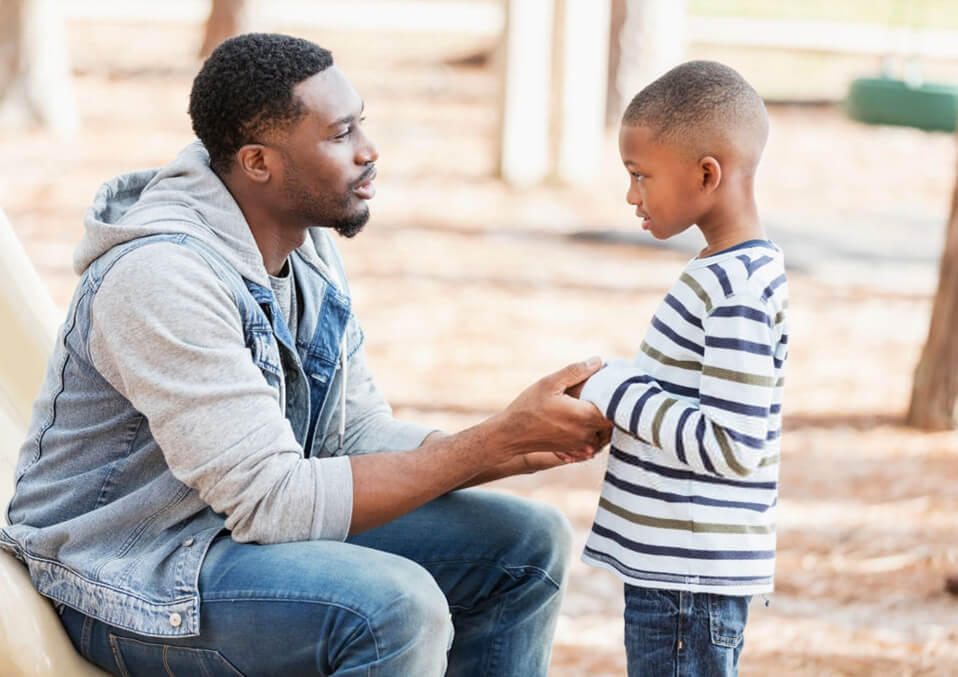 The responsibilities of a dad are essential in the child’s development and growth. Parents have a big role in the growth process of a kid. In some situations, moms and dads complement each other’s responsibility but there are some things only a father can do. For the kids, dad is the hero in the household. The actions and behaviors of a dad greatly impact a kid so dads must behave responsibly. A dad’s duty is to make sure that his children are in a healthy environment to mature mentally and physically.

Dads, moms, are the backbone of a child’s emotional wellness. The role of a father in our life is that they provide security both emotional and physical. Kids want their dad’s proud, and engaged father supports inner strength and growth. Researches have shown that when dads are loving and caring, it significantly influences a kid’s mental and societal advancement. Also, it encourages a complete sense of comfort and confidence.

Dads set the bar for relationships with others

One of the obligations of a father is not only affecting our inner character but how we have connections with people as we mature. The way our dad treats his kid will affect her or he seeks in other people. Acquaintances, partners, and lovers will all be decided about how the kid understood the meaning of the association with her or his dad.

Dads and their daughters

Young daughters rely on their dads for safety and emotional help. A father’s responsibility for child shows is a young girl what a good connection with a guy is like. If dad is caring and loving, his daughter will seek those characters in men when she’s matured enough to start dating. If the father as the head of the family is formidable and brave, she’ll become more close to men of the same behavior.

Dads and their sons

Unlike daughters, who pattern their interactions with other people based upon their dad’s personality, sons pattern themselves after their dad’s quality. Sons will find support from their dads from an early age. As individuals, we mature by mimicking the actions of those people surround us; that’s how we understand to behave in the world. If a dad is loving and act with other people with respect, the young son will grow the same. When a father responsible for the child is missing, young sons turn to other masculine figures to establish the “rules” for how to act and live in the world. Let’s look at the top 10 responsibilities of a dad in child growth and development.

The 10 duties of a father and husband in child growth are reviewed down below:

1. Dad is always a guardian.

One of the top responsibilities of a dad is for the kids to feel safe and protected when their dads are around. They can focus on their activities better when they know they’re secured so a dad’s duty is to convince his kids that he’s always there to protect them no matter what.

The role of the father in our life is a guarantee that their kids understand how much their dads love and care for them unconditionally. Dads must not urge kids to do wrong things but rather show their love and affection without any condition.

3. It opens the world for the children.

The role of the father in a nuclear family is like a huge window that opens the whole world to their kids. Their kids start familiarizing themselves with the whole world through the eyes of their dad. For the kids, their dad is the best teacher to guide them on what’s what in this earth and dad’s duties to maintain to their kid’s exception.

Kids always love when their dad is having quality time with them. Quality time that a dad devotes with the kid is more important than the amount of time devoted to the kid.

5. Show love and respect for the spouse.

Only when kids see their dads taking duties, they will realize taking duties at different phases of their lives. A parent’s job is to take duties in doing home chores and outside activities. This will help kids become mature enough.

Your job as a dad is to teach discipline to your kids. Dads have the obligation to identify clear limitations for their kids so that they know what’s allowed and not allowed to do.

There are various obligations of father and one of them is to teach kids the sense of obligation. It’s very important that kids understand the meaning of accountability in being and it’s better to it is imparted to the kids by their moms and dads at a young age.

9. Involve in their studies.

One of the top 10 responsibilities of a father is to be involved in their studies. Presuming your kids to do well in school without knowing what they’re up to is not recommended. They should read with their kids and not just read to them.

Parents are two important foundations of a family and kids need both while they grow. That’s why dads need to act responsibly.