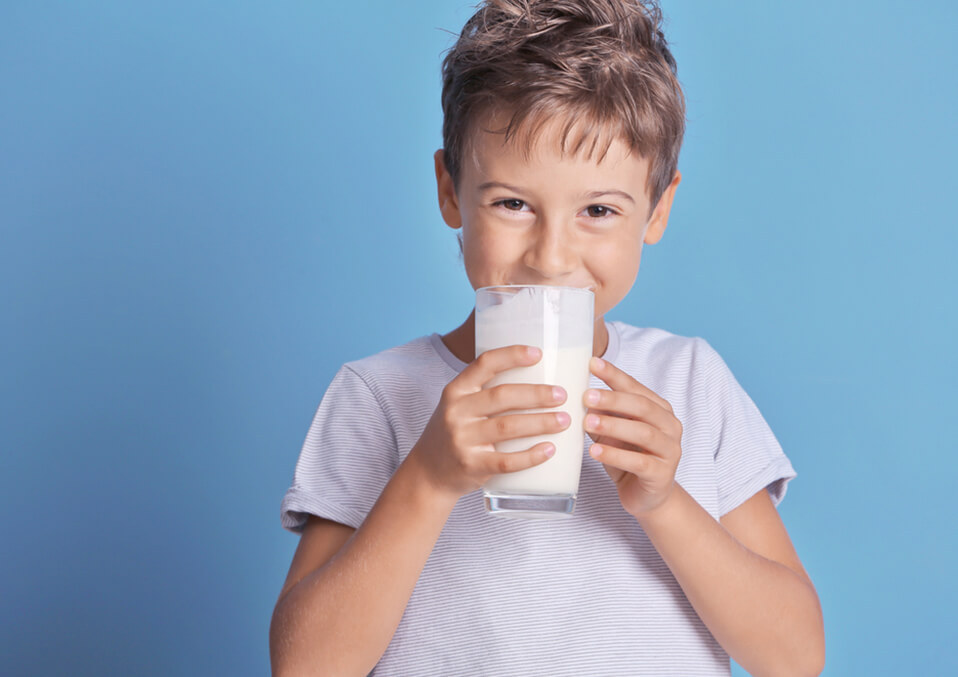 Milk is very beneficial for the overall well-being of your toddlers. This the way to help them build some strong bones and teeth. While other milk varieties are rich with calcium and Vitamin D. Yet, too much of anything good can’t be good at all. It is important to fully understand the right amount of milk that your child needs. Then, can a child drink too much milk or it would be affecting directly the body if he drinks it too much?

Generally, Milk is known to be great for the children since it is rich with protein, calcium, fat and Vitamin D. But for those who lactose intolerance or milk protein allergy, this is a good thing. Yet, anything too much can be bad, even Milk.

Obesity: Another major concern upon drinking too much milk is obesity. This is due to the extra calories that the child gets. Because of the fullness feeling, the child may not be able to consume other nutritious food, then all the extra calories pave the way to becoming overweight. A child who is drinking 32 to 48 ounces of milk daily, will get an estimate of 600-900 calories that is due to milk alone if the calorie count per ounce is 19. This only means, that your child has reacher ½ or more calories than a normal toddler must get within a day.

Iron Deficiency: Another problem that may be encountered upon overconsumption of milk is the risk of having anemia or iron deficiency. Almost the same explanation with the previous, since milk has no iron content, your child may not be eating iron-rich foods also (since already full). If the situation gets severe, there might be a need to have a blood transfusion procedure.

Constipation: Kids who are drinking too much milk may result in having constipation. Besides that milk itself ha no fiber content, children tend to feel full and only eat smaller foods that may not high in fiber. This issue is not new for the toddlers and even preschoolers who are drinking 16-24 oz of milk daily.

Preventing Drinking Too Much Milk: If you decided that there is a need, you can cut the milk intake of your children by simply not filling their sippy cups. You can lower down the ounces, instead of 8 ounces in every cup, make it 5-6 ounces. They stick for 3-4 cups daily.

Switch to low-fat milk once reach is 2 years old: If your child is still not eating food with textures and rather drinks all the calories, probably your child has food aversion. You can set an appointment with your pediatrician for extra help. But if your child has no iron deficiency, not constipated, eats well and has a normal weight, then you won’t be concerned about drinking much milk. This may confusion if the question if can a child drink too much milk.

How much milk should a toddler drink?

There should be a transition time since most of the babies at 10-11 months tend to consume about 24-30 oz of milk a day. Of course, the shifting can’t be done overnight. But, as soon as your baby reaches 1 year old, you have to be very conscious and or aware that their focus will be on food, instead of milk. Even though milk itself is highly vital in your baby’s growth, at this period, it may no longer be the main star.

This can also be difficult for parents, hence the emphasis was big up until such point. Children may drink 18-20 oz in a day, with the condition that they are eating well.

But, the concerned of gong extra 16 oz after the process of weaning is that may no longer look for food that they need. Instead, they were filled most of their calories with milk.

The toddlers should learn to eat because this is the formation of their eating skills in the future. They can be so picky eaters at this moment, but it is normal since they are just starting to build the eating foundation.

On the contrary, some toddlers are having a hard time drinking fully the 2 cups in a day. This commonly happens during the breastfeeding to bottles transition. In such a case, you can include yogurt and cheese as part of the 2 cups needed milk within the day. If your child is growing well, it may be fine not to have milk. Yet, doctors may add some Vitamin D and calcium supplements to better growth and development.

When is the best time to drink milk?

This could be a big change, since before nursing or bottles were different events from a meal. Now, it is highly needed to serve your child’s milk as part of the meal. You can go and look for sample feeding schedules that would fit your toddlers, these are so helpful although it can be overwhelming as well. Why is it important to drink milk within the meal. Because, if they consume the milk in between meals, the tendency is that they won’t feel hungry at all.

And, if that so, they won’t be eating well. This may result in an early picky eater.

May you be enlightened as parents in regards to the concern; if can a child drinks too much milk?