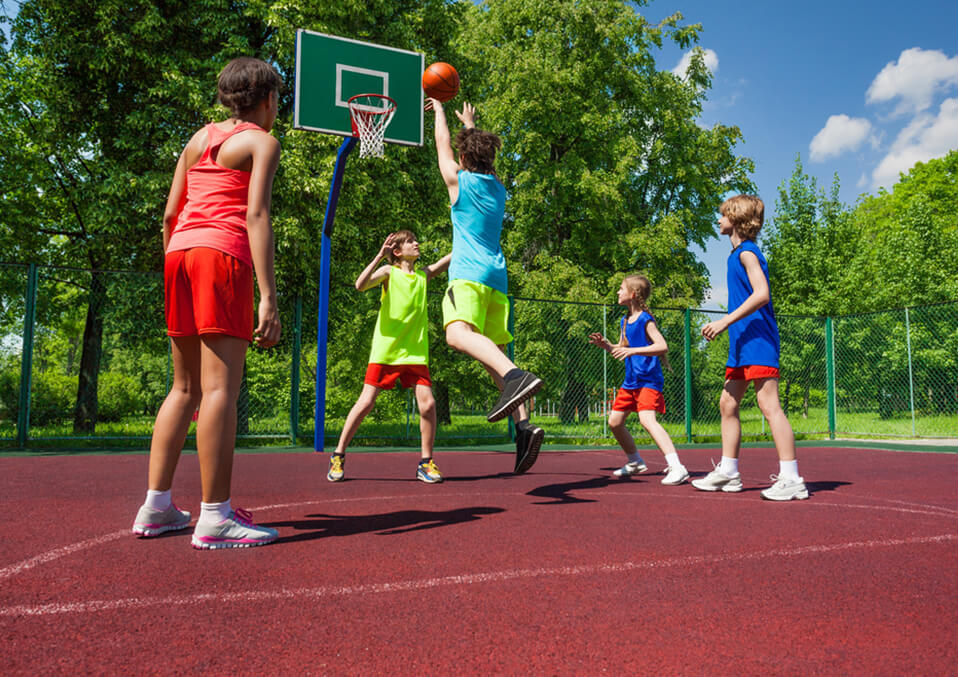 Do you know what’s the Olympic rings means? This Olympic symbol with 5 interlaced rings with the same dimensions symbolizes the Olympic movement. This represents the unity of the 5 continents and the athletes meeting who are from the rest of the world.

Below, are the various kid Olympic games you may let your child try to train for their overall development, who knows you are raising a future champion.

This game has both individual and team event, where the archers would battle in a planted knockout match, the players will fire arrows from seventy meters.

There are ranges of sports under aquatics such as; diving, swimming, water polo, and synchronized swimming. Open water swimming is just added recently.

This game is made up of 47 athletes where 23 are women and 24 are men. For the women, there is no 50-kilometer road walk and rather than decathlon, they’ll compete in the heptathlon. Otherwise, both sexes would mirror each other.

In the Olympics, there are various forms of cycling to compete, yet the handful of the track is only for men. There are two types of road races, the time trials, and the straight races.

There have been 3 disciplines in the equestrian since the 1912 Olympic games. These are the show jumping, three-day eventing, and the dressage. These allow both sexes to compete on equal terms.


This game is divided into 3 disciplines that are based on the form of weapon used. The epee events are using the heavier blade, while the foiler will the lighter (only the torso is the target) and the saber with a light blade used to thrust and cut.

Another one of the most common kid Olympic games is gymnastics. There are 3 disciplines in the Olympic gymnastics; the artistic, trampoline and the rhythmic. Both sexes will be competing for the gymnastics, yet every discipline varies greatly with the single and team medals.


This game has a total time of 70 minutes that is divided into two or 35-minute halves. While the penalty stroke and the extra time match can be played in the event of a tie. Each side has a goalkeeper and ten outfield players.

This traditional wrestling sport has started in Japan way back 1980’s that denotes, ‘the gentle way’. There are 7 weight classes that both men and women compete. The men would match for about 5 minutes, while women are about 4 minutes.

There are five sports in the modern pentathlon, these are swimming, shooting, equestrian, fencing and running. The athletes would undergo a certain course in a day. This is a specialized event for the modern Olympic games.

In this event, there are 14 medals to compete and women would match in 6 of these. This has ‘heats’ and the winner could go to the semi-final round or in some instances to the six-boat final.

The 11 classes would sail in a fleet-racing setup, where the athletes would race by a group throughout buoys. Every boat will get a score depending on its finishing position, where the one who gets the lowest score is the winner of such an event.

In the Olympics, this is only exclusive for women. There is a similarity to baseball with some key variations. The difference is it is matched over 7 innings instead of 9, where the ball is bigger and the pitching is underarm.

This game who has been so common to the world, regardless of cultural differences. It has 4 periods of ten minutes per round with allotted five minutes of overtime if tied in the match. Usually, the medals ended up in the hand of Americans.

This sport has the biggest participant in the world and has gathered immense fame in the Far East. This Olympics is consists of 4 table tennis events, the singles, and doubles for both sexes.

Dating back early 20th century, this Korean form of Martial arts is one of the many. There are 4 different weight classes where both men and women compete, from 80 kgs above for the men, while the women should be 49 kgs and below.

This Olympic game is decides based on knockout. Every nation can enter 6 players maximum and 4 double teams. And, they will be placed in various sections of the draw. There are sixteen players to be seeded in the singles competition, while 8 seeded teams in the double draw. There are eleven drills and tennis games.

This is a continuous race of the distance that involves running, cycling and swimming, where men and women could compete in a single race. As a player, you have to under a 1.5km swim, next is the 40km cycle and ending in a 10km run.

The indoor volleyball has over 6 teams with five seats maximum. The first 4 teams are those who reach 25 and the fifth is the one who reaches 15, although a 2 point advantage is there. While the beach style will be held on smaller courts with 2 players per team.

There are known techniques in weightlifting in the Olympics, the clean, snatch and the jerk (both should be done by every athlete). For the men’s event, there are 8 categories where the range is from 56-105kgs. While 7 in the women, beginning at 48 kg and can go through over 75k level.

For the wrestling in men, 7 categories would be contested (bantamweight to super heavyweight). All of them would match in both freestyle and Greco-Roman, while for women is only the Greco-Roman.

These are the Olympic games your kids must try. Your kids have a way high chance to be one of the best athletes in the world. This can be possible if they have trained in any kid Olympic games as early as possible to improve their overall endurance and willpower.