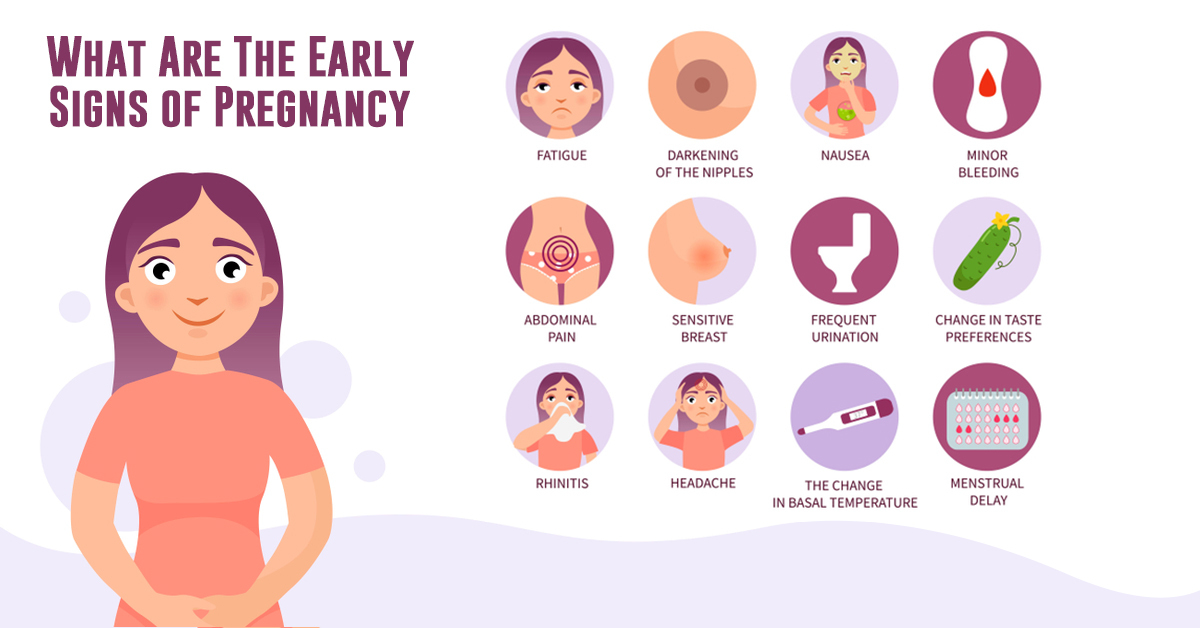 Most of the women believe that missing a period is the first sign of pregnancy. It’s true for some women, but there are instances where women experience the other early signs of pregnancy. Hence, it is important for all women to have a clear understanding of all the early signs that are associated with pregnancy.

Many women have to experience minor backaches, cramping and bloating as a part of pre-menstrual symptoms. On the other hand, the uterus would begin to grow during the early pregnancy stage and it can also contribute towards these symptoms. Apart from these common symptoms, women might have to experience libido changes, constipation, tiredness and exhaustion, headaches, dizziness and fainting, saliva increase, morning sickness, frequent toilet visits, nipples and breast changes, cardiovascular changes and lighter bleeding during early pregnancy.

Skipping a menstrual period can be considered as one of the obvious signs of pregnancy. However, all the women will not experience it during the early pregnancy stage. In addition, there are some women who arrive at incorrect conclusions based on misjudged due date calculations. Some women will have to experience implantation bleed instead of normal periods after the inception. Usually, light bleeding occurs within 12 days of fertilization or conception of the egg within the fallopian tube. Implantation bleeds would occur a little earlier than that.

As mentioned earlier, women who are in the early pregnancy stage will have to experience blood flow, cardiovascular and temperature changes. These changes might occur within 10 days after ovulation. It has been identified that the blood flow increases by a significant amount during the early pregnancy stage. That’s because your body would adapt accordingly to support the development of the fetus. In addition, blood flow to your skin would increase and you will feel a little warmer. You might even sweat a little more than usual.

The increased blood flow has the potential to boost your metabolism by about 20%. This is also responsible for increasing your body temperature. It has the potential to offer protection to your baby against cold. Usually, the body core temperature would rise to around 38º Celsius during the early pregnancy stage. All the metabolic requirements of your body, which are essential for the development of fetus, will be catered through surplus blood.

Read also: One Of Your Priorities When Pregnant Is Pregnancy Safety

Women who are in the early pregnancy stage will have to experience a large number of changes in their breasts. Your breasts would enlarge. This happens because of a special hormone that is produced within your body, which is named as estrogen. In fact, this hormone is responsible for the development of your breasts during puberty as well. The other significant change that you would see in your breasts is the growth of milk ducts.

This will play a vital role when you are breastfeeding the newborn. As a result of increased blood flow, more blood would get pumped to the veins that are located in your breast as well. Some of the women will have to experience the changes in breasts right after conception as a result of pre-menstruation. These changes would come before the next period date as well. It is extremely important for all the women to have a good understanding of these changes because it can assist them to stay away from hassle.