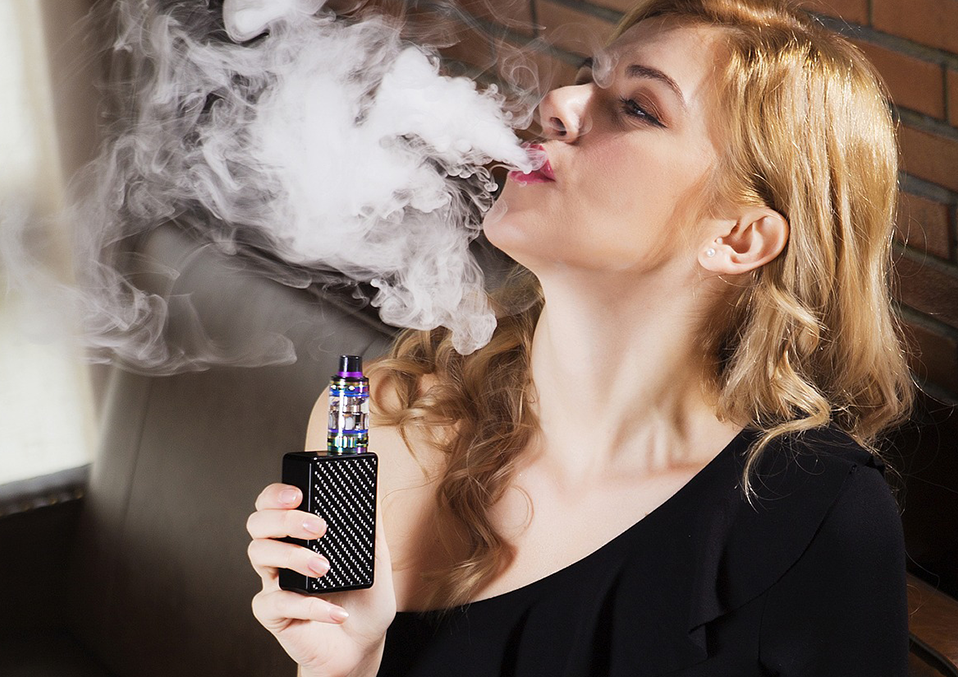 Electronic cigarette smoking is the practice in which a substance, mainly referred to as tobacco, burned to bring about the smoke that mainly inhaled and travel in the bloodstream.

The act of smoking has been considered to have dangerous side effects, let alone for women in pregnancy.

Pregnant women also may suffer from severe side effects on their health and the baby’s health, too.

In this matter, some pregnant women would switch to;wWhat is known as, Electronic Cigarettes, which may not have the same side effects as regular cigarettes, as they believe.

Are Electronic Cigarettes As Dangerous As Regular Ones?

That is exactly what we will discover here.

This liquid that is put in the e-cigarette is inhaled so as to smoke.

Pregnant women often go for this kind of cigarettes as they believe that is not as dangerous for their health and the baby’s health.

Still up today, there is a controversy on whether vaping helps to quit smoking or not.

For this reason, different studies have conducted in this matter to reveal the truth.

Most of the analyses done in this respect state that vaping does not help to quit smoking and it does harm your health.

So unlike many people believe, and pregnant women, too, is found to be falsified.

As Dr. Ross states from another point of view; “Since there are no available studies that definitively prove whether it is safe or not, it’s impossible to say that vaping is safe in pregnancy”.

According to the American Society for Reproductive Medicine; quitting smoking, whether regular cigarettes or Electronic Cigarettes, is a priority when couples think to give birth.

Substances contained in cigarettes do harm both male and female especially fertility issues compared to nonsmokers.

The tragic loss of birth is probable for smokers and non-smokers, but the rate of this probability is much higher for smokers.

As indicated by the U. S. Centers for Disease Control and Prevention (CDC), smoking increase the probability of both early miscarriage and stillbirth.

The risky chemicals in cigarettes are frequently to blame (Jessica Carlson, October 7, 2016).

Even if the pregnancy went, to some extent, well, still smoking in general, Electronic Cigarettes as well as regular ones, do cause the baby to be born with some defects.

Stay Smoking-Free For Your Baby

There so many benefits to your baby’s life as you are smoking free on the three stages: Pre-pregnancy, intra-pregnancy, and post-pregnancy.

Your baby needs to be fully protected from both, smoking and secondhand smoke, and taking precautions like will improve your baby’s health surely.

According to Centers for Disease Control and Prevention (22 March 2018), when you stay smoking-free you baby will (have):

It is also worth mentioning that some studies have done in this favors. The results of these studies are as follow:

It is also worth mentioning that some studies have done in this favors. The results of these studies are as follow: “The search identified 91 articles, 40 of which are the basis for this review. The prevalence of e-cigarette use is 0.6% to 15%.

Most of the animal model studies suggest a potential danger to the developing fetus primarily because of the nicotine consumed and that consumption has multiple effects on the immune system, neural development, lung function, and cardiac function.

There is a widespread flawed perception that e-cigarettes are safe to use during pregnancy”.

(Whittington JR, et 2018) “The marketing of e-cigarette use as a safer alternative to cigarette smoking has led to an increasing use even in pregnancy.

The nicotine consumed by e-cigarettes is similar to that consumed by cigarette smoking. Animal studies confirm the dangers of nicotine to the developing fetus.”(ibid,)

More research and studies need to be done in this matter and specifically assess the safety of e-cigarette, its use, pregnancy, and pregnancy outcomes.