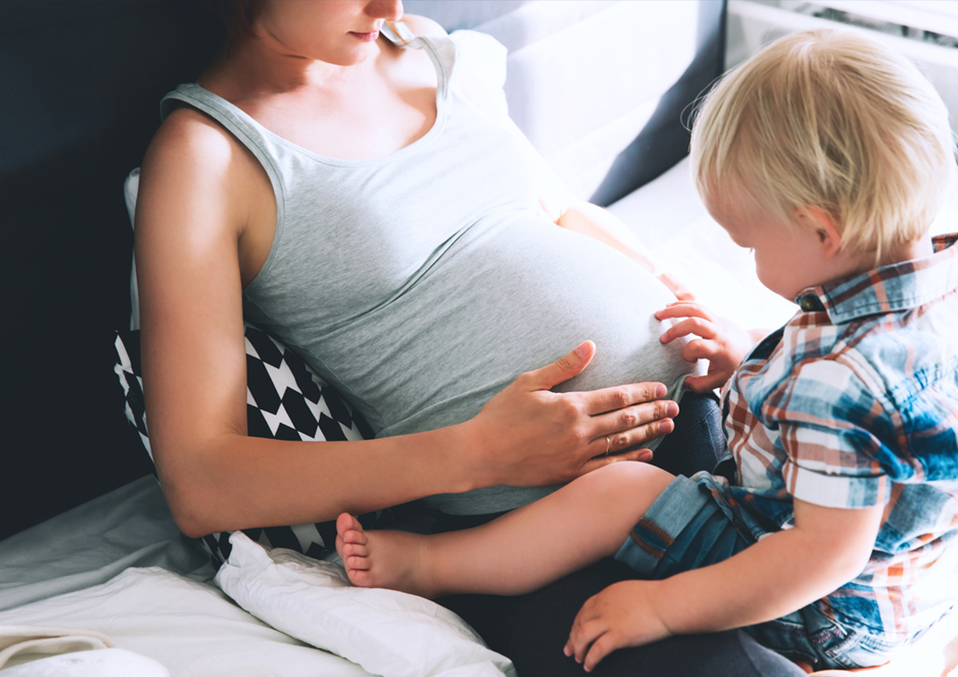 The family grows and you wonder: how to prepare your elder to adapt to this change that will change his/her life? Follow our advice and everything will be fine; for having a second baby with a toddler.

Preparing The Elder For The Arrival Of The Second Baby

When The Second Arrives, How Will The Elder React? 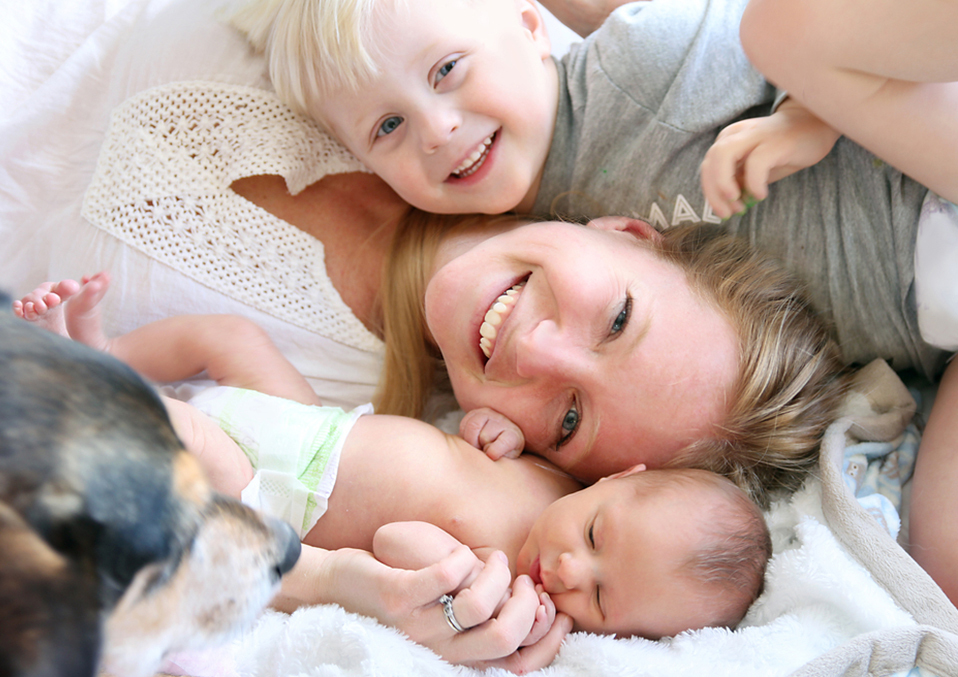 Sure, you’re expecting a second baby. Great happiness mixed with stress: how will the elder take the news? Of course, you and her father didn’t decide to have a second baby to please her, but because you both want to. No reason to feel guilty.

Just find the right way and the right time to announce it. It is not necessary to do this too soon, it is better to wait until the pregnancy is well established and the risk of losing the baby announced is reduced.

A little baby lives in the present and on its scale, nine months is an eternity! As soon as he knows he’s going to have a brother or sister, you’ll hear 30 times a day, ” when’s the baby coming ? ”! However, many moms become pregnant without being informed.

They feel confusing that their mother has changed, that she is more tired, emotional, sometimes sick, they seize bits of conversation, looks, attitudes… and they worry.

It is better than to reassure them by clearly telling them what is happening. Even if he is only twelve months old, a toddler is able to grasp that soon he will not be alone with his parents and that the family organization will change.

A Future Elder Needs To Be Reassured, Listened To And Valued:

Once the announcement is made with simple words, pay attention to the signals sent by your baby. Some are proud of this event, which makes them important to the outside world.

Others remain indifferent until the pregnancy is over. Still, others externalize their aggressiveness by saying that they did not ask for anything or by pretending to kick in the belly where the “nuisance ” grows up.

This reaction is neither abnormal nor dramatic because every baby, whether he expresses it or not, is fraught with contradictory feelings to the idea of having to share soon the love of his parents.

Letting him say “throw the baby in the trash” helps him get rid of his anger and increases the chances that things will go well when the baby is there. What a future elder needs most is to be reassured, listened to and valued. Show him pictures of him, baby. Associate it with some preparations but in small doses.

For example, offer to choose a gift to welcome the newcomer, only if he wants it. It’s not up to him to choose the name, it’s up to you. But you can still associate it with your suggestions and hesitations.

On the other hand, it is better not to involve her in the pregnancy itself. Attending ultrasounds or autonomy Sessions is an adult matter, an intimate moment of the couple. It’s important to keep a little mystery and secrecy.

Every Baby Must Find His Place:

When the newborn arrives at home, he is an intruder to the eldest. As the psychotherapist, Nicole Prieur explains: “the fraternal feeling of complicity and solidarity that all parents dream of is not immediately given, it is built. ”What exists at the outset, however, in the case of the elder, is a sense of loss because he is no longer the focus of the parental and family gaze, he loses his exclusivity in favour of the newcomer who has no interest, who shouts all the time and does not even know how to play ! It’s not necessarily an emotional loss, elders know they’re loved by their parents.

Their question is, ” do I continue to exist? Will I still have an important place for my parents?  This fear generates his bad feelings towards the “thief of parents”. He thinks it was better before, that he should be brought back to motherhood… these negative thoughts give him a negative image of himself all the more because his parents tell him that it is not good to be jealous, that he must be nice to his little brother or his little sister… to restore his self-esteem a little scratched, it is essential to value him by pointing out everything he knows how to do and not the baby, by showing him all the advantages of his position of “great”.

Rivalries And Brotherly Love: What Is At Stake Between Them. 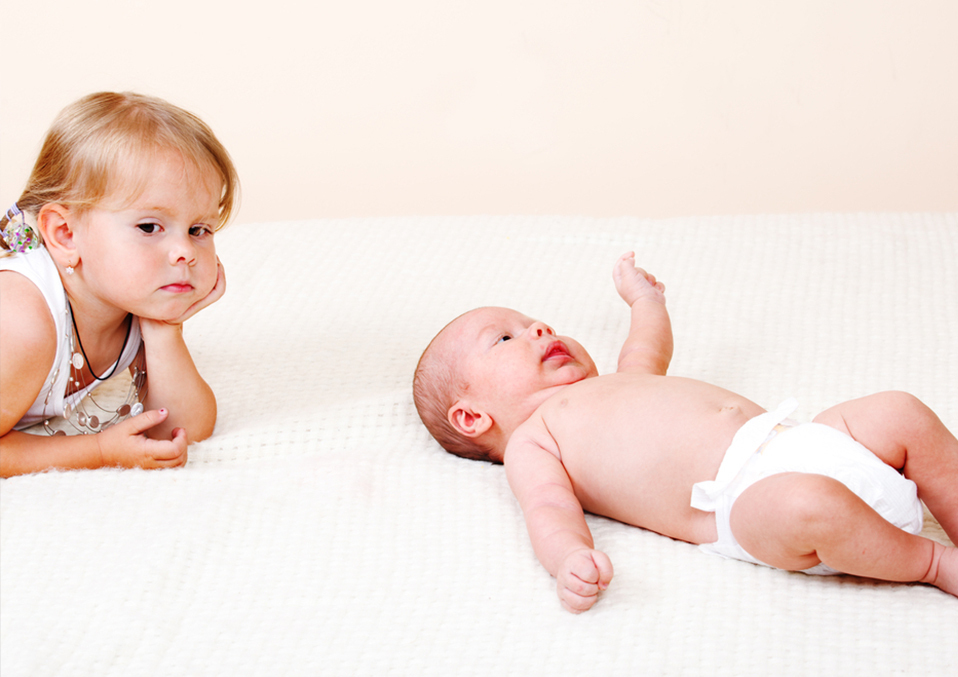 Even if you are impatiently waiting for a super-complicity between your babyren, do not force the elder to love his little brother or his little sister… avoid the phrases of the style: “be nice, give her kisses, look how cute she is! ”The love does not command, but the respect, yes! It is essential that you ask the elder to respect his or her younger brother, not to be physically or verbally abusive to him or her. And vice versa of course.

Today, we know how strongly fraternal relations have an impact on the construction of identity, and mutual respect must be established from the outset. Another common mistake is that they do not force the “big” to share everything, to lend his toys while often the small yet clumsy manipulates them with brutality and breaks them.

“What Is Mine is not necessarily yours ! ”is necessary for the good understanding between brothers and sisters and for alliances to be created. The Brotherhood emerges over time.

Babyren are by nature very tempted to have fun with other babyren. The elder and the younger understand that it’s nicer to share, to invent new games together, to get together to make the parents go crazy … in each family, each one tries to be the best son, the best daughter, the one who will have the central place and you have to push the other to be at the center. But the parents are there to reassure and make understand that there is room for two, three, four and more!

Is There An Ideal Age Difference Between Babyren?

No, but it can be said that a baby from 3-4 years old is better able to handle the arrival of a second one because his position as a big one has advantages.

A baby of 18 months has fewer advantages to be “big”, he too is still a small one. The rule is simple: The Closer one is in age (a fortiori if one is of the same sex), the more one is in rivalry and the more difficult it is to build one’s own identity. When the gap is large, more than 7-8 years, we are very different and the complicity is less.