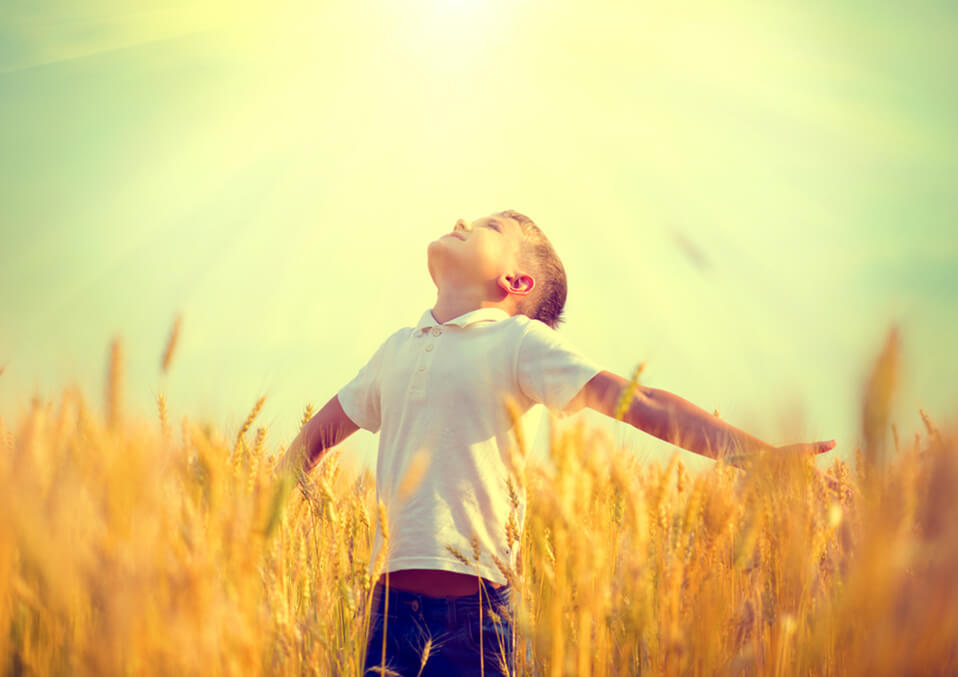 It’s known that sunlight causes skin diseases such as skin cancer when exposed to too much. This is because of the harmful radicals from its ultraviolet rays; and in a subtle sense, sunlight can be irritating when it is on its scorching peak particularly those residing in the tropics. Those are a few of the reasons why the sun got a bad wrap. Well, aside from its downright negative effects, it has numerous positive sides as well. It can’t be denied that sunlight is essential to life. Citing an example, sunlight has a vital role in the process of photosynthesis, and so is the human body.  It helps in the development of bones for newborn babies. It has countless benefits for kids as well. Find out those awesome benefits right here.

Experts are learning more about the scope of the vital role sunlight plays in your child’s overall development over the years. Studies show that as kids spend more time playing indoors and in front of screens, they are more prone to acquire chronic illnesses.

These are considered the interesting benefits of sunshine that can help you grow a healthy kid!


It provides the presence of vitamin D.

About 90% of the body’s vitamin D is produced by the body when sunlight hits the skin. Vitamin D plays a crucial role throughout the body. It helps metabolize and absorb calcium and other minerals (including zinc, magnesium, iron, and phosphate). It influences proteins that trigger gene expression (that is, turn genes on and off) and has a profound impact on the production of feel-good brain chemicals, such as beta-endorphins and serotonin. It modulates cell growth, neuromuscular function, immune function, and helps reduce inflammation. Vitamin D is an important compound for kids’ developing bodies.

Significant vitamin D deficiency prenatally through the first few months of life can lead to rickets, a disease that is characterized by soft, weak bones and poor motor development. In rats, developmental vitamin D deprivation leads to altered brain structure and function (with altered brain cell growth and “differentiation”) impaired attention and impulsivity. Scientists have not yet examined vitamin D and cognitive performance in healthy developing children. However, there is undisputed evidence that low vitamin D levels are associated with decreased cognitive functioning in adults and increased risk for dementia and Alzheimers in the elderly.  The pattern correlating cognitive deficiencies with low vitamin D likely continues down into childhood (now if only the research would catch up).

Children with ADHD, autism, and depression have been found to have lower blood levels of vitamin D than their typically developing peers. Researchers don’t yet understand the nature of the relationship between vitamin D and ADHD or autism are low serum levels of D triggering the expression of genes for these behaviors? Is there a disruption to the biosynthetic process of converting UVB rays into vitamin D in these children? Time will tell. Intervention studies have not yet been conducted, but exposure to sunlight decreases behaviors associated with those disorders by increasing blood levels of vitamin D serum.

You’ve possibly noticed that sunshine has an uplifting effect. It improves mood’s atmosphere, and what appeared in studies is that bright light therapy is a potent cure for depression.

It is a natural eyesight enhancer.

Nearsightedness (myopia) is on an alarming rise among young kids and adolescents. Childhood myopia can potentially progress with age and could lead to more serious issues later on like retinal detachment, glaucoma, and cataracts. So what is the cause of this increase of poor vision? A recent study reveals that children exposed to the least amount of outdoor light are more at risk of becoming nearsighted. What is the potential link between eyesight health and direct sunlight? While research is still ongoing, many pediatricians believe that UV rays can shape the human eye and impact the quality of vision. Being outside also helps to broaden and train a child’s depth perception. To promote optimal eyesight development, we recommend that all kids spend at least an hour or two outside each day.

Various studies have shown this inkling. Lots of sunshine exposure during childhood lowers an individual’s risk of multiple sclerosis, and this reported to be true no matter what an individual’s vitamin D position. The sunlight itself is helpful.

If your kid wakes up late then staying up late might not matter. However, when kids have to wake up early for school, delayed bedtimes can be a problem. Studies recommend that stalled bedtimes without opportunities to make up for sleep are associated with poor school performance and behavior problems. So why do some kids go to sleep late at night? Part of the problem is lighting as for many kids. They get too much artificial lighting at night and too little sunlight during the day. As a repercussion, their “inner clocks” get out of sync with the natural 24-hour day, and circadian rhythms are out of beat. The treatment for this? It is essential to avoid artificial light during night time, and halt your kids in using electronic devices (such as playing online games) preferably an hour before bedtime.

When kids are outdoors they are less likely to be sedentary. Outside there are infinite ways to get moving, including walking, playing basketball, or climbing at the playground. And if your kids aren’t being active they are still interacting with their environment in ways that are more beneficial to their development than if they are in front of a screen. Playing in the sandbox is great for sensory integration, and playing in the dirt can help improve their immune system. Simply going outside to read or eat a snack can be advantageous. Researchers have found that just hearing sounds and seeing the sites of nature can have a positive, calming effect

When is sunlight too much?


Indeed, a lot of health benefits for your kids can be obtained from the sunlight. However, too much exposure is not good. The ultraviolet radiation that it emits can penetrate the skin and damage the cells’ DNA, which might result in skin cancer. Experts do not have a precise measurement for how long you should stay outside to procure its benefits. Though, defining an exact amount of exposure to the sun depends on how direct its rays are. Just make it sure not to have too much sun exposure – a person is more likely to get a sunburn when the sun’s rays are more direct, and this usually takes place around ten in the morning until four in the afternoon.