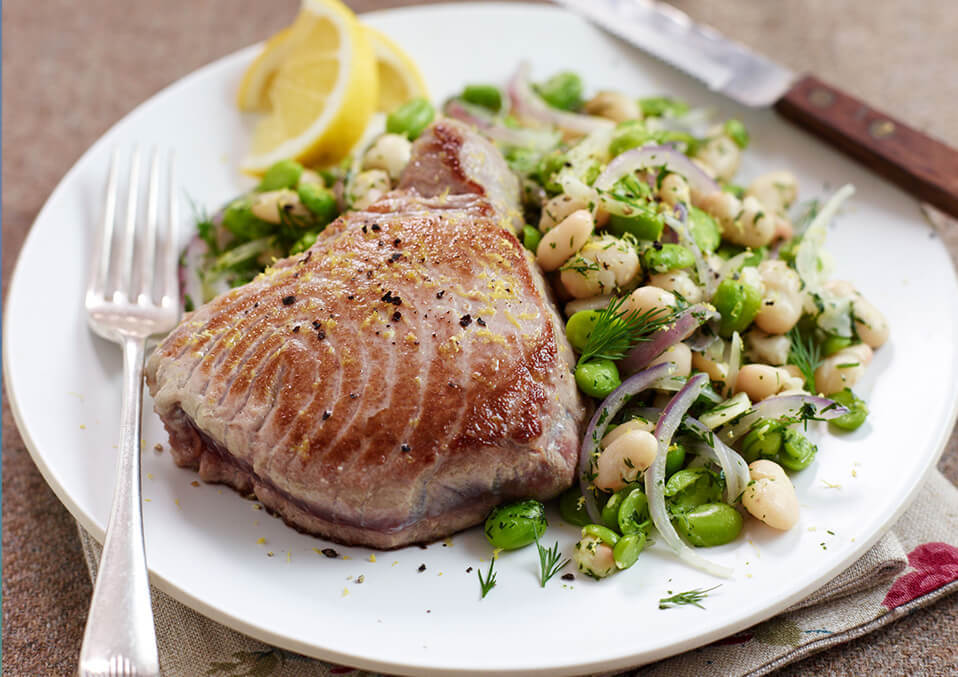 The tuna sandwich is a staple lunchbox for many families. Tunas are a healthy diet, nutritionally speaking. The quality of this protein is excellent, it is high in saturated fat, and it provides a good supply of niacin and selenium. It provides useful omega-3 fatty acids that are linked to a reduction in the risk of heart disease, stroke, asthma, macular degeneration, and Alzheimer’s disease.

But the downside is that the tuna produces mercury. It is a pollutant that is produced naturally in the atmosphere and also emitted by human pollution in the air and water. Once inside the water, mercury is turned into methyl mercury and then absorbed by fish.


It is common knowledge that mercury exposure during pregnancy may result in childhood learning disabilities. Mercury can cross the placenta and accumulate in the brain. It can also be transferred to infants through breast milk.

Nonetheless, there is little information on the health risks of eating high mercury peppers when it comes to children. The problem was not well known.

Still, researchers agree that children developing are vulnerable, particularly to the harmful effects of mercury in the brain. Also, the nervous system and high-mercury fish such as tuna should be reduced.

But you don’t have to give up your tuna-loving son completely sandwiches. It all depends on what and how much he eats. A better choice is canned light tuna. While well, some organizations suggest caution, since it is known as a medium-mercury shrimp.


Here are some healthy tuna recipes that you can introduce to your child. Remember; moderation is the key to a safe eating habit!

Tasty and easy morning tuna is a portion of comfort food that can be ripened from any ingredients you have. Making tuna for dinner is also an excellent way of boosting the number of fish in children’s diets.

This basic spaghetti recipe will impress you with its elegance. It is full-flavored and can easily be made from pantry items. In less than 20 minutes, you can have it on the plate.

This cannellini and tuna salad is a great pantry dinner. You can insert some salad ingredients in the crisper.

Nicoise salad is a famous salad and dinner for itself. It gives it a full meal of fresh veggies, eggs, and tuna.

Cook the pasta as indicated on the box, drain until finished, and put on one side. Freeze the onions until they begin to caramelize. Add garlic and vegetables and cook until tender.

Stir in tuna, onions, dried herbs, and black pepper, and simmer for 20 minutes to half an hour. Tuna does not have to boil, but it can contribute to its production by keeping the sauce a little longer. Add fresh basil and add to the cooked pasta (if used).

In a pan, combine the rice, the drained tuna, and sweetcorn–hands or fork. Kids can use their hands better. Take a little and shape into balls of golf length. Then sink in flour and roll in crumbs of bread until eaten.

In a deep frying pan, heat two tablespoons of olive oil and start frying tuna slightly. Move the pot until the breadcrumbs are golden brown. It will warm them up as already cooked ingredients. Place the towel in the kitchen to move the water. Serve your own tomato sauce with pasta twists.

Preheat the oven to the gas mark 6 of 200’C/400’F. Roll out the pastry as thin as possible and slice into eight squares. Place a little tuna and cheese in the center. Fold into a circle and go with a gate around the corners. Brushing the boundaries with a bit of water helps to keep the seal intact.

Place the plots on a non-stick pastry. You may clean each of them with a beaten egg or milk to give them a light brown color when baked.

Place 15-20 minutes in the preheated oven before white.

Let it cool and put it in a lidded container.

Drop the tuna into some organic yogurt combined with balti and spices and allow it to marinate until well powdered. Meanwhile, cut the vegetables from the salad and make the lentils and fresh herbs.

Squeeze 1/2 of lime over the water. Serve tuna over the salad. Delicious!

Place the pulp, spinach, fish, pesto, and 50 g breadcrumbs in a pan. Write two small containers, one for the egg and 50 g of breadcrumbs. Mix well to make sure that everything is mixed–the hands are best, so you can get dirty and take a pair of garbage gloves to remember. Mold the potato mixture into eight balls and make cakes with your feet, don’t think about their perfection.

Take the egg on each side of the cakes and wrap them in breadcrumbs. Set on a plate and cool for at least 30 minutes, if not longer, in the refrigerator. Brush each side with a little oil and then grill each side with high heat, until golden and warm, for 4/5 minutes. Instead, fried in 2 tbsp of oil, making browns and crisps once on each hand.

Switch to preheat on the barbecue. Cook the pasta and rinse it. If you have something, use tuna in water, dump a little of the tuna oil into a pan and cook some onion and garlic. Pour the remainder of the oil back. So add the tuna to the pot and cook for a minute.

Add the tomatoes diced, the spices, and some black pepper-cook for five to ten minutes. Add spaghetti, stack in an oven, and set sideways.

Put the cream fraiche, cream cheese, and milk in a separate pot and blend together in a medium heat-when you add cream cheese together; you can use a balloon whisk. When the cream cheese is melted, add half the cheddar cheese and blend again until they have softened. Give a black pepper curl. Take the heat off the sauce.

In the oven pan, add the melted cheese sauce over the pasta and tuna. Sprinkle the leftover cheddar cheese with some parmesan if using. Place the container under the grill for about ten minutes and bubble it up.