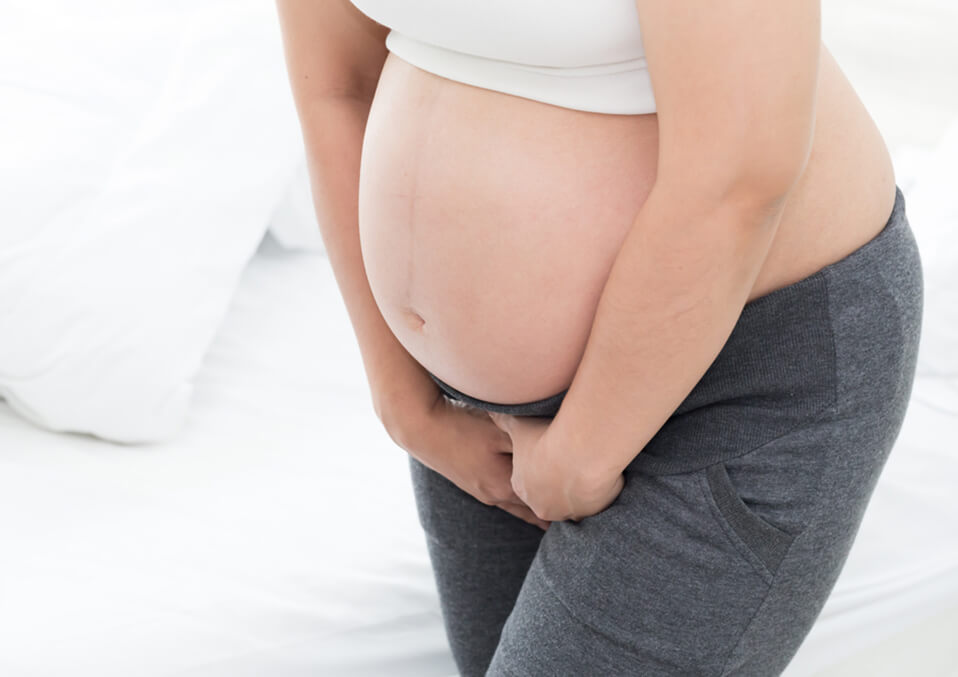 You’ve been visualizing this moment since you found out you were pregnant. But things don’t always go according to plan and sometimes the disease also invites you to your birth. 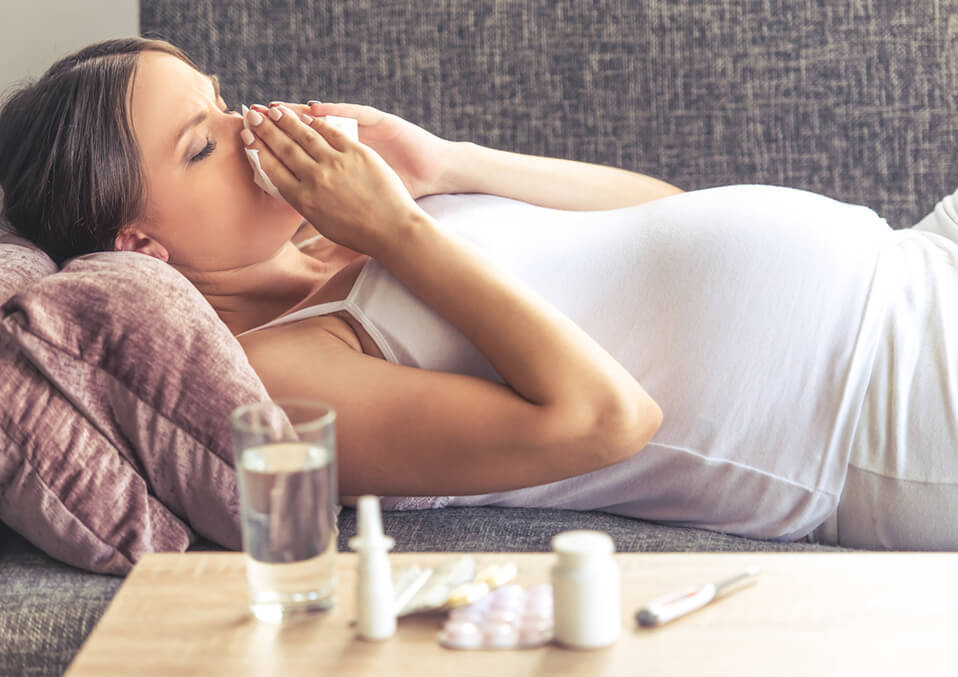 Noooo! D-Day is here, and you’re worse than worse: that damn virus that the oldest girl in school brought back; or a little bacterium that killed a lot of people at chéri’s office.

And here it is: this nasty flu or cold will ruin your birth, on such an important day. You’re scared, and that’s normal: no one wants to have to wear a surgical mask for the first time with a baby.

Comfort yourself: your doctor will usually make you wear one, only if you have a fever or uncontrollable coughs.

And it’s better this way: what’s even worse than being sick, is that our baby is sick! Of course, the mask does not eliminate all the risks; and you will have to wash your hands repeatedly.

Having flu or cold will not stop you from having an epidural and if you suffer from congestion; you can relieve yourself with saline water or spray decongestants. Theoretically; the flu or cold should not prevent you from giving birth naturally-unless; of course; there are complications; such as respiratory complications. 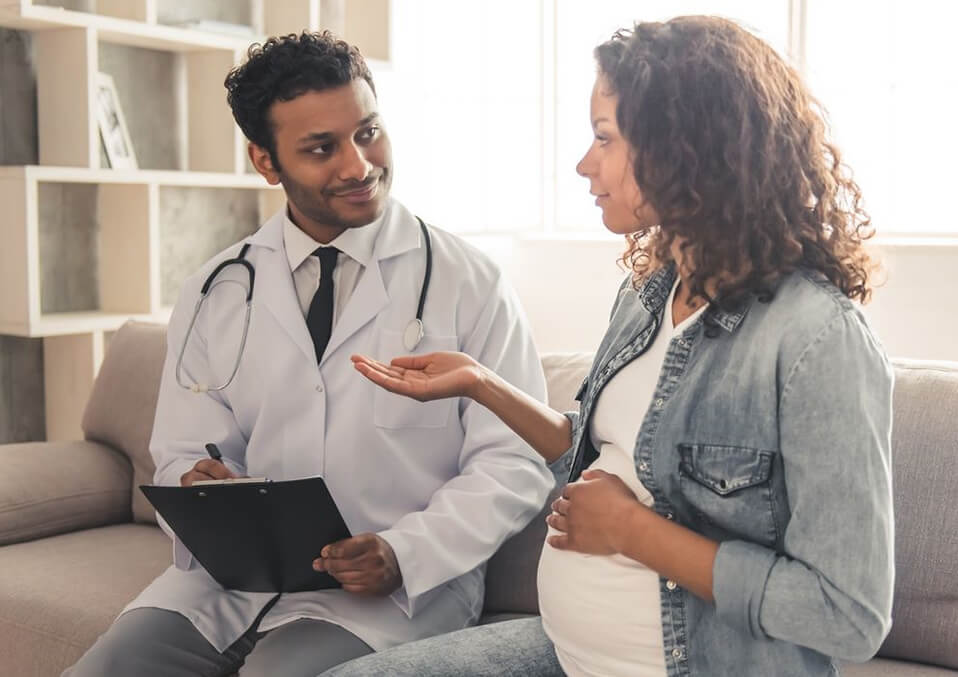 Because it puts the mother and the fetus at risk; nowadays almost all doctors test the pregnant woman to make sure she doesn’t have a sexually transmitted disease; such as chlamydia or gonorrhea.

If the mother is not treated with antibiotics, it is dangerous for her to pass the disease on to her child during childbirth; which could, among other things; cause conjunctivitis in the newborn.

Infections and pregnancy, in recent years, this infection have been quite rare; since every newborn’s eyes are treated with an antibiotic cream from the first moments of life. 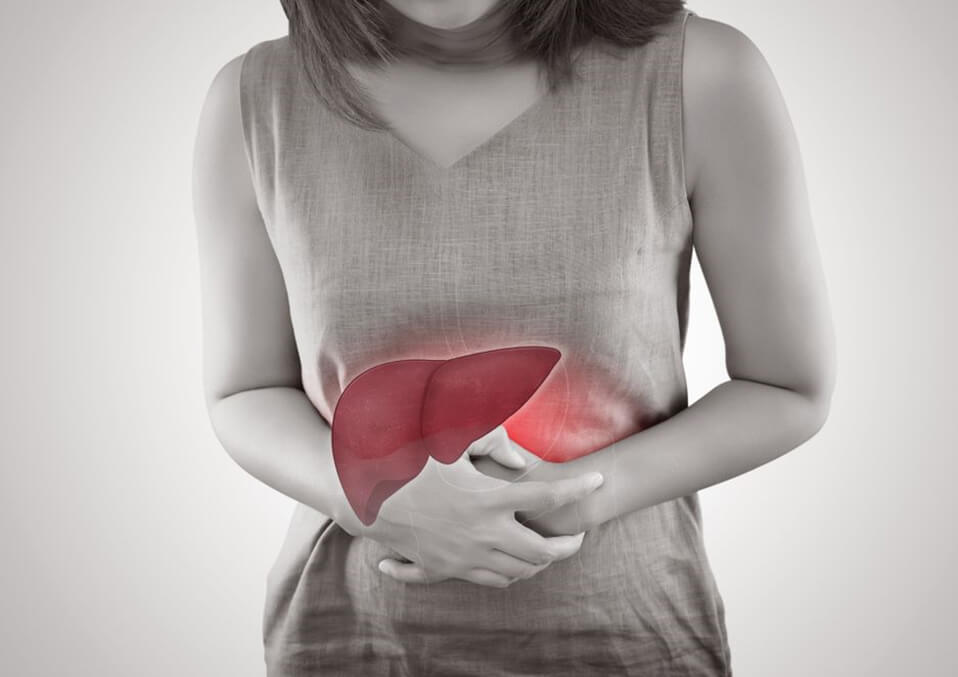 It is possible to pass the virus from viral hepatitis to the fetus; either during pregnancy or during childbirth: that is why the treating doctors screen all women and; depending on the result obtained, they establish an action plan.

Most neonatal hepatitis B infections can be prevented by vaccination before and after delivery.

Condylomas may appear more frequently during pregnancy; however, transmission to the child during childbirth; although possible, is rare.

For this reason; doctors do not usually use caesarean section unless the lesions are very numerous and severe; which can interfere with Labour or delivery.

If you suffer from condyloma; there are treatments that will relieve and reduce the number of lesions; as well as the risks of transmission to the newborn; allowing you to give birth as you wish.

Infections and pregnancy, although rare, varicella is quite serious in pregnant women; as varicella can cause lung complications.

In addition to causing a mass of problems during pregnancy (preterm birth, foetopathy…); childbirth during the acute phase of the disease is strongly discouraged. 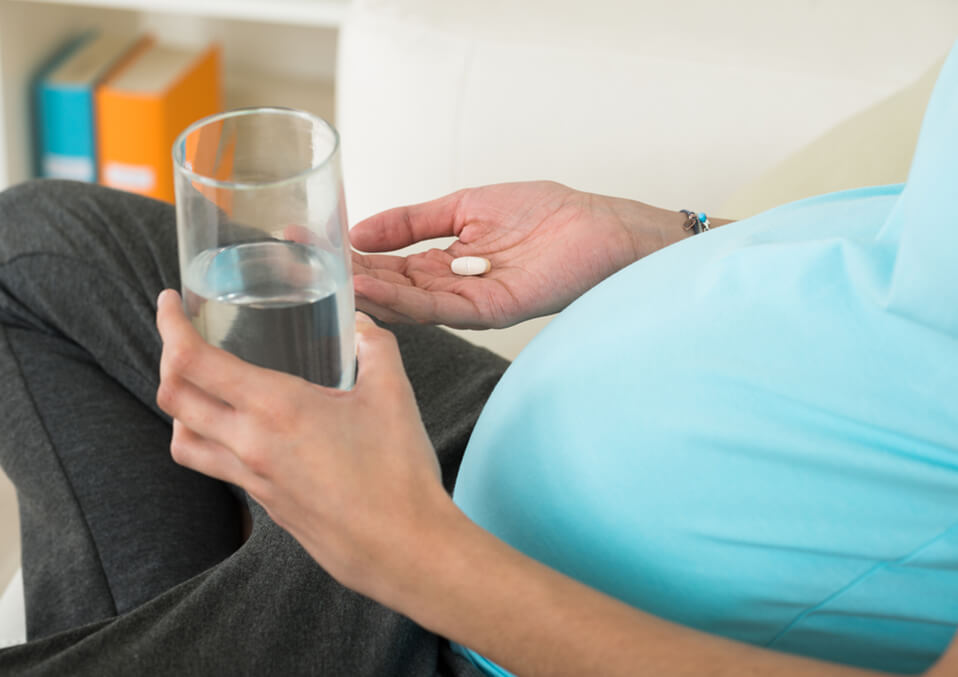 It is estimated that 25% of the adult population is infected with herpes and, of course, the pregnant woman is not immune to a crisis of genital herpes.

If this recurrence occurs at the time of delivery; it is possible for the mother to transmit the disease to the newborn when she passes through the vaginal canal.

However; it should be remembered that this risk of infection remains low; especially if no active lesion is detected in the days prior to delivery.

If your doctor finds such lesions, you may be advised to give birth by cesarean section: in addition to the usual symptoms of the disease; herpes can cause severe pneumonia in the baby.

But it is rare for this to happen: indeed; it is possible to control herpes throughout pregnancy with the help of appropriate treatments.

It is estimated that approximately 15-20% of pregnant women are carriers of Group B streptococcus, and one in two will transmit the infection to their newborn at birth.

This is the most common cause of infections, sometimes fatal, in neonates. Indeed, from six to twelve hours after birth; some babies born to a surrogate mother develop sepsis; the symptoms of which (respiratory distress, sleep apnea, shock) can lead to death.

These babies are also more likely to develop meningitis within a week of delivery.

To avoid these negative consequences; between the 35th and 37th weeks of pregnancy; the doctor usually carries out a screening test.

Infections and pregnancy, all women who are positive are given antibiotics at the start of work. Antibiotics will also be given to an at-risk mother who has not received her test results.

After birth; the baby is of course closely monitored and; if he shows signs of infection; he is also given antibiotics.

65 % of mother-to-child HIV transmissions occur during childbirth. If the mother and the unborn child are not treated; childbirth is very risky, with a transfer rate of 10 to 20 percent.

Fortunately; many treatments have been developed. Thus, When follow-up is well done and treatment is well administered; this rate drops to 1 %.

Transmission of the virus during childbirth occurs through contact between the mother’s blood and the blood of the newborn or through contact with cervical and vaginal secretions.

Therefore; antiretroviral therapy and Zidovudine therapy in a pregnancy attempt to reduce the viral load in the blood and cervical mucus.

If the viral load has not been lowered sufficiently; for example, if the diagnosis was made too late or if the woman does not respond to the treatments; a cesarean section will be performed.