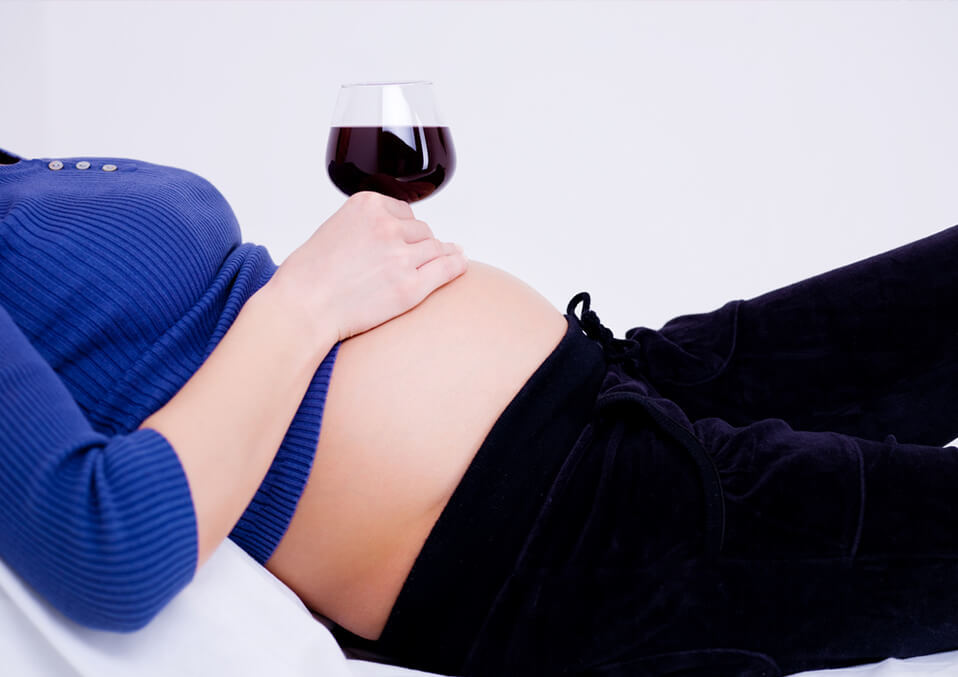 How many times does a pregnant woman receive unsolicited advice? More than she can count and a lot of them involve dietary restrictions. However, a lot of these restrictions are contrary to each other –especially drinking alcohol during pregnancy.

Most would say that drinking alcohol during pregnancy post risks for you and your child. But is a full-on ban on alcohol really a good thing? Because there would be other blogs and online sources saying that it is okay to have a little bit of wine every now and again. Raising more questions than answers, most expecting moms face the dilemma of radically changing their drinking habits.

Despite the mixed answers you will receive, the majority would say that casual drinking should be avoiding. Of course, excessive drinking is out of the question. But is it possible to still drink a little bit?

Below are some reasons and risks to drinking alcohol during pregnancy.

Is alcohol during pregnancy dangerous?

It is proven that heavy drinking will negatively impact your baby.  When you drink, alcohol passes from your blood through the placenta and to your baby. Unlike you, your unborn baby’s liver is still developing meaning they cannot process the alcohol the way you can.

Alcohol can pass from the mother’s blood to the baby’s blood which can damage and affect the growth of the baby’s developing cells. At the same time, you are also putting yourself at risk. As an expecting mother, the surge of hormones you’re experiencing might not mix well with alcohol. It can cause high blood pressure, nutritional deficiency, and even gestational diabetes.

What doctors are saying?

According to Harvard Health Publishing, drinking a little bit of alcohol during pregnancy is okay., especially during the first trimester.  Occasional small amounts of alcohol early in the pregnancy is less risky to both the mother and the baby. A few sips of wine during the first trimester does not have any serious side effects or health concerns.

So rejoice baby mamas because one glass of wine is okay. Nothing to worry about as long as you limit yourself to the minimum amount. Alcohol still posts risks to your unborn bundle of joy.

It is established however that most doctors do agree that avoiding alcohol during pregnancy is the safest choice Because the problem is that there are no proven studies on what amount of alcohol is deemed safe for pregnant mothers.

Drinking before you knew

What about drinking alcohol before you found out you’re pregnant? It is advised to stop drinking when you are planning to conceive a child but then again most moms-to-be are in the dark until the symptoms show.

Some may even not know they’re pregnant until several weeks into their pregnancy! Probably, during this time you are out drinking a few shots or glasses of wine without realizing there is a bun in the oven.

Other studies found that there is no harm done to their unborn children as long as they were able to adjust their drinking habits during pregnancy. There’s no cause for concern since the first few weeks of drinking will not affect your developing embryo.

The risks of drinking alcohol during pregnancy

Search the internet and you will get the scariest of answers.

Endless articles saying that drinking during pregnancy will cause physical abnormalities, small head size, and even a stillborn. Other sources have also claimed that early exposure to alcohol can cause long-term problems are birth. Alcohol can also affect the developing brain cells of your baby throughout the entire pregnancy.

Exposure to alcohol during pregnancy can also result in fetal alcohol syndrome (FAS). This serious condition can cause the child to develop facial abnormalities as well as learning and behavioral issues as they mature.

How to adjust your drinking habits

A lot of us enjoy a couple of drinks to celebrate or unwind, so it will be hard to rid of the habit completely. Nine months is a long time to stay sober meanwhile everyone around you is enjoying a drink or two. So, what can you do to abstain from alcohol during pregnancy?

Here are a few helpful tips and alternatives for you to consider:

1. If you drink to unwind after a stressful day, it’s best to find a healthier substitute.

You can replace your usual afternoon wine with a cup of tea or some fruit smoothies. Tea is calming meanwhile a good fruit smoothie is not only refreshing but also a healthy energy booster.

2. If tea or smoothies are not your thing then try some non-alcoholic alternatives.

Yes, we all want that beer during dinner or bloody mary on brunch Sundays but right now you need to stay strong. You can opt to have a Virgin Mary –basically a delicious bloody mary without the vodka. If you’re in the mood for some cocktails with the girls, you can order a few mocktails to join in the fun.

It’s going to be hard being sober for nine months all lone, so why not ask your partner to join you? After all, you’re both raising this child together. It takes a lot of discipline to change a habit, having a support system will help make the transition easier. Ask your partner to quit drinking with you. If you created life, you might as well commit to making sure alcohol will not be part of your nine-month journey. You should not be alone in avoiding alcohol during pregnancy.

Your baby is a top priority

Drinking is fun but the health of your baby should be your top priority. Drinking during pregnancy is a huge risk you cannot afford to make. Light drinking can be somewhat acceptable but there’s no science to what is the safe and acceptable amount to drink. It will be hard adjusting to months without the joys of alcohol but once the nine months are up, you will be thankful for it.