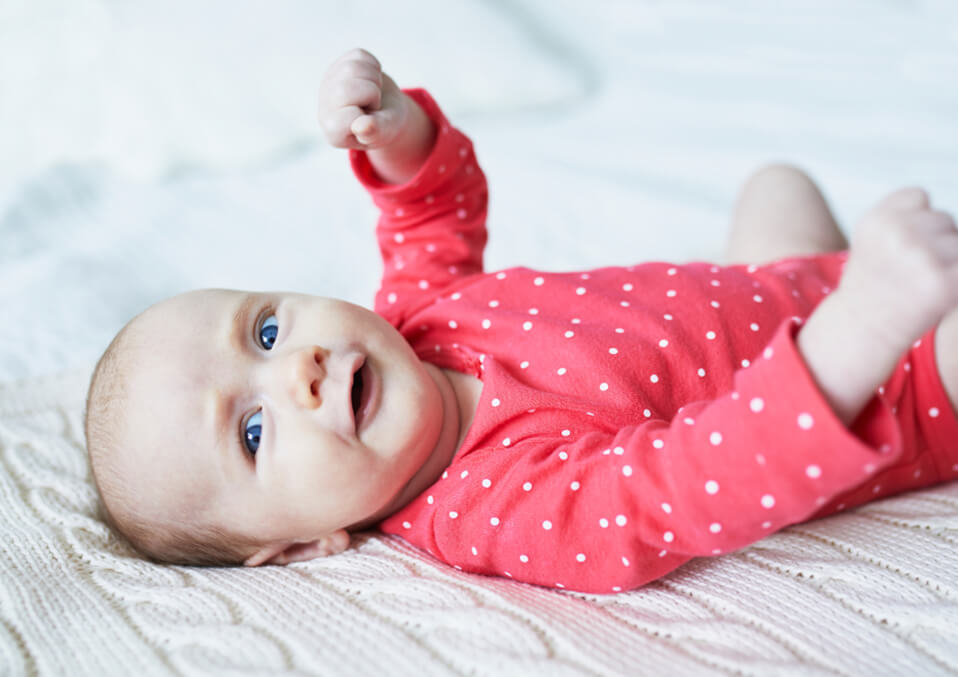 Getting pregnant is one of the most amazing news to ever receive. Families from both sides are eager to know the baby’s gender and are coming up with all those name suggestions. You and your husband are also confused about what to name your baby, especially with all those wonderful suggestions. You think about different names from different languages, and searching it on the net. You would usually get a bunch of name list that is usual and are most commonly used.

But have you ever heard of the language called Sanskrit? Sanskrit is an ancient Indian language which already has 3,500 years of history. It is the primary language of Hinduism and the most used language of Hindu philosophy as well as some of the principal texts of Jainism and Hinduism.

Sanskrit is an ancient Indian language that can be traced back to 2000 bc in its earliest written form. It is also considered as the root of most of the Indian language. However, it is already considered a dead language but is still used by some of the modern Aramaic communities.

If you have are interested in unique and uncommon names for your baby then this might be the one you are looking for. Sanskrit baby names are unique that if you’re not living in India these names are rarely heard of.

Here are some of the list of baby names and meaning that you can choose to give to your child.

Aarunya –  means the First ray of the sun.

Abha – it means Brightness. Like how your baby girl brought brightness into your life.

Aishwarya –  this means Rich and Prosperous. This name has now become common thanks to actress and former Miss World, Aishwarya Rai.

Alisa –  this means Protected by God

Amala –  this means The Purest One.

Amita – this means Endless. The feminine version of the name  Amit.

Anjali – this means Gift or Offering.

Anvitha – this Sanskrit name means Absorbed and also considered to be an exotic name to give to your daughter.

Asha – this name means Desire or Hope. This name will definitely give the meaning to your feelings towards her, your desire to hold her, to love her and give her all the best things in life.

Asmi – is a short name for a girl meaning I Am.

Bala –  this Sanskrit name means The Little One. This name will remind her that no matter how old she is, she will always be your little one.

Beryl – this name means Gemstone. This name will best signify her being the gem that came into your lives.

Bhumi –  this name refers to the earth. It can also be spelled as Bhumi or Bhoomi.

Bhodi – this name means One who has attained supreme knowledge and enlightenment.

Chandana – this name in Sanskrit means Sandalwood. This name also connects to the culture and tradition of Hindu.

Chandrabha –  this name in Sanskrit means Light of the Moon.

Chitrangada – is a fragrant material who is also the name of the great warrior’s wife from Mahabharata.

Devi – meaning Goddess of All and is a symbol of the power of femininity in Hindu Mythology.

Dhuni –  is a name inspired by nature and means River. In Hindu, rivers are considered holy and also a symbol of life.

Ekathva – in Sanskrit this name means Oneness. The ultimate goal in life is to attain oneness with the divine according to Hinduism.

Elakshi – this name means ‘a woman with bright eyes’ in Sanskrit.

Gunanidhi –  meaning ‘stockpile of good qualities’. This name will definitely give meaning to the good qualities and right values you instill.

Gunjitha – meaning ‘humming of the bees’.

Gomeda –  this name in Sanskrit means ‘one who is like a gem’. What better name to choose for your daughter than Gomeda which signifies how precious she is.

Hritika – this name means ‘truthful’. This name sounds pretty and also has a good meaning to it too. This name will also remind her of being truthful in any way.

Ila – this means ‘woman from the earth’ .

Kali –  this name in Sanskrit is the name of the fierce Goddess of Destruction.

Kamini – means ‘desirable’ in Sanskrit. This name will definitely give justice to your desire for her.

Kantha –  means ‘gorgeous’. This will always remind her that she is gorgeous inside and out.

Kanthi – this name although slightly similar to the name Kantha has a somewhat similar meaning. Kanthi means ‘lovely’.

Kashi – this Sanskrit name means ‘radiant’. Like how radiant your love for her is.

Kusumina – this name means ‘flower’. An interesting name to give to your daughter. Flowers also signify the birth of a new life.

Lakshmi – is the name of the Goddess of Beauty, Abundance, and Prosperity is the Hindu Mythology.

Lavanthika – this name refers to a musical pattern of notes called raga.

Lavanya – means ‘gracefulness’ in the Sanskrit language. This Sanskrit name is very popular in the southern part of India.

Madhuri – means ‘sweet’ just like how your daughter is.

Manishitha –  this name although slightly similar to Manisha has a totally different meaning. This name means ‘wish’.

Mohini –  this name means ‘enchanting’. If you know your Hindu Mythology, you will know that the name Mohini is the combined power of Lord Shiva and Lord Vishnu.

Myra – this name in Sanskrit means ‘sweet’, as sweet as your love for your daughter.

Nalika – it means ‘lotus’. Lotus is an ancient symbol in Asia. It also has a different meaning to every culture and tradition, but in Hinduism Lotus is used as a symbol of divine beauty and purity.

Nandini – means ‘delightful’ or ‘pleasing’ just like how you see your daughter.

Nandita – in the Sanskrit language, Nandita means ‘cheerful’ or ‘happy’.

Neela – meaning ‘sapphire blue’ is also popular not only in India but also in Africa.

Nehal –  means ‘beautiful’ just like your daughter, the most beautiful in your eyes.

Nirmuktha – means ‘free of bondage’. This name signifies independence just like the youth of this generation.

Nisha –  means ‘night’ in Sanskrit. This name signifies the peaceful face of your daughter while she sleeps, peaceful like the night sky

Nitya – means ‘perpetual’. This name signifies your love for her never-ending.

Ojaswi – in Sanskrit means ‘bright’ just like how she brightens your day every day.

Pakhi – means ‘bird’. It can also be spelled as Pakhi or Paakhi.

Priya –  means ‘beloved’. A perfect name for your beloved daughter. Also is a traditional name given to daughters born in august

Raga –  is a musical term in Sanskrit. Raga is a melodic frame of notes

Sachi – Sachi in the Hindu Mythology is the wife of Indra, the King of Gods.

Shuchi –  is ‘pure’ in the Sanskrit language.

Utkarsha – it means ‘energetic’ just like how she is being a toddler, very energetic.

Vela – this name means ‘shore’ or ‘coast in the Sanskrit language.

Venya-  meaning ‘wished for’. Just how you wished for the wonderful gift, a daughter

Aadit –  meaning ‘peak’. You are at the peak of joy when your son came out into the world.

Aagam – it means ‘arrival in the Sanskrit language. How you have waited for your son’s arrival into the world.

Adhrit – is another name for Lord Vishnu in Hindu Mythology.

Advaita – it means ‘unique’ in Sanskrit.

Agni – which means ‘fire’ in Sanskrit.

Anish –  meaning ‘sovereign’ . give your son a name that fits royalty.

Asav – this name means ‘essence’. As is still an uncommon name in India

Ashvath – it means ‘strong’ in the Sanskrit language.

Bandhul – is a unique name meaning ‘pleasing’ in Sanskrit.

Chandan – meaning ‘sandalwood’ is an important part of Hindu. Sandalwood is a symbol of purity and chastity.

Chandra – meaning ‘moon’ in the Sanskrit language is like how your son brightens your night like the moon.

Daiwik- this name means ‘by the grace of God’.

Daksh – this name means ‘capable’ in the Sanskrit language. This is also the name of Lord Brahma’s son and is one among the holy trinity.

Dakshesh – means ‘ruler of Daksh’. Aside from the son of Lord Brahma, Daksh is also a powerful country ruled by Dakshesh, a just and kind King.

Darshan – means ‘the perceptive one.

Deepak – means ‘light’ in Sanskrit. Your son is also your light in the dark and this name will be the best choice.

Deodar – meaning ‘the divine wood’ in Sanskrit is native to India and is the name of the god tree.

Deva – means ‘one who wishes to excel’. Is a great name to choose from for your son.

Dharma – means ‘truth’ in Sanskrit. This name is a unique name to give to your son.

Dhanush – this name means ‘bow’. This name is commonly used in the southern part of India.

Divit – means ‘immortal’. Just like your undying love for your son, this name is the best choice to show your love for him.

Eashan –  this name is one of the names of Lord Shiva in Hindu Mythology.

Ganesh – this means ‘god of multitude’

Girik – is one of the many names of the Hindu mythology’s Lord Shiva.

Gyan – this name means ‘filled with knowledge’.  This name will definitely be one of the best choices to name your son. It’s short but has meaning.

Hanan – is the name that I would recommend you to give to your son. This name means ‘the one who is full of mercy’

Harij – is a Sanskrit name meaning ‘the horizon’

Harish – this name means ‘king of the apes’

Jagrav – this name in Sanskrit means ‘the one who is awakened.

Jai – this name is an awesome name to give to your child as this name means ‘victor’ ‘win’ or ‘success’.

Kairav – this name means ‘white lotus’ in the Sanskrit language. White lotus is usually seen on deities as this flower means purity in Hindu.

Kaivalya – is the name meaning ‘perfect isolation’ in Sanskrit

Karma – this English word is also a name in the Sanskrit language which means ‘destiny.

There are a lot of Sanskrit names that you can choose from on the internet. These are just a few examples of them