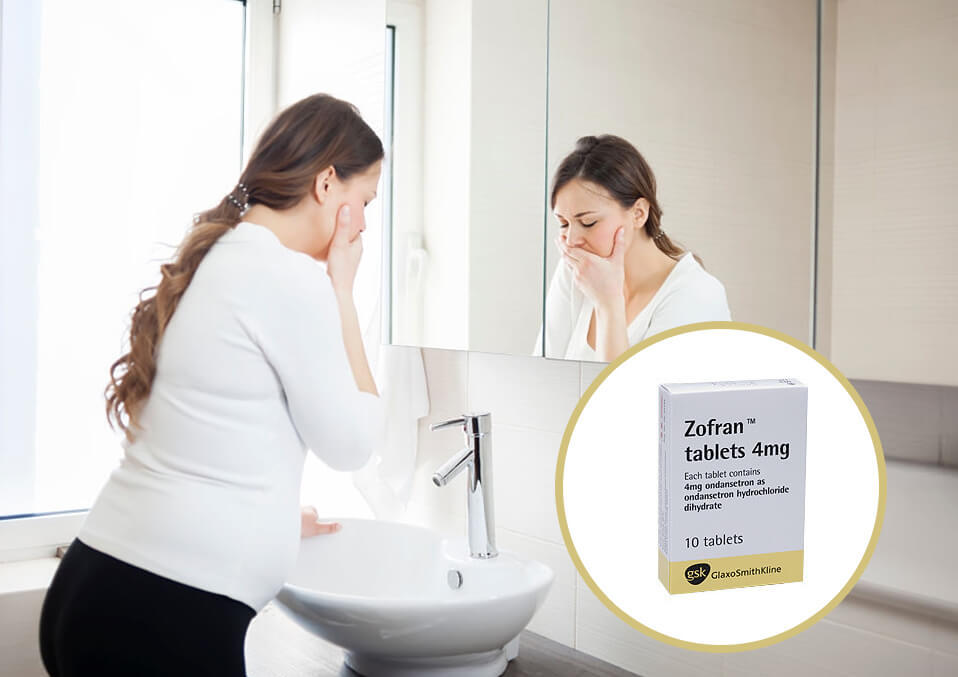 Nausea and vomiting are very common and the first signs of pregnancy. Nausea or morning sickness usually starts around the 6th week of pregnancy. Nausea is one of the most experienced complains of most pregnant women. Nausea is normal during pregnancy and it will not harm you and your baby. However, if you experience morning sickness that is unbearable and worse, you think to yourself about taking medicines for remedy. About 8 out of 10 mothers reported to have experienced morning sickness during the first trimester and thus, some of them reported to have taken medicine to prevent nausea. That medicine is what we called, Zofran or its generic name called ondansetron.

It is always a prohibition to take any medicines that are not prescribed by doctors during pregnancy. But there are still some medicines that are being prescribed by doctors to pregnant women. Just like Zofran medicine. If you are a soon-to-be mother and you might consider taking Zofran but you are anxious to do so because of your baby’s safety, this article will discuss the advantages and disadvantages Zofran will bring to you and your baby.


It is a prescription medicine that can be recommended for vomiting and nausea most especially for patients under chemotherapy or surgery. There are a lot of pregnant women who are suffering from severe signs of morning sickness, and they are most likely prescribed to take Zofran during the first trimester. Its generic name is ondansetron and estimates suggest that one out of ten pregnant women receive a prescription for ondansetron.

Zofran has really shown effectiveness in treating morning sickness for pregnant women for the past few years, but absolute studies that evaluate the safety of the medication especially when taken by a pregnant woman are hard to find. But in recent studies, it indicates that taking Zofran may also come with serious side effects for both the mother and the baby.


Zofran actually works by hindering chemicals in a person’s body that are liable for nausea and vomiting. It can be taken in a tablet, in liquid, or even through injections. For most pregnant women who are experiencing morning sickness were usually given a tablet orally. It normally starts around eight milligrams per tablet is taken once or twice a day depending on the doctor.

No one knows what is the main reason why pregnant women usually experience nausea or vomiting, but if for instance, nausea is severe and intolerable, doctors may actually prescribe Zofran.


The issue at hand is that Zofran is not yet approved by the FDA as a medication for pregnant women. According to the Food and Drugs Administration, taking Zofran while pregnant can potentially lead to very serious birth defects. It brings an unknown risk to the health of the fetus due to the lack of safety tests conducted. But despite these warnings and disapprovals, there are still many doctors still often prescribe it. What’s even worse? Since pregnant women experience morning sickness during the first trimester, they were still prescribed by their doctors to take Zofran even if they are still in the most crucial stage of pregnancy. Doctors have their permitted responsibilities to advise their patients of the risks that taking Zofran may bring.

Studies also can’t deny the fact that Zofran isn’t created solely for nausea and vomiting. This kind of medicine functions as a treat for those with cancer, undergoing chemotherapy, surgery, and radiation that is known to be very prone to nausea or vomiting.

Birth Defects are known and very critical conditions that actually affect babies. Birth defects are physical changes present at birth that affects the baby’s body parts, such as the heart, brain, face, arms, and legs. Here are the most common birth defects that can potentially come from Zofran and these are:

Since the risks of taking Zofran is still generally unknown, it is the mother’s responsibility to consult with a doctor about all that matters and concerns during pregnancy. Also, as much as possible, if you are having morning sickness, just bear the pain and uneasiness you are feeling. Do not rely on everything on drugs while pregnant. As long as you can handle it on your own, avoid taking medicines because it can always have a side effect especially when you are pregnant.

Common side effects for the mother

There are also pregnant women who claimed to have experience of side effects along with birth defects in their babies when Zofran was taken. Be aware of these effects when you are pregnant.

Most doctors as well advise their pregnant patients that are suffering from nausea or morning sickness to start with dietary changes and omit the things that can actually trigger or worsen the situation. Because the main suspect for vomiting is the food that we take. If you adjust or change your diet, it is most likely that you will only experience less vomiting or even none at all.

However, dieting doesn’t always work for some women. Sometimes going natural and simple remedies can help a lot. Here are the two and the safe methods most doctors suggest before prescribing Zofran.

If you are pregnant and prescribed by doctors to take Zofran, just be careful. Doctors will never prescribe drugs that they know can have a bad effect on your baby later on. Yes, studies show that there can really be a risk for cleft palate or any heart diseases, and it can turn out to be true, but just trust your doctor.

If you are hesitant, try alternative natural ways to get rid of the vomiting. Alternatives can be very safe. Or you just do nothing at all since morning sickness is a normal event for most pregnant women and it will just end once you are done with the first trimester.