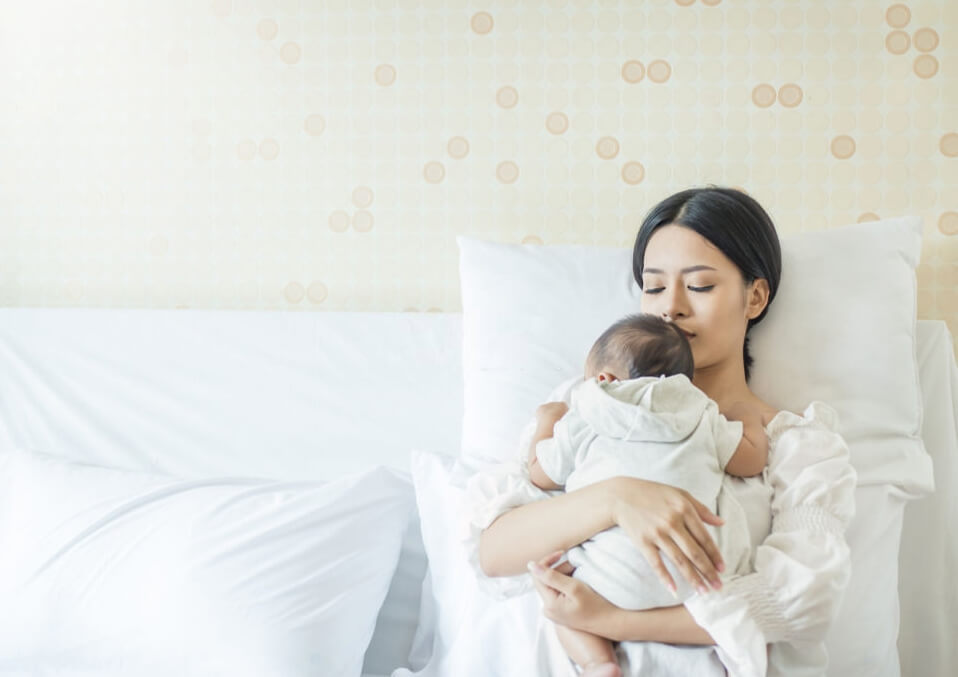 When it comes to giving birth, you must be familiar with everything you need to know about bleeding after birth.

Whether you have a vaginal birth or Caesarean section, expect to bleed to occur after birth along with discharge which is called lochia. Remember that this is how the body eliminates the excess blood and tissues in the uterus that facilitated the development of your baby.

Generally, there is heavy bleeding during the initial few days after the baby is delivered. Nevertheless, if heavy bleeding persists after, it is best to consult a doctor.

Let us now take a close look at everything that you need to know about bleeding after birth – what is normal and when to see a doctor.

Primarily, the blood can be described as bright red accompanied by some clots during the first few days after birth. During this period, you must wear a hospital-grade pad but can switch to a regular pad later.

Upon bringing the baby home, bleeding is still present. This is likely to occur if you are moving around a lot. If this occurs, it is recommended to stay off your feet and rest.

There are also instances in which there is a gush of blood when standing. After 10 days, the bleeding should lessen. There is still minimal bleeding or spotting for up to 6 weeks after giving birth.

When to call a doctor

When it comes to everything you need to know about bleeding after birth, you should also know when to seek help.

Remember that postpartum hemorrhage is a dangerous condition. It can lead to a significant drop in blood pressure. If it is too low, the organs will not receive enough blood, eventually progressing to shock and can cause death.

See a doctor or call 911 if any of these signs or symptoms are present:

Certain factors increase the risk of postpartum hemorrhage. A woman is at higher risk if she had it before.

The typical cause of postpartum hemorrhage is uterine atony. When this occurs, the uterus could not contract normally as it should which results in heavy bleeding after giving birth.

Other conditions that increase the risk of bleeding after birth include:

There are various treatment options for postpartum hemorrhage. The root cause of the bleeding will be used by the doctor to decide on a suitable treatment.

Some of the treatment options include:

By now, you are familiar with everything you need to know about bleeding after birth. When there is excessive and prolonged bleeding, it is best to consult a doctor.