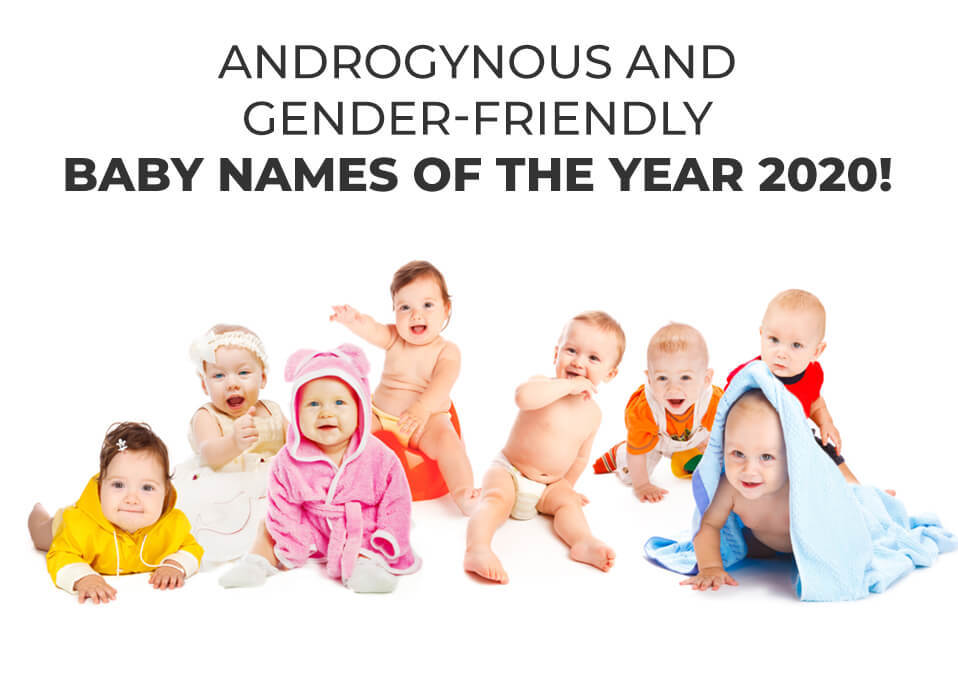 What makes a name androgynous?

Baby-names have been drastically becoming androgynous for the past decade, with the issues of gender fluidity, the morality of assigning sex and gender to a baby and with the acceptance of LGBTQ culture, many young millennial parents and alike are preferring androgynous baby names and have been the trend of 2019 and the incoming years ahead to come.

A name is androgynous if the name doesn’t denote any gender of a person regardless of his or her biological sex or his preferred mode of sexuality.

Androgynous names are popular because oftentimes these names can be labeled as non-specific to the gender of the baby, unisex names are gendered-neutral and can be considered non-discriminatory for some people who are sensitive about the gender-based topics.

The names people assign to their children is always determined by the parents’ set of beliefs, culture, country, current socio-political issues and the media they consume, a popular example of this phenomenon is the skyrocketing rates of female babies getting named as “Daenerys” and “Khaleesi” in the U.S. The name was a popular character from HBO’s hit series ‘Game Of Thrones’. This example often proves that the names we assign to the children often carry meaning, symbolism, value, and worth and it can sometimes determine the person’s fate and way of life.

Names that are considered male and female are fairly obvious based on the English dialect, oftentimes these names are traditional and can be considered common names that have been used for centuries, some names even have even deeper meanings and have been traced backed to biblical times.

Female names are less traditional than the male counterparts and are branded as feminine in nature and often denotes a sense of beauty, sweetness, sensitivity, and compassion, many male names are also being changed to female names with the addition of “ee, an ine, ey” some examples of it is the name Alexandra derived from the male name Alexander, other examples are Roberta (Robert), Juanita (Juan), Adrianna (Adrian), Daniella (Daniel) and many others.

Androgynous names, on the other hand, are often different from the male and female names, unisex names do not have any connotation with the gender, many unisex names are inspired by many things such as gender-less words pertaining to an object, random words in the English dialect, and names pertaining to a place, country, city or nature.

Benefits of assigning an androgynous name to a baby

Names that are considered gender-bending, gender-neutral and gender-fluid can have some good benefits to the psychological well-being of the child,  androgynous names are often considered unusual in a good way and can be considered beautiful and unique by the people around them, just imagine naming your child Grey, Snow, Parker, Winter, Dublin, Gucci, Paris, Rowan or Presley! The names are noteworthy and can be attention-catching to a lot of people!

These unique names are often rare and are considered beautiful and unusual at the same time compared to the traditional boy and girl names which are considered to be purely common. Androgynous names give a direct connotation to the identity of the child not because the child is confused about his or her gender, but rather they can be and can choose to become who they want but the main point of giving a child an androgynous name is mostly for the reason that it gives a sense of unique identity to the individual owning the name.

Unisex names are also beneficial when the parents are planning to choose a name and the baby’s gender is still unknown it creates a safe area for the parents to name their child without assuming the child’s gender.

Androgynous names also create a safe place where children can define themselves as they grow mature and more aware of their personality and identity, traditional male and female names often assign many things to children and many parents who chose to name their kids gender-neutral believes that a child’s gender should not be defined by their name.

The following are some of the most unique, beautiful, gender-fluid names that are on the rise during 2019 and will continue to do so this upcoming 2020:

There are many other androgynous names that are not listed above, there are many other names can be created, naming a baby can be a worrying experience to the parents because it is one of the important responsibilities of the parents that should be taken care of seriously, names carry meaning, the name that the baby will be assigned to is the name that the baby will carry as he/she grows old, let us celebrate uniqueness by promoting androgynous names!