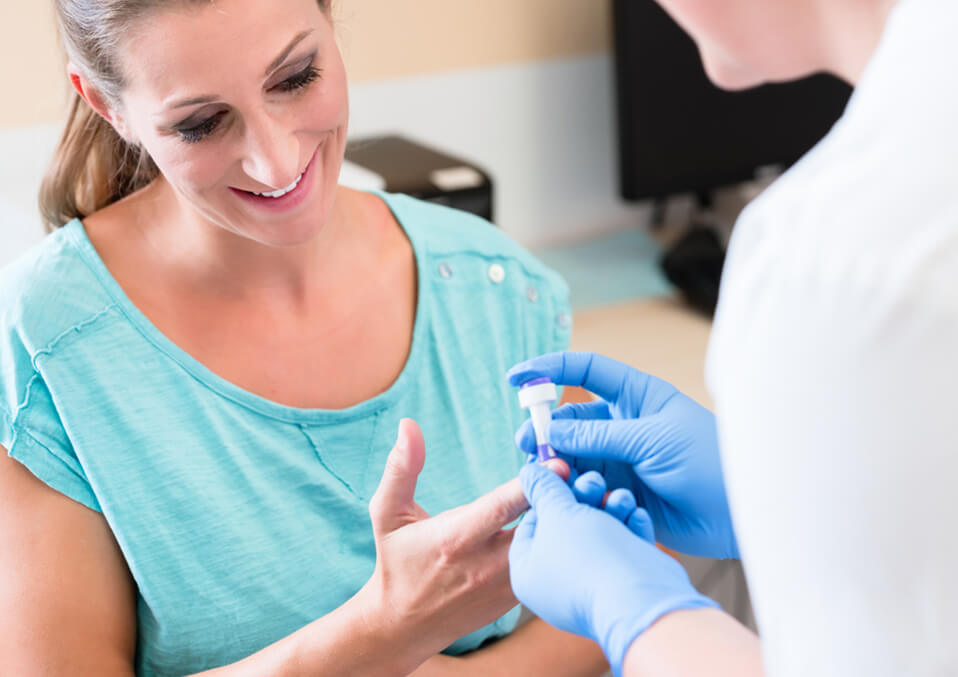 How early can you detect pregnancy through a blood test

If you want to know if you are pregnant or not at an early stage, doctors might ask you to do a blood pregnancy test because it can detect pregnancy as early as less than 10 days after a missed period or around 5-8 days after the ovulation period. There are also some instances wherein the HCG level is even detected earlier. This test can only be done in the hospital or in testing laboratories, however, the test results are longer.

How is this pregnancy testing method done?

Blood pregnancy testing is not always favorable, especially for those who have a fear of needles.

However, pregnant women should be used to it because they will be going through a series of different tests like this. It is done using a sample of blood that is analyzed and detected if there is HCG composition.

The process is usually done like the usual blood testing where the needle is inserted in the forearm to draw the blood sample.

If the HCG level is increasing in number; it means that the results are positive to pregnancy.

When are you required to take a blood pregnancy test?

However, there are some instances where your doctor needs the count of your HCG that is why blood pregnancy test is recommended.

During your prenatal visits, your doctor would most likely ask you to take a blood pregnancy test to check for any infections or problems during pregnancy.

This test is usually done on a regular basis throughout pregnancy especially if you are suffering from an occurred disease or illnesses from being pregnant.

How accurate blood pregnancy test is?

Compared to the urine pregnancy test; a blood test is more accurate. The chances that you’ll get a false negative is rare but there are instances where the results change especially if you are taking medications that may affect the HCG level; it may be increased or decreased.

You need to inform your doctor if this happens so that they can give you a substitute test to know if you are pregnant or not.

There is a scientific basis that the use of this blood pregnancy test is about 99.9% accurate. Not only that it is accurate when it comes to detecting pregnancy, but it can also detect pregnancy problems that need to be attended to as soon as possible.

Pros of a blood pregnancy test

Cons of a blood pregnancy test

This is a human chorionic gonadotropin (HCG) test that checks and measures the level of HCG in the blood during pregnancy. There is a certain level of HCG concentration that determines pregnancy.

This is a type of blood test that verifies if there human chorionic gonadotropin which is a hormone found in the blood. This test determines if the person is pregnant or not.

Other uses of blood pregnancy test

Aside from detecting pregnancy, doctors usually see any pregnancy problems that may affect the overall health of the mother and the fetus through the blood pregnancy test.

Some of these pregnancy problems RhD factors, anemia, and other infections.

Iron deficiency is common to pregnant women. It can be detected easily through a blood pregnancy test to see the hemoglobin count.

The doctor can easily detect if there is an iron deficiency to know the exact supplement that is needed.

Rh factor determines the protein availability at the surface of the red blood cells. Blood cells that have this on their blood are considered RH positive while those who do not have this are RH negative.

During pregnancy; being RH negative won’t do any harm to your health but if in any case; your fetus is RH positive, it may greatly affect the antibodies in your body that cause negatively to your blood because of incompatibility. It is important to cure incompatibilities with the RH factor because it can cause problems if you still wish to get pregnant.

Pregnant women are prone to different kinds of infections because of their lowered immunity.

A blood pregnancy test can detect these infections and how mild or severe it can be in just one testing through this test. The infections common to pregnancy are rubella, syphilis, hepatitis B, hepatitis C, and HIV.

This is the type of diabetes that is diagnosed only to pregnant women.. Blood test detects the glucose level in the blood. If the glucose level is too high, there is a possibility that gestational diabetes occurred. It should be treated right away because if not; it can cause other severe complications may also affect your baby.