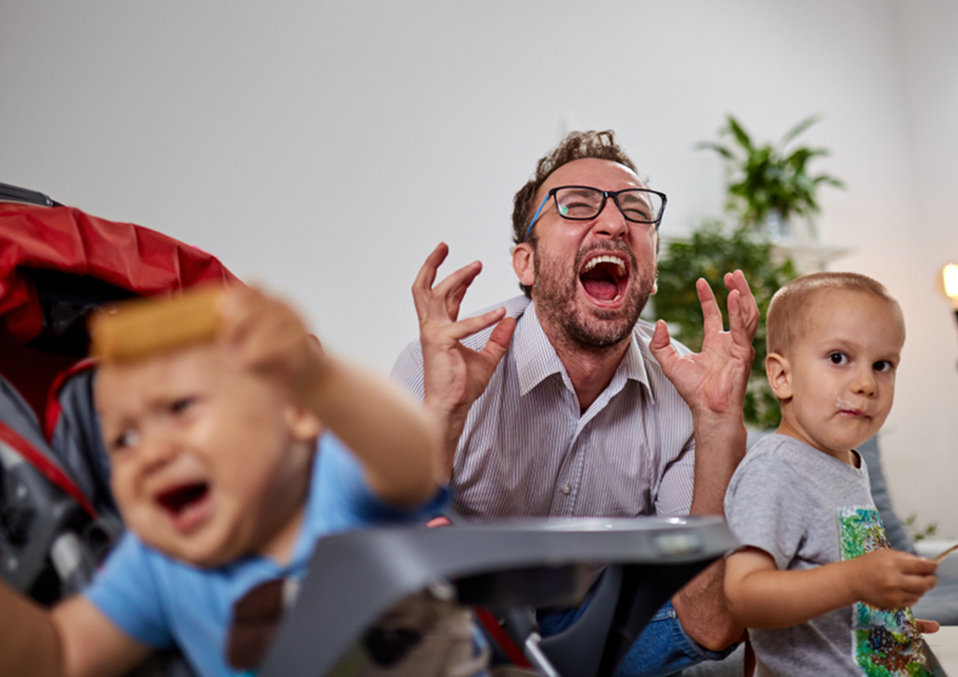 The concept of “toxic parent” is not easy to understand, as the two words seem to be contradictory. And yet, some parents, even well-intentioned ones, sometimes do harm to their child(ren) and raise them in an unhealthy and unhealthy climate.

Here Are 5 Signs That Make It Possible Recognize a Toxic Parent (And To Get Away From It If Necessary):

Here is a sign that can alert a parent to the toxicity: as soon as his child realizes something, he will never be happy or proud of him. On the contrary: he will always find that the child could have done better, that he did not go through with it, that he could have improved something for it to be really good.

Worse, a toxic parent does not hesitate to make fun of his child, whether at home alone or at school in front of friends and others. Under these conditions, it is difficult for a child to grow up with good self-esteem…

2. A Toxic Parent Acts As a Barrier To His Child’s Emotions: 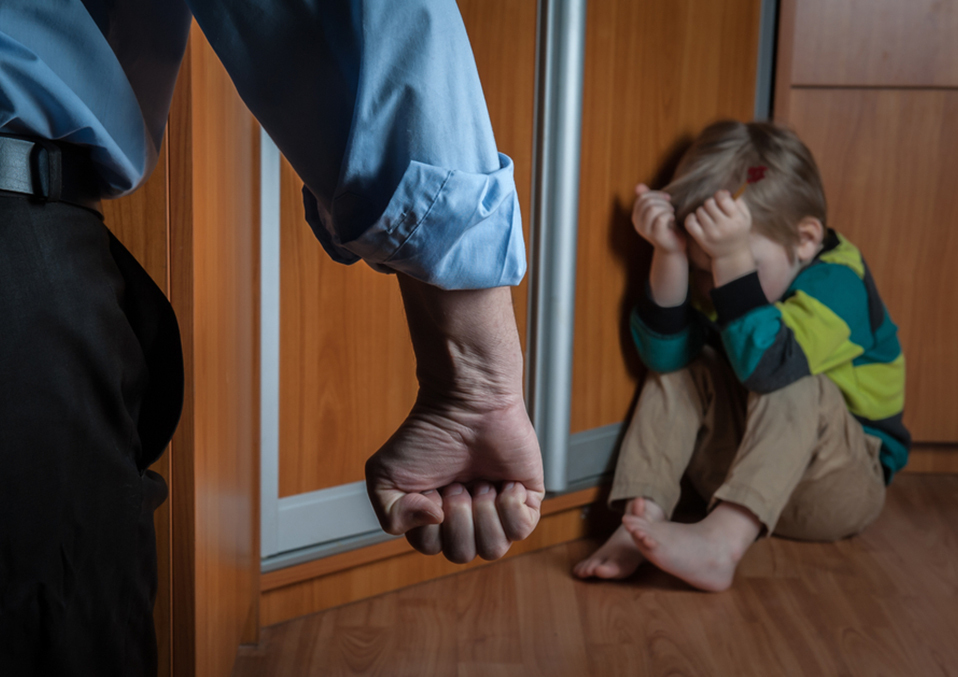 Children often experience fears, anxieties, phobias, and all kinds of irrational emotions that their parents sometimes find difficult to understand. But where a benevolent parent will do anything to try to understand how his child feels to calm and soothe his anguish (“we will look under the bed together, you will see that there is no monster under it, and you will be able to do a big dodo without being afraid ! “), a toxic parent will completely ignore his child’s emotions: “oh la la, At Your Age, still being afraid of the dark, you look like a baby ! Go to bed now ! “.

When a child makes a mistake, the role of his parents is to show him how what he has done is wrong, and if the mistake is serious, punish him so that he understands the lesson and avoid him in the future.

But a toxic parent will act more perniciously, and try to make his child feel guilty by showing him that not only is what he did wrong but that it also caused suffering and disappointment. The standard phrases for that? “But I told you so… “Obviously, you never listen to me, how could it be otherwise “, ” if I scold you, it’s because you deserve it… “, “You hurt my feelings a lot by doing this… ”

Sentences that inevitably end up weighing on the child, who in addition to having to bear the weight of his stupidity, must also bear the fact of having disappointed his parents, which is very hard for him.

4. The Toxic Parent Is Never Wrong: 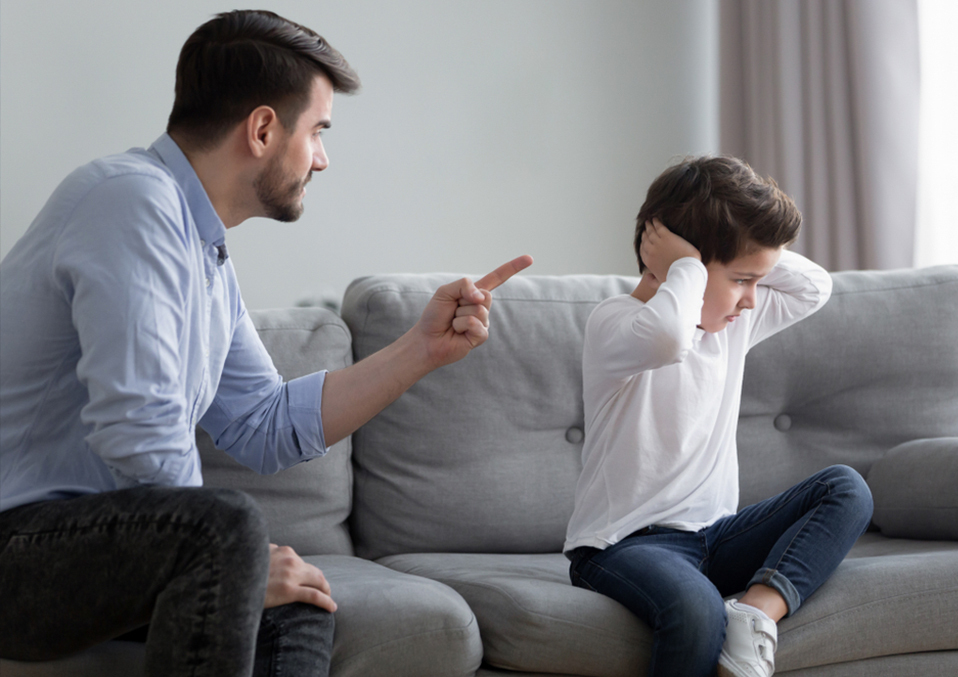 Even when caught in the act of error, fault or falsehood, it is impossible for a toxic parent to recognize in front of his child that he made a mistake, and to make amends by apologizing to him. Yes, to apologize to your child is to admit that you’ve made a mistake and to put yourself in a weak position in front of him. And that, for a toxic relative, is out of the question!

This is very disturbing for the child, who not only grows up thinking that one can be completely wrong and/or act badly without consequences, and who also do not learn to forgive

In general, toxic parents are people who cannot help wanting to take complete control of their child. They impose their tastes, their hobbies, and their activities on them… and of course, without taking any account of the child’s desires, who will find himself taking judo lessons twice a week when in reality, he loves theatre.

The worst thing is that once this pattern is ingrained (both in the parent and in the child), even when the child grows up and becomes an adult, it is difficult to get rid of the yoke of its toxic parent. Who will continue to give her “precious advice” about her professional career, the education of her children, how to manage her romantic relationships… Because of course, even as an adult, the toxic parent will always find that their child is making the wrong choices!

Toxic Parents: How Do They Behave?

Even if it seems simple to recognize these toxic fathers and mothers, it is more difficult for their children who do not always identify the problem. Often, and this is a pity, children do not realize until very late on the toxic relationship they have with their parents. In adolescence, in adulthood or even in their old age … sometimes, they never even understand.

Toxic parents don’t all behave the same way. There are different examples.

“You have to do this, be like this, feel this, think like this, because I’m telling you. »

Children are submissive, dependent, accommodating and do not have very high self-esteem. They don’t trust themselves.

“Don’t do that, don’t feel this, don’t think that without me checking first. You must still be on my watch. That way, you won’t suffer, you’ll never make any mistakes and you’ll never get hurt. »

The children are unable to take any initiative. They’re afraid of everything. They are not autonomous

“I have the right to meddle in your life, to follow you everywhere and to know everything because I gave you life and raised you. »

Children are more rebellious, submissive or liars … depending on the individuality.

However, there are particularly toxic parents. And it’s often the mother who behaves like that.

Toxic “servile” mothers are dangerous for their children’s independence and emotional development.

We talk about these mothers in the next part.

The Mother Bonded, Is Particularly Toxic

A servile mother sacrifices herself for her child. At least she does everything she can to convince him when he’s a kid.

The servile mother is a specialist in emotional blackmail. As her child grows up, she takes it upon herself to remind her of everything she had to push back or sacrifice in order to devote herself to her education.

It is important to note that the servile mother is not one of cruelty. She believes hard that a mother must sacrifice herself and suffer for her child.

Even if there is not always an explanation, it is often very real fears that are at the origin of this type of behavior: the mother is afraid that her child will grow up and leave the family nest, that he will love another woman or that he will realize that he no longer needs his mother.

The loss of his son is death itself.

The servile mother manipulates her child in such a way as to make her believe that she must be the most important person in her life.

She makes him a puppet whose sons she agitates. He must always be attentive to his mother’s every desire or need. She makes him believe that, even if he grows up, the relationship he has with his mother will always be the most important of his life.

A toxic “servile” mother educates her child in the belief that it is her duty to look after her. Even when he is an adult and has children, she should always be his priority.

The child of a mother ” servile »

The child of a toxic “servile” mother who cannot detach himself from this disease that he contracts from birth (his own mother) will never be able to cut the umbilical cord.

As he grows up, the bondage and fusional love relationship he has with his father-daughter turn into sad love. The child feels indebted. He remains at the mercy of his mother.

The child of a servile mother is well educated but submissive, too accommodating, serious … a model child.

Any stupidity generates in him a deep sense of guilt at the idea that he made his mother suffer, even if he only broke a plate.

The Consequences Of Such Behavior:

They can also become more rebellious and fall into vandalism or delinquency.

Children of parents with a history of substance abuse have more difficulty developing healthy relationships with their peers and maybe emotionally unstable.