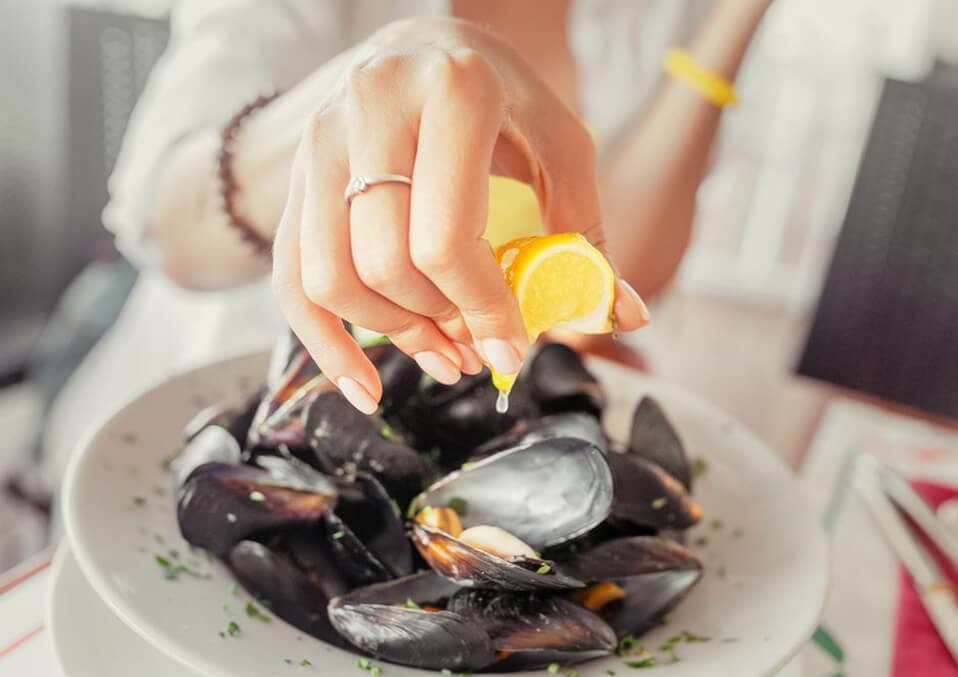 With its nutrient-rich content and earthy flavor, there is a lot of people that are being hooked with eating clams. In can be prepared in several ways that may give different flavor or vibe into it. With the different recipes that can be made through clams, can we say that it is safe for consumption especially to pregnant women? In this article, we’ll know more about clams and how it becomes dangerous to the pregnancy.

Pregnant women may eat clams and other seashells provided that are cooked properly. Clams are usually eaten raw, but it is not advisable for pregnant women because it may contain parasites and other bacteria that may cause food-borne illnesses such as salmonella. Some seashells may also contain high levels of mercury that is harmful to the fetus because its bodily development is affected.

Experts suggest that almost all seafood is safe to eat during pregnancy provided that they are cooked properly and that they are fresh. During cooking, make sure that its temperature reaches at least 63 degrees Celsius for you to be sure that it is already cooked. When prepared properly, the clam is a good source of omega-3 DHA, protein, iron and Vitamin D. Like any other foods that are suitable for pregnancy, it is also advisable to eat in moderation so that it may not cause any detrimental effects to you and your baby.

Benefits of shell-fish during pregnancy

This is considered a healthy fat that assists in the development of the baby’s eyes and brain. There is a heightened need for this nutrient during the last trimester until the baby turns 2 years old. It is important that women have high levels of Omega-3 DHA after giving birth to prevent depression or postpartum depression.

There is a high concentration of protein that can be seen in most shellfish including clams. Protein is needed during pregnancy because it is vital for the baby’s muscles, bones, hair, and skin. Pregnant women need at least 25 grams of protein per day.

This vitamin helps in the proper absorption of calcium that is essential for your baby’s teeth, bones, nerves and muscles and for the heart’s functionality. Vitamin also helps regulate blood pressure during and after giving birth.

Aside from supporting the immunity of both the mother and the fetus, it also helps carry out oxygen into the baby through the bloodstream. Without iron, anemia in pregnancy is common.

This vitamin-like compound is a good help for liver health and ensures that pregnant women are protected against fatty liver. The neurotransmitter, acetylcholine is made through choline that helps in the formation and maintenance of DNA, protein synthesis and for the production of the red blood cells.

A 100-gram serving of a clam is just enough to fill in the daily needed supply for Vitamin B-12. This vitamin is important for the formation and maintenance of DNA, protein synthesis and for the production of the red blood cells.

It’s unusual for seafood to have Vitamin C because this nutrient is mostly common to fruits and vegetables. It is said that 22.2 grams of clams that were served or at least 6 ounces of serving is equivalent to at least 36% of the daily needed supply of Vitamin C.

How many clams can a pregnant woman eat?

Pregnant women can eat at least 12 ounces (340grams) of seafood or shellfish per week or 2-3 servings for 7 days. It is advisable to eat clams once a week and to have varying choices of seafood in a week.

Shell-fish allergies are common, you may not have allergies to them before you are getting pregnant but you may be allergic to some foods because of the hormonal imbalances that you may experience during pregnancy. You must do some allergic tests before indulging yourself into a heavy meal of clam recipes.

Shellfish such as clams are prone to be infected by different toxins found on the bodies of water due to algae especially if the place where the clams were harvested is contaminated. Some toxins are sensitive to heat that is why it can be killed through cooking but some toxins have high resistance that is why as much as possible, do not eat clams if you are not sure where it came from.

Read also: Having an upset stomach during pregnancy is it something to worry about

Even though clams are rank second to the lowest seafood that contains less mercury contamination, it would still give out negative effects especially when taken in large amounts.