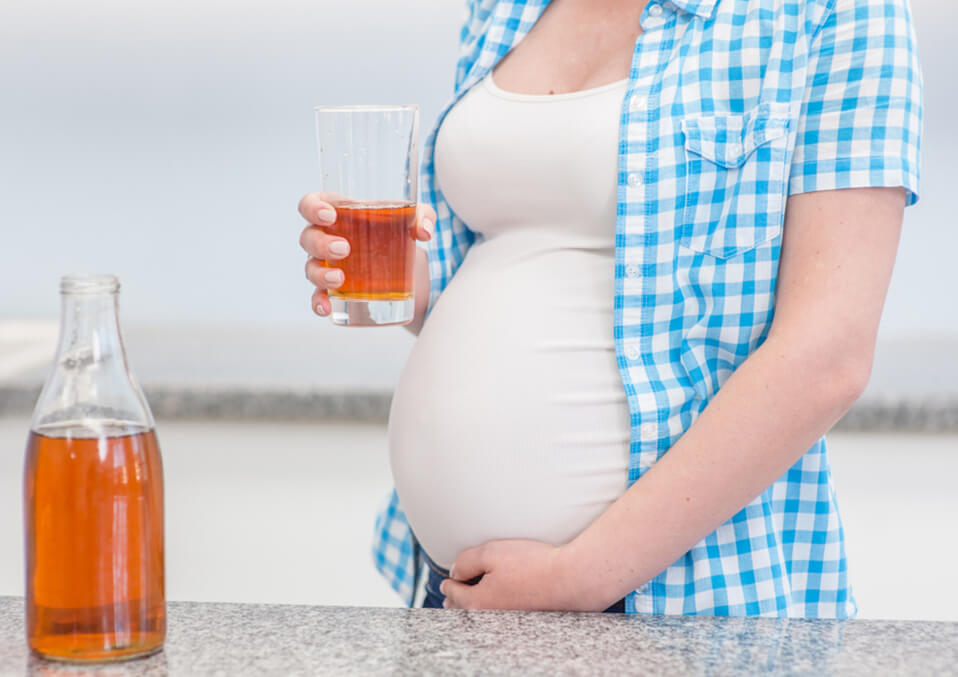 Aside from other healthy foods that your doctors are recommending for you to eat, are you aware that Apple Cider Vinegar is one of nature’s influential ingredients or drink for you? It has a wide variety of health benefits, beauty benefits, and even during pregnancy. It may smell and taste awful, but you never know the benefits it brings, most especially to pregnant women.

Most pregnant women are prone to illnesses and bacteria. That is why this article aims to explore the benefits and the side effects concerning drinking apple cider vinegar, as well as its safety. This article will give awareness to most pregnant women who consider adding this ingredient to their diet. Here’s what you need to discover about this ancient health remedy.

What is apple cider vinegar?


Apple cider vinegar or ACV is one of the most popular drinks that is a food condiment, and sometimes home remedies for certain ailments. Acv was claimed from wellness experts as the new miracle water due to its benefits so, what do we answer to the question “Can pregnant women drink ACV?” It’s a YES and maybe a NO.


There are two types of ACV, pasteurized and unpasteurized. The more common is the unpasteurized, mainly because it has good probiotic bacteria and also has many health claims among wellness enthusiasts. So maybe, some of these are appealing to pregnant as to help them with their pregnancy. The process of pasteurized ACV undergoes different kinds of filtration processes to remove sediments and bacteria. The unpasteurized does not undergo many filtration processes compared to the other as to preserve it. The mother, during the fermentation process, retains the acetic acids and beneficial bacteria, this happens naturally. That is why it is widely believed that these acids and good bacteria are the ones responsible for its health benefits.

On the other hand, Pasteurized ACV is one of the most recommended ACV during pregnancy because it lacks the bacteria that are called as “Mother”, which is feared to have detrimental effects on the unborn child.

ACV is essentially an apple juice/cider that is mixed with yeast which naturally ferments sugars in the fruit. Thus, forming alcohol. After the initial fermentation, more bacteria are mixed then forming acetic acid Vinegar too has known chemicals such as polyphenols. They’re antioxidant that battles cell damage that often leads to other known diseases such as cancer.

Some of the benefits of drinking ACV


These are the common benefits of a pregnant woman or any ordinary person who considers drinking apple cider vinegar.

Some side effects in taking ACV

As they say, too much good is bad. The same is true with Apple Cider Vinegar, there are also some side effects and risks in drinking this inappropriately. Here’s what you need to know.

During pregnancy, women have more hormonal changes than normal and have a lower immune system, making them susceptible to food-borne diseases. So, avoid drinking/eating pasteurized food. Always remember that the baby in your stomach does not have a fully developed immune system. There are claims about apple cider vinegar on the internet. But some too good to be true stories are still not supported by Science. So it’s still best to consult a licensed physician.

Some people have recommended ACV for its natural healing properties but there are still not enough studies confirming that using ACV during pregnancy proves beneficial to both of them. Using ACV during pregnancy must be in the care of a physician to be monitored for safety purposes only. For utmost safety, use pasteurized ACV rather than unpasteurized or using kinds of vinegar with “Mothers” labeled on it. Still, there are health benefits when using the pasteurized version of it. There is more research to be held to weigh the risks and benefits of ACV when taking it during pregnancy. There are claims that Apple cider vinegar cures a variety of ailments. Many are still to be scientifically proven. So always take this with a grain of salt. Nonetheless, enjoy your pregnancy and the journey ahead.