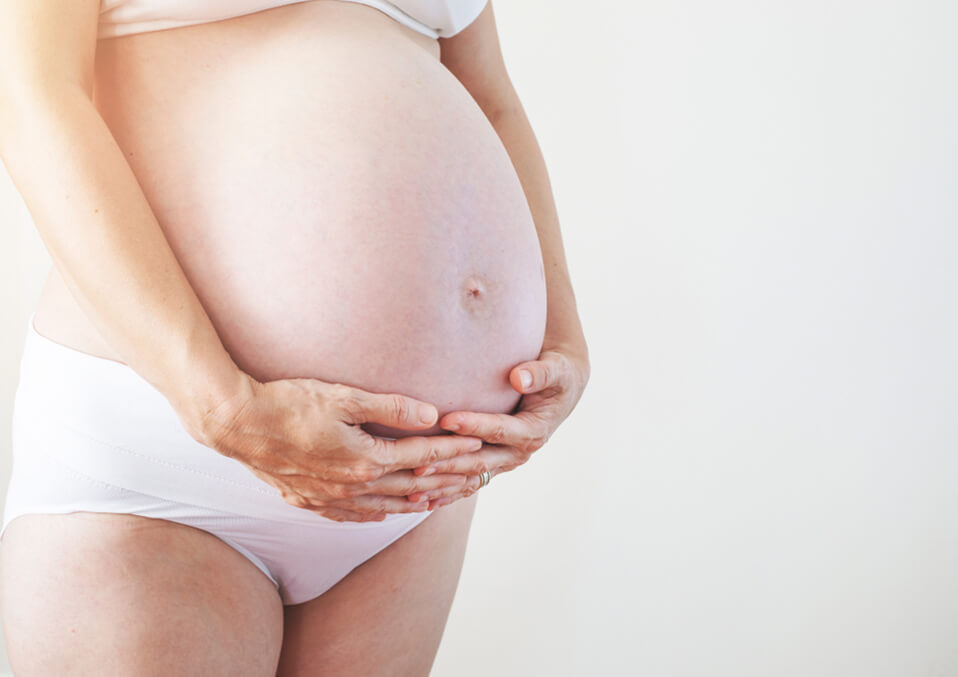 Phantom pregnancy can be tricky as it seems, a woman’s gut instincts or nutrition will literally tell them that they’re carrying a baby even though they haven’t even consulted a doctor or have taken any pine sol pregnancy test.

Women can know intuitively the things happening in their body but phantom pregnancy can be an exception. This phenomenon can trick women into believing that the symptoms they’re experiencing are due to their pregnancy when in fact there is no pregnancy taking place.

What exactly is pseudocyesis or a false pregnancy?


Phantom pregnancy or false pregnancy which has a medical term of Pseudocyesis is a condition characterized by the manifestation of pregnancy symptoms such as hot flashes, hormonal fluctuations, weight gain, missed periods and any other pregnancy symptoms you might look after. These symptoms are all experienced by a woman without ever carrying an actual fetus inside her

It is also interesting to take note that not only women commonly experience this phenomenon but men as well, although it is known that when the man’s spouse is pregnant he will feel irritable and more protective of his partner. This defense mechanism is in accordance with the woman’s pregnancy period, but men can also experience wrong signals of false pregnancy and this condition is called sympathetic pregnancy.

Sympathetic pregnancy is highly observed to be more common in terms of occurrence and prevalence than pseudocyesis or false pregnancy. This condition of the experience felt by men is called couvade.

Pseudocyesis is an extremely rare occurrence in women and even doctors are baffled by the main cause or reason for this condition, many doctors believe that pseudocyesis happens due to the combination of physical and psychological factors.

Read also: What is a birth plan and why do you need one

Some possible theories of the cause of pseudocyesis are mental trauma, psychosis or chemical imbalances inside the body.

Any previous miscarriage, infertility issues or psychological break down such as loss of a child can induce pseudocyesis or phantom pregnancy. In addition, some physical factors that induce pseudocyesis are the occurrence of ovarian tumors which tricks the brain into thinking it’s pregnant which then shows the false symptoms of pregnancy.

Read also: Baby bumps when does your stomach start to get big when your pregnant

It is a well-known case of the mind-body connection and it is a fascinating concept to delve in. The body does really believe what the mind thinks that it shows up the symptoms even though those symptoms are nonexistent.

Furthermore, many women who go through this phase have already experienced menopause. Experiencing menopause can lead to many psychological disorders such as depression which leads to false pregnancy.

It is also a common thing for sexually abused women to experience pseudocyesis especially if there is intercourse that happened. It is a disturbing way of the woman’s mind to cope with the traumatic pain she endured.

What are the symptoms of pseudocyesis, false pregnancy or phantom pregnancy?


Phantom pregnancy is manifested in symptoms that are exactly the same as normal pregnancy symptoms. If you’re suffering from false pregnancy you will certainly develop symptoms that you would experience during a regular and real pregnancy, from morning sickness, nightly hot flashes, increased dizziness and frequent urination, your breasts may also become tender and swollen and your belly may become bigger.

Phantom pregnancy also includes missed periods, irritability and moodiness, weight gain, changes in skin color due to hormonal fluctuations, motion sickness and sensations of the baby moving inside your belly.

Since all of the symptoms above are just as recognized in normal pregnancy, even if you think you are truly pregnant it is best to consult your doctor or take a pregnancy test to truly determine if a baby is existing inside your baby.

The best way to ensure that you are pregnant is to let your doctor run tests and let you complete their physical examinations and ultrasound scanning to detect if you are really pregnant or not. Medical intervention can greatly differentiate false pregnancy from real pregnancy.

Usually, pregnancy physical examination tests will start with a pelvic examination that detects if there is an actual conception that took place after that usually a urinalysis will follow up to verify the pregnancy findings.

This is a crucial step in determining the actual validity of the pregnancy, a failed or negative urinalysis examination would conclude that a woman is not really pregnant and is probably suffering from a disease that is hormonal related or ovarian related.

Ultrasound 2D scanning is also a common pregnancy detector that has been used in decades. This step will bluntly tell you if there is really a baby growing inside the belly, however, if you’re positive for a phantom pregnancy the ultrasound scan will show nothing or an empty belly, in the end, an ultrasound test is a final verdict on how accurate your pregnancy is.

Because pseudocyesis has every detail of a normal pregnancy, diagnosing the symptoms alone can be a terrible way to determine the state of pregnancy. This is also important for you to take note because the same tests that confirm the actual validity of your pregnancy can also be used to diagnose false or phantom pregnancy.

Phantom pregnancy can be a difficult letdown to many women who are expecting a baby, that is why it is important for women who have experienced this to consult a therapist to help them assess their own traumatic experience of expecting a baby. At the end of the day, a woman’s health should be utmostly prioritized and any of the occurrences of phantom pregnancy should indicate a serious hormonal problem that should be addressed immediately.