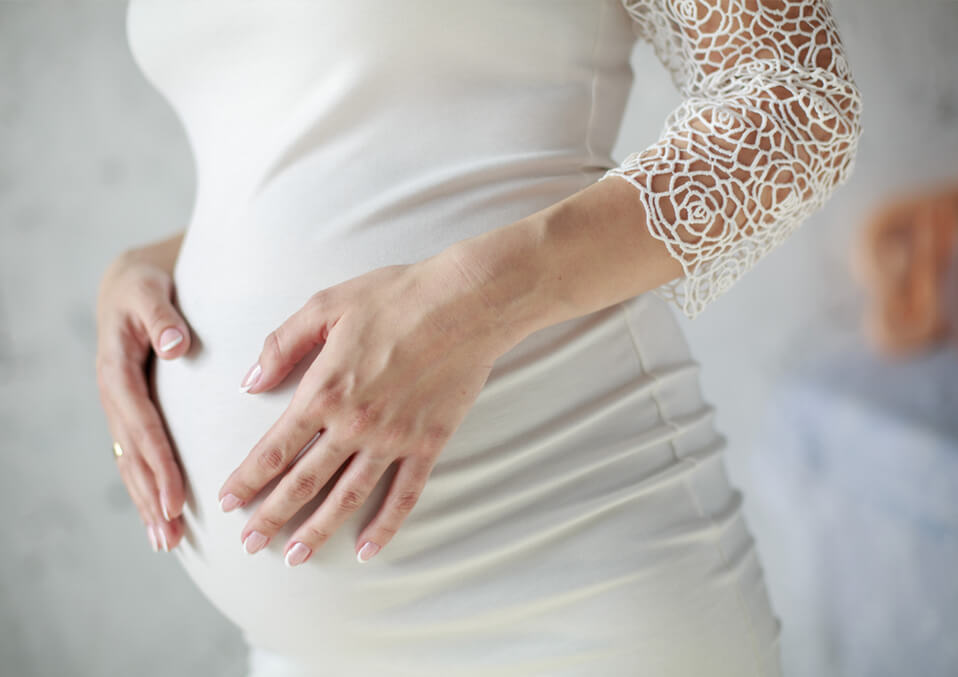 A pregnant woman in the family is big news and all the well-experienced mothers in the family would then lock onto the newly expectant mother like predators locking onto their prey and impart upon them their “expertise” on the subject of pregnancy. Normally, the image of pregnancy in our minds are:

Showing any obvious signs of pregnancy in front of friends and family would result in an influx of experience-based information from all the mothers, which are kinda helpful but annoying at the same time. They’d tell the mother all the stuff the OB-GYN would say and other stuff they tried that was “helpful and effective for them, so you should also give it a try.” You’d think they were paid to give these advertisements.

There are circumstances, however, when a primigravida mother (it’s a term used to describe women who were pregnant for the first time) doesn’t show any obvious signs of pregnancy.

These are just some examples but when that happens, the concern would be the first and foremost reaction of the more experienced mothers around. From coworkers to older relatives, they’d show concern for the mother and the baby. They’d then nitpick about every little thing that the young mother does, such as her diet and daily routine. They’d criticize the new mother based on the knowledge they’d accumulated based on their own experience and hearsays that they’ve heard among other pregnant women despite the new mother’s insistence that her doctor says everything is fine.

But is there really a cause for concern? I mean, the doctor even said the pregnancy was going well. I think the mother would be conscious of the overly concerned adults staring at her stomach most of the time. It’s like their stares are saying that there’s something wrong with the baby or there’s something wrong with the way the mother was managing her pregnancy. She doesn’t need to be exposed to some emotional stress while pregnant so maybe she should inform them that belly size doesn’t really have a direct effect on her baby. I think that’s a good idea! While they show concern and advise the expectant mother, she may as well discuss with them the discussions she and her doctor shared and correct some of their misunderstandings.

Various reasons that can deny the belief that the smaller the belly a pregnant woman has, the greater the possibility that something happened to the baby. Some of the reasons are:

Of course, the baby’s size and the amount of amniotic fluid can also affect the size of the belly but the OB-GYN can tell the mother if there’s anything wrong with those so it’s safe to assume that if the doctor says it’s okay, it’s okay. The smallest pregnant belly doesn’t necessarily mean a bad thing.

For first time mothers, I believe listening to the professionals would be better than listening to hearsay from friends and family despite their well-meaning intent. Once you’re pregnant, you’re not just taking care of your own life, you’re also carrying another life inside you. That’s twice the responsibility!

On another note, some women don’t even know they were pregnant in the first place. Wait, what?

Yes, there are pregnant women whose bellies were so small that they didn’t even know they were pregnant, to begin with. They’re only found out they were pregnant when they went into labor! Imagine that! They got to skip all the hassle of interacting with their overly concerned acquaintances and had their own bundle of joy in a flash! It would mean that some of these women maintained their fit and healthy hourglass figures with the smallest pregnant belly being around at least 28 inches.

These types of pregnancies are called Cryptic pregnancies and a lot of them had been reported recently in the United States. Women who tested negative for their hCG(pregnancy tests), never suffered from any of the obvious pregnancy symptoms and never having an obvious bump; these women only found out they were pregnant when they experienced labor pains that they mistakenly thought as Dysmenorrhea(painful periods) or when the baby themselves came out unexpectedly.

Most of them came to the hospital for stomach pains or stomach cramps only to be told they were in labor while some of them gave birth while they were in the bathroom, taken completely by surprise. They never got to have prenatal care and check-ups to ensure the proper development of the fetus and the proper care and management of the pregnancy. Some of these women kept on working for 8-12 hours straight without rest despite being pregnant and somewhere even exposed to alcohol, smoking, and drugs all because they were unaware that they were pregnant!

The women who’ve had Cryptic pregnancies were thankful that their child was born normally and without any defects despite their carelessness during pregnancy and were haunted by the thought that one mistake could have cost them their child’s life.

Pregnancy is different for every woman. There may be similarities but there would always be differences and even the best doctors do their best to make it an easy and memorable experience for expectant mothers, especially primigravida mothers.

Some pregnant women have baby bumps that could be proudly projected to the world, while some pregnant women have their baby bumps hidden behind amazingly well-defined abs. Some even have pregnancies hidden from the mothers themselves and come out with a vengeance nine months later. No matter how big or small a mother’s belly is during pregnancy, no matter when a mother finds out about her pregnancy, being pregnant is a gift.

A new life is being brought into the world and that ear-piercing cry that can be heard in the first few seconds after suffering through nine months of pregnancy should be appreciated to the highest degree.