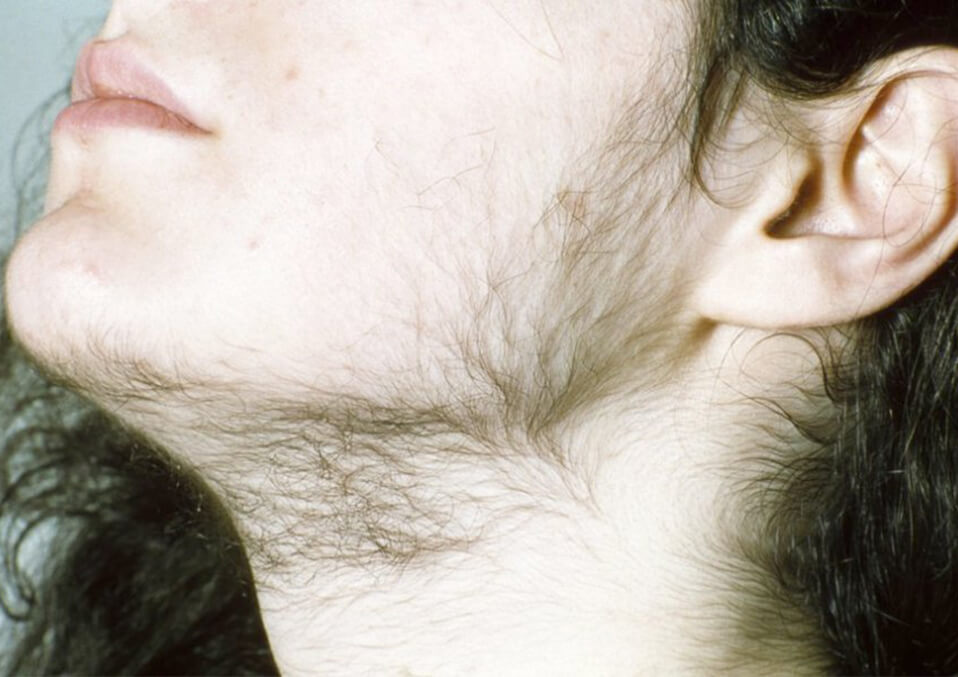 When a woman is pregnant, her body goes through a lot of major changes. Every pregnancy journey is unique so the changes that are happening are different as well. The body is basically adjusting because it is providing for not just one, but two lives. Some of these changes are normal and expected; however, there are also certain changes that are known to be unusual.

This does not necessarily mean that a woman is at risk; it all depends on the kind of change they are experiencing. One of the most unusual changes a pregnant woman goes through is the growth of facial hair. It is normal for women to have body hair in certain areas, but facial hair is more prominent in men.

Facial hair growth during pregnancy is not something a lot of people are aware of; so if you are pregnant and you are noticing this particular change, here are the things you need to know about it.

Some pregnant women who experience facial hair growth may wonder why is this happening to them. What you do not realize is that there is only one culprit when it comes to this, and that is the one to blame for every pregnancy-related change; which is hormones.

Experts revealed that there are not just one, but two kinds of hormones that may be the cause of the excess hair growth on the face.

The first one is known as androgens; which is the same type of hormone that is present in the male body. What most people don’t know is that a woman’s body has always produced this kind of hormone, but it is not as active. Due to the pregnancy; these androgens are now active and sometimes even increase. This is the reason behind facial hair growth during pregnancy. However; it is not the only hormone that you should blame; because estrogens are the kind of hormones that ensures hair will grow. Estrogens are the reason why a woman’s hair may feel thicker and stronger, but it also causes facial hair to grow even more. With the testosterone increased; estrogens get triggered.

If you are feeling weird about growing a mustache or a beard; keep in mind that you are not the only pregnant woman who’s going through this. It may be unusual, but it is not impossible. One of the most famous singers of today, Adele; revealed that she grew a beard when she was pregnant.

In an interview with a British newspaper called The Mirror; the singer shared how her body produced so much testosterone that she ended up having a beard. Some people think that she is joking; but Adele said that even if it is such an unusual change in her body; she was proud of it.

However; Adele is not the only celebrity who had facial hair when she was expecting. Hollywood actress; Drew Barrymore; admitted that she had a goatee when she was pregnant back in 2013.

The actress opened up about in an interview with InTouch magazine. Barrymore also shared how her goatee was red and that she also had some hyperpigmentation on her cheeks at that time.

How to deal with it

According to a professor of obstetrics and gynecology at Michigan State University; Denny Martin; it may be funny for some but it is seriously happening to a lot of women more than people think. Although some women think that it is the testosterone’s fault; it turns out that it is because of the high levels of estrogen which makes the hair grow even more. Other experts also said that this excess hair growth doesn’t just happen on the face.

There are some pregnant women who also get excess hair growth on their back; stomach, thighs; and chest.

It is advised that pregnant women must not use any type of chemical hair removers since it may cause harm to the unborn baby. There is nothing you can do to stop the hair from growing, but there are always other ways to get rid of it. You can shave; pluck, and wax the unwanted hair on a specific area if it is making you feel uncomfortable. Experts say that after a woman gives birth; their hormones will most likely be stable when they reach about 5-6 months postpartum.

However, there are some women who are suffering from a hormonal imbalance which can make it difficult for the body to get back to normal since it has not been normal in the first place. It is best to consult your doctor about it after you give birth.

Other unusual body changes during pregnancy

You do not need to feel embarrassed about these changes that are happening to your body. They are acceptable because you are pregnant and your hormones are all over the place.

Some pregnant women may not experience any excessive hair growth, but some of them develop skin tags. They are normal as well; and will not cause any harm to the mother and baby. There are also women who experience discoloration in their private area; experts call it having a blue private part. It may sound impossible, but it turns out that it has been a normal sign of pregnancy for decades now. Back in the day; there are no pregnancy tests available so doctors check a woman’s private part. If there is a blue tint on the labia and the vagina itself; it is a major sign that a woman is expecting.

Although there are a lot of changes that are happening in your body while you are pregnant; some of these changes are not permanent. If it is bothering you constantly; it is best to consult your healthcare provider since it might be affecting your unborn child. However; in most cases; this only affects the mother.

Always ask questions to your doctor about everything; let them know if you are feeling uncomfortable in any sort of way that may seem unusual. Now that you know about facial hair growth; as well as other unusual changes; try not to get too stressed about it. As long as you get yourself checked by your doctor; then all you need to do is to stay healthy so you can prepare yourself for the arrival of your baby. Your body will most likely go back to the way it functions once you have given birth.