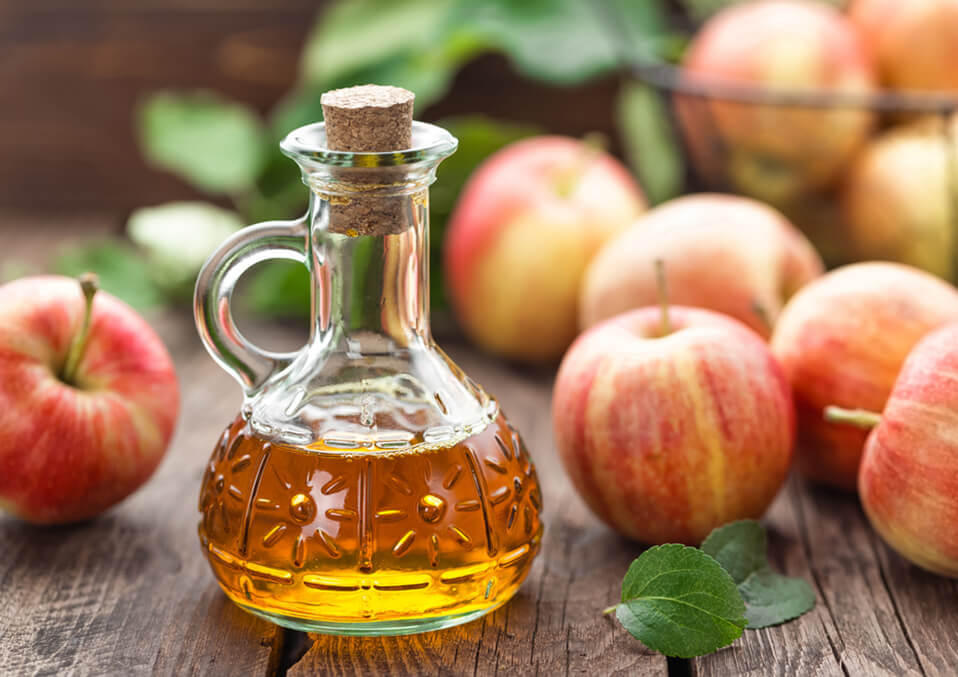 Apple cider vinegar (ACV) is a food condiment that is known to have a lot of health benefits and natural home remedies to different kinds of things. This is made from fermented apple that contains beneficial bacteria. The two types of apple cider are pasteurized or unpasteurized; the pasteurized apple cider has undergone processes to remove bacteria that will not do any beneficial effects to the body and so that it will become a clear liquid while unpasteurized apple cider vinegar did not go through in any filtration process that is why it still contains “the mother” that is why its appearance looks cloudy.

There is a proper way of consuming apple cider so as to maximize its benefits. Incorrect usage of apple cider vinegar may cause some detrimental effects on pregnancy that is why it is important to have knowledge about its use before usage. There is a lot of confusion about the two types of apple cider, especially when it comes to pregnancy use. In this article, we’ll know more information about apple cider and how it helps pregnancy.


1. It helps with morning sickness

Apple cider vinegar is known to help with digestive disturbances that lead to nausea or morning sickness, which is a common problem encountered by pregnant women. When ACV is consumed regularly, the stomach acids are settled to avoid vomiting. You’ll just need to mix 1-2 tablespoons of ACV in a glass of water to be consumed at least twice per day.

2. It helps improve digestion and metabolism

Studies show that apple cider has the ability to change the digestive enzymes to help the body digest sugars and fats faster. ACV consists of probiotic so that the pH level in the gut is balanced to relieve acid reflux and constipation.

Since apple cider vinegar has the ability to breakdown fats and sugar faster, the blood sugar will no longer rise leading to diabetes. Studies show that ACV also improves insulin sensitivity to different kinds of food.

Pregnant women are not allowed to just drink over-the-counter medicine for respiratory illnesses such as common cold and sore throat. ACV helps in relieving these conditions through its antibacterial and immunity-boosting properties.

How to consume apple cider vinegar during pregnancy?


Since apple cider vinegar is acidic, it is not recommended to drink it directly. You need to dilute it in a glass of hot or cold water for every 2-3 tablespoons of apple cider vinegar. For those who are not sensitive to its taste, it can be consumed with just water but you can also add honey or sugar so that it can drink easier.

Apple cider vinegar is just like your usual vinegar in the kitchen because it can also be used as a condiment or as an ingredient in cooking. The most favorite usage of ACV is as a salad dressing wherein you are incorporating this healthy condiment into a healthy snack.

Apple cider vinegar bath is commonly used as a home remedy to treat different kinds of infections such as urinary tract infection that is usually accompanied by vaginal itching. ACV has antifungal and antibacterial properties that can effectively and immediately relieve irritations during pregnancy. You’ll just have to mix at least 1 cup of ACV into the water you will be used in washing your genitals.

How much apple cider vinegar is safe for pregnancy?

Pregnant women are advised to consume apple cider vinegar with water mixture at least twice a day with 2-3 tablespoons of ACV. It should be done on a daily basis so that you can maximize its beneficial effects on pregnancy. However, if you feel adverse reactions, you need to stop using and seek medical attention because even though the use of ACV has a lot of benefits, its impact is not the same for everyone.

Side effects of apple cider vinegar

This is already common to pregnant women but if they will start drinking ACV twice a day their frequent trips to the comfort room are increased. This is a side effect because it can be disturbing especially if you are busy doing something but it can be beneficial to your body because you tend to release toxins from your body.

There are some instances that it will let you have a loose bowel movement since ACV is also known as a slight laxative and that it is acidic. It is important to inform your doctor if the use of ACV can be beneficial to your condition especially if your pregnancy is quite sensitive.

Apple cider is highly acidic that is why frequent usage may soften the enamel of the teeth that may lead to tooth decay. A way to avoid this is to ensure that the ACV is properly dissolved in the water before drinking it and make use of a straw so that the ACV mixture will no longer be trapped into your teeth.