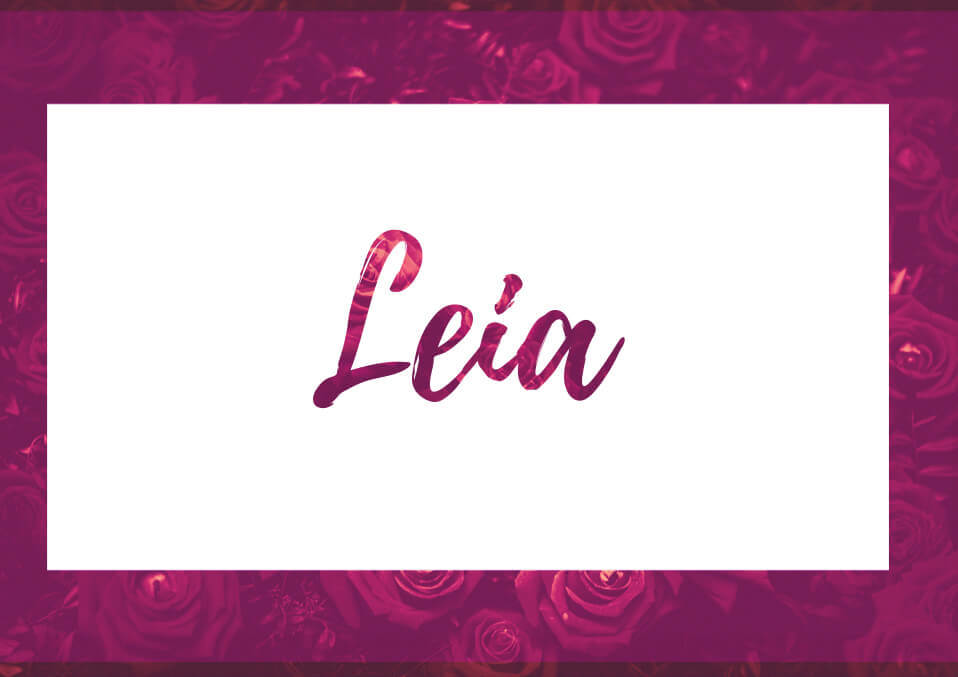 The meaning behind Leia:

Words have meanings and so do names, names are the identities in which people carry themselves on, usually with pride or shame, the names of each person can often dictate a person’s fate, way of thinking and course of action.

Names have meanings and can sometimes denote a history that is interesting, valuable and relevant to our inner selves.

This article will provide you some valuable insights to the name “Leia”, its origins from the native dialect it was derived to, history of usage and pop culture association.

What does the name Leia mean?

Leia is a female name that has a lot of connotations to different languages found in the world, it commonly unheard and unused making it a unique and unusual name.

The name ‘Leia’ is the English revision of the original name Leah which may be different in spelling but almost the same in pronunciation.

The name Leia has a variety of meanings depending on which culture you’re leaning towards, In Ancient Rome which is now modern Italy, the name Leia means “Lioness” and a “woman full of courage”.

What is Leia’s personality?

The name Leia can exude a certain kindness and toughness at the same time, Leia’s personality can be of dual nature, expressing equally the sides, she can be kind, compassionate, loving and expressing but, she can also be distrusting, competitive and an overwhelming mean streak.

Usually the combination of her sweet and spice, black and white personality can often lead in major career breakdowns and situations, she will surely excel in everything she does and will do it in the best way possible.

In numerology, the name ‘Leia’ is correlated with the number 9, which signifies the great compassion of the individual towards her family, work-life and life purpose.

Where did the name Leia originate?

Leah originated in the ancient Hebrew language which was later modernized to English, changing its spelling and pronunciation.

What is some notable Pop Culture associated with the name Leia?

The Star Wars franchise which has gained a mass of fans and followers know that one of the most interesting and undeniably great characters in the franchise is Princess Leia played by Carrie Fisher.