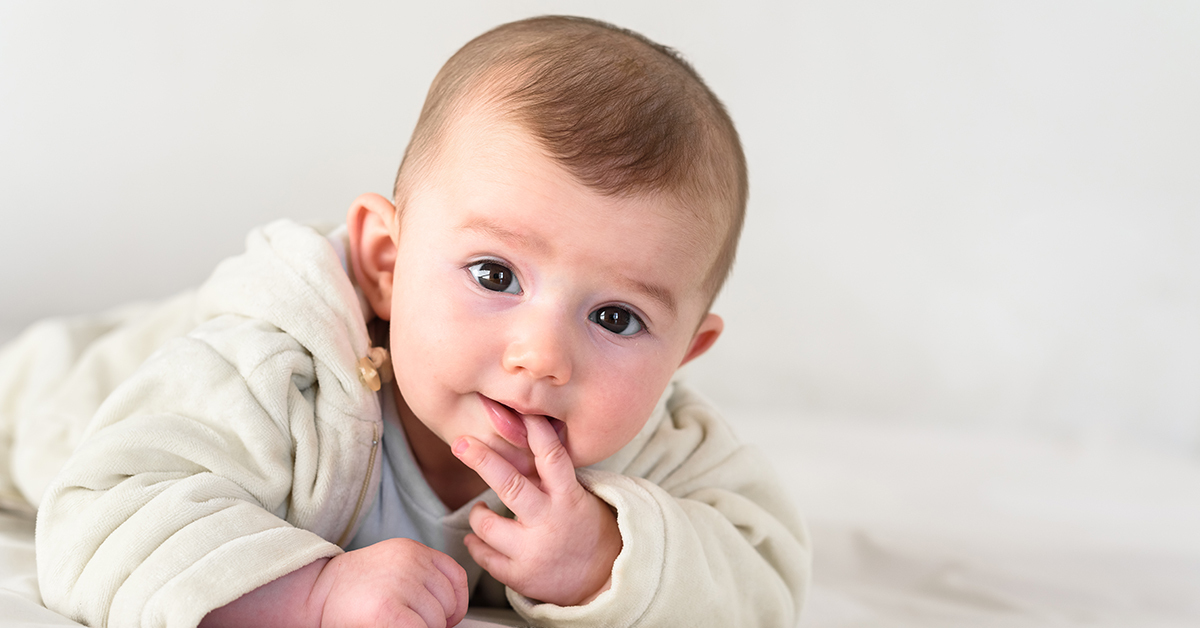 Baby teething is a procedure through which the baby gets the first tooth cutting through the gums.

As a parent, it’s normal to be concerned about the teething process and the resulting pain your baby might have.

Knowing the primary signs of teething in babies can help you prepare for the ordeal.

The Kingdom Of Baby briefs you about teething in babies, signs of teething, and remedies to ease your baby’s pain.

When Does Teething Start In Babies?

For most babies, teething regularly begins between 6 and 12 months. Furthermore, babies have their set of primary teeth by the age of three.

Teething In Order Of Eruption

Babies get their teeth in sets. The lower front teeth come first, and the upper front teeth usually erupt a couple of months later. Then appear the lower and upper lateral teeth, followed by first molars, canines, and second molars. So, by three years of age, your baby would have a set of 20 primary teeth.

This is the typical growth schedule of teeth but it is not necessary for all the babies to teeth as per the schedule. Some may have them earlier while some may have later.

When Should You Be Concerned If Your Baby Isn’t Teething?

Don’t worry if your baby’s teething is delayed; it varies from one child to another.

As long as your baby’s hair, skin, and bone growth are normal, there is nothing to worry about.

Delayed teething doesn’t indicate any problem in the overall development of your baby.

Teething Could Be Delayed Due To:

However, if you think that there is no family history and your child is getting adequate nutrition, and yet your baby hasn’t started teething, then you must consult your doctor. But first, look out for the signs as they would tell you when the tooth might appear.

What Are The Signs Of Teething?

Babies turn fussy because due to soreness and swelling when the tooth cuts through the gums. The symptoms appear three to six days before the tooth erupts and stops once the tip of the tooth comes out of the gums.

Teething is an easy and quick process for some babies, but for some, it can be slow and painful.

The Typical Signs And Symptoms Of Teething Are:

If The Symptoms Are Severe Or If Your Child Has The Following Symptoms, Remember It Is Most Likely Not Due To Teething:

In such cases consult your doctor. You should also take the baby to a doctor if they cry inconsolably due to excruciating pain.

If your baby has mild pain, then you can use home remedies to relieve the pain.

It Is Agonizing For You To See Your Baby In Pain. Therefore, Help Them Get Some Relief With These Remedies:

Note:  You should not give aspirin to babies younger than 20 months as it is associated with Reye syndrome which is a rare but severe disease.