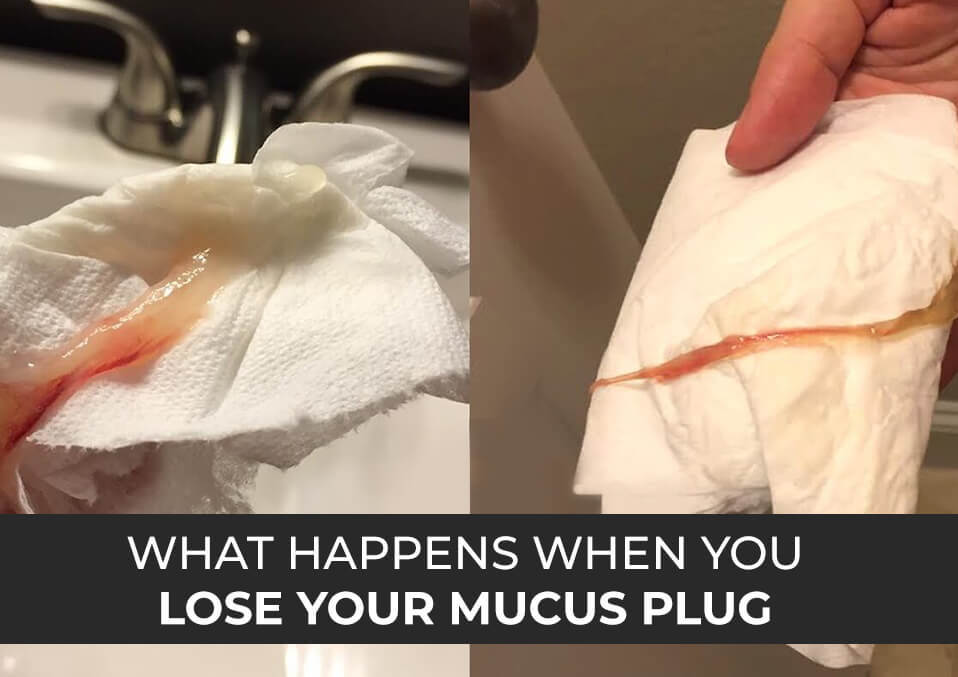 One sign that the big day is coming is the loss of mucus plug and it is considered as a sign of approaching labor.  It’s also the time when the blood will show up. At some point, you are excited because finally, after nine months of carrying your child, you’d be able to pop it out. But take note that losing a mucus plug in pregnancy doesn’t always come about in the same way for all women.

At some point in pregnancy, your little one should place himself into your pelvis. And if you think your mucus has been plugged out, don’t panic. Actually it is not necessary to pack up for the hospital or prepare for days or weeks longer because it all depends. But still, it’s important to determine when you’ve lost your mucus plug and understand the signs of labor. This article will actually give you tips on how to handle it when you are in that situation. Knowledge and understanding are vital most especially for first-time mothers. Here’s what you essentially need to discern about all these symptoms of coming labor.

What is the mucus plug?

The mucus plug is actually a protective collection of mucus in the cervical canal. It serves as a cork barrier as it helps stop the infection, and has been blocking your cervix since early pregnancy. During the pregnancy, the cervix secretes a thick and slimy fluid to keep the area moist and protected. This fluid eventually covers the cervical canal and making a thick plug of mucus. The mucus plug plays a vital role in the woman’s uterus as it can block undesirable bacteria and other kinds of infection. Most importantly, mucus plug shields the baby from the outside world while the mother is pregnant until they’re ready to deliver it.

Is it a sign of labor when you lose your mucus Plug?

At some point, in your final month of pregnancy, you might experience different symptoms that labor is really coming. We can’t deny the fact that losing the mucus plug is one of them. It also depends, because some women who lost their mucus plug but were still able to carry the baby for several weeks or more.

Read also: Perks of girls getting knocked up abroad

If the mucus is unplugged and you are experiencing signs of labor, you may be closer to delivering your baby. Here are the following symptoms that every pregnant woman should be aware of:

It happens when your baby starts to fall lower into the mother’s pelvis. If this happens, it would be easier for the mother to breathe but enables the baby to press on the mother’s bladder more. Lightening is a relief and an indication that the baby is placing himself into a position that will back up your labor.

It is also known as water breaking. This happens when the sac surrounding the baby breaks and releases fluids. The fluids may be released right away or for some, it’s slowly. When the mother’s water breaks, she can experience contractions. And the contractions would actually become frequent as the cervix widens in preparation for childbirth.

The cervix becomes stretched and thinner to allow the baby’s coming out through the mother’s birth canal.

How to know when you’ve lost your mucus plug

Vaginal discharge was actually experienced by many women throughout pregnancy that’s why it is hard to determine if the mucus plug has been unconstrained from the cervix. There are quite a lot of reasons why a woman loses her mucus plug during pregnancy and in most instances; the reason why the mucus plug is discharged was because of the softening of the cervix. Other reasons for losing the mucus plug are:

Losing a mucus plug doesn’t necessarily mean that you are in labor. However, it indicates that your cervix and body are going through major changes so that it would be easier for you to deliver your child.

What to do when you lost your mucus plug?

It is important to know what to do when you found out that you’ve lost your mucus plug. It always depends on what your mucus looks like and on how far are you in your pregnancy. If you happen to found out your mucus plug, think on how you are going to describe it to your doctor in terms of sizes, color, texture and the overall appearance.

If you lose your mucus plug at the stage when it’s before or after the 36 weeks of pregnancy, it might be better to call your doctor. It might be early to lose it but it’s safer to report it to your doctor to conduct an immediate evaluation. They will also examine your body, cervix and most importantly, your baby. And if you don’t have a concerning symptom, you can also call your doctor to see if everything is still normal. You can never determine if what’s happening to your body is normal, only the doctor can.

When the woman is pregnant, everything really matters. If you are unsure about whether or not safe to have your mucus plugged out, one best option is to make an appointment with your medical provider. Even if losing the mucus plug usually isn’t a cause for worry for some reasons because it could be an indication that the pregnancy is progressing. But if an excessive amount of red blood discharge in the mucus is happening, it’s safe to contact the doctor right away for check-ups.

Losing a mucus plug is something that every pregnant woman is concerned about. This issue should not be taken for granted. Even the slightest issue, because everything that’s happening to a mother entails a very big impact on the baby. You want to stay healthy and safe and so are the doctors. Do not be afraid and do not panic. Let the doctors do their job to make you safe and feel better.