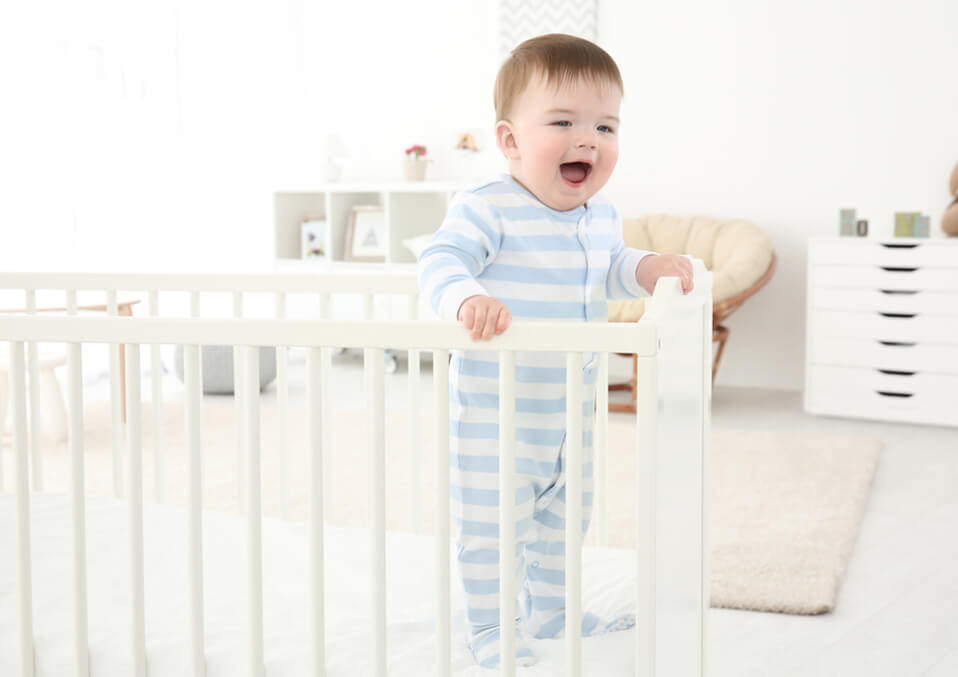 There are different signs that our kids are growing and they manifest in different ways. It could be in their behavior, ability, and physical changes in their bodies. In every stage or milestone in their life, different kinds of growth spurts occur. It is essential that as parents, you are aware and informed of the many examples of growth spurts even before giving birth so you would know what is happening to your child and how to respond when these changes set in. Your role in their development will impact their behavior and perspective.

When and how do spurts grow?


So when do these growth spurts exactly happen? We will identify them according to their age group or from birth and see what you can do as parents.

A lot of developmental changes can happen in your child’s first year. Some can happen as early as two weeks and it will continue but keep in mind that you don’t need to compare your child’s development with other children. Each baby’s growth pattern is different so there is no need to fret if your child grows differently.

So what exactly are these growth spurts from birth to two weeks or a month? It could be about his sleeping habits, feeding habits, and a few physical development or activity. If you have established a feeding schedule from the birth, you will notice the growth spurt in this scenario. It is when your baby feeds more than usual. They may feed for longer or they feed multiple times more than usual in a day. This could also be the time that instead of having at least four naps a day, your baby suddenly naps at least 6 times a day. Another indication of growth spurt would also mean that they may be able to lift their heads a little or follow your fingers with their eyes. Their behaviors may also change during a growth spurt. They may be clingy than usual and would want to be held all the time.

Changes from the 3rd Month up to 6th Month


From three months until six months, a lot of physical changes will occur. Their teeth may already start to grow, they might become taller and add on weight. Physical abilities will manifest in this stage too such as laying on their stomachs unassisted, crawling, their grip, and the likes. By six months, your baby will be introduced to solid food as approved by your pediatrician. In this stage, you will also see which food your child likes and doesn’t like. They may also have tantrums at this stage, especially when they are showing early signs of teething.

6th Month until a year old


From here on out until they are a year old, your child will experience even more changes. Teething is a big change and they may develop fevers or in some cases, diarrhea. If it’s just because of teething then no need to worry. But do visit your pediatrician, just to make sure everything is okay with your baby. It is at this age that they try to stand on their own and even try to walk. Because of their curiosity, they will try to get toys, books or whatever item is in front of them. They might put it in their mouth, rip the pages on the book or simply just throw them away after picking them up. They would also try to “talk” at this stage, although they can only muster sounds. But do not worry, by simply just talking to them every day, they will be able to imitate the sound or words they learn from you and will take you by surprise.

Growth spurts may happen a few months at a time when your kids are already toddlers. They are more adventurous and even more active. This is the time when they do not want to nap and insist on more playtime. They would also be frequently hungry and may eat a lot. However, do not worry if they are not gaining much weight. They just burn a lot of their intake since they are using so much energy by playing, following you in the house or dancing to their favorite music.

When your kids are of school age, they are more aware of their surroundings and classification of things. They are taught boundaries, good moral values, and proper decorum. However, this is also the time they are keen on pushing the limits or boundaries and may even question authority. Some kids are well-behaved, some are not. Do not be embarrassed and do not embarrass your child when this happens. Hyperactive children do not listen and cooperate with authoritarian tones. They will feel much better if their behavior is dealt with privately.

Periodical growth spurts happen around puberty. This is the time when more physical changes occur in their developing bodies. It is at this time when girls start to develop or have a drastic change. This is where periods or menstruation come in. Their breasts develop and are rounder. Boys, on the other hand, they grow a lot taller during puberty, their muscles are formed, and their voice deepens. They also develop Adam’s apple. Both boys and girls experiencing puberty are feeling a bit awkward about their appearance because of the changes in their bodies. It is also important for parents to take note that because of the physical changes in your child’s life, they might feel insecure. As a parent, you have to assure your child that puberty is normal and everybody goes through it. The parents’ role is essential in this stage, make sure you make them feel comfortable in their skin and not point out or poke fun of the changes in their body.

It is best to remember that your kids’ emotions are at an all-time high when they reach puberty. However, as early as infants or toddlers they must have a sense of security in their parents that it won’t become a problem later on when their hormones are raging. It is empirical that a good communication between parents and children is established early on in their life. This way, they are secured that whatever changes they encounter their parents will be there for them and that what they’re going through is normal and everybody goes through it.