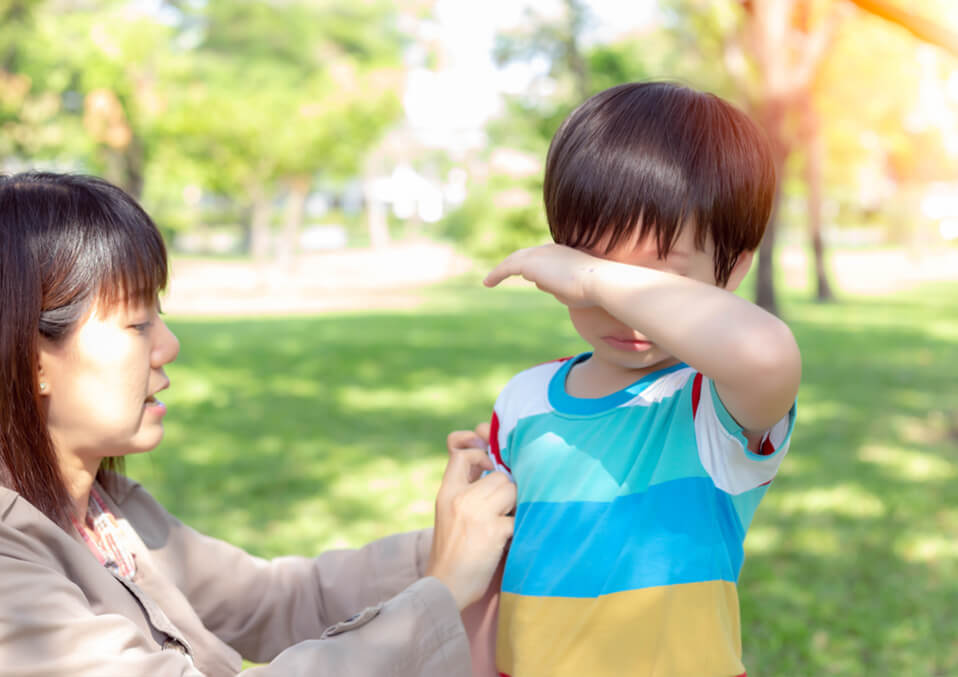 Rearing children in this modern world can be very overwhelming and challenging for parents. Though sometimes parents think that they have everything under control, new challenges come in the way as children grow up. Parenthood is a roller-coaster ride and a never-ending journey.

Parents actually have a head start on teaching their children. They have an exclusive association with the child in the first few months and are its chief association for the first few years before it starts to school. However, one of the most anxious concerns of parents is kids lying behavior problems. It may be just a little issue at the beginning but later on, it can escalate into something habitual if not corrected as soon as possible. Imagine a scenario when your 5-year-old son is playing in the next room. Suddenly, you hear a crash. You run to your son and you find him standing next to a shattered glass vase. The guilty look on his face tells you everything. “Did you break that vase?”, you may ask sternly. “No mommy, I didn’t!” he replies quickly. Now, this is not the first time you caught your child in an obvious lie. Do you think you need to be worried?

Don’t panic just yet. The fact that your child has lied does not mean that he is on the fast track to being a juvenile delinquent. While all lying is wrong, some lies are more serious than others. If your child told a lie, you need to consider his age and the reason why he’s hiding the truth. Telling the truth, especially when it’s hard, is an important lesson for children. Hence, addressing the problem while your child is still young is important. Now, how you respond then, is also very important.

Foremost, if you know WHY your child is lying, you will be better able to correct him. Hence, you should learn the possible reasons why children are lying.

Most of the parents think that their children lie to avoid punishment, to get away from something they don’t want to do or to get something that they want. These are the common reasons for kids lying behavior problems. However, the study shows that there are other less obvious reasons. One possible reason is that some children who don’t have confidence may tend to lie just to make themselves look good in front of others. Your child may tell stories with wild exaggeration about it most of the time. There are times they really just forget. They really thought they did their homework but forget that they had extra work to do. Another less obvious reason for kids lying behavior problems is that some kids who have ADHD lie out of impulsivity. These kids have the tendency to talk before they think. That’s why a lot of times, they can get this lying issue.

Your child might be lying for different reasons depending on the situation. Whatever the case is, your reaction can have a great impact on correcting him. What can you do?

1. Use statements instead of questions


Instead of asking him if he broke the vase, which in that case would tempt him to lie, you can use a simple statement like, “Oh no, you broke the vase!”. In that way, you are helping him build a pattern of honesty.

2. Make yourself a good example.


Some parents bring confusion to their children by teaching honesty yet doing dishonest things themselves. Children have the ability to identify hypocrisy quickly and this act may damage their values. Obviously, you cannot expect your child to be honest if you ask him to say, “Tell him I’m not home” when you don’t want to speak to someone on the phone. As the saying goes, “The best way to teach is to demonstrate.” When your children sense the honesty in all you do, they are more likely to become truthful adults later on.

Children naturally desire to get recognition and praise from their parents. Teach them that honesty is a family value and you expect him to be honest. Teach him that lying destroys trust and trust is hard to rebuild. Validate his honesty by praising him when you see this good behavior.

4. Provide punishments or consequences when needed.


If a lie is something more serious, like older children did not tell the truth where they’ve been or where they’re going, parents can consider having a consequence. Children should clearly understand that there will be punishments for this kind of life so it’s not coming out whenever they want to. However, bear in mind that consequences on this should only be short-lived. That allows the child a chance to learn his lesson and change into practicing a better behavior the next time around.

For example, you were told by the teacher that your child was not able to make his homework. When you ask your child, he lied. You can say “I’m going to walk away a bit and give you 5 minutes to think. Then I will be back and ask you the same question. If you change your mind and want to give me a different answer then you won’t get in trouble, it would just be just truth check.” This allows your child to really think about whether he really wants to lie or be honest and not suffer the consequence.

This way, your child has a chance to really think about whether he wants to lie or tell the truth and suffer no consequences.

The list goes on, and there are many more ways you can do to correct your children from lying. The key lesson is to understand your child’s behavior and address the wrong conduct as early as possible. However, parents should act motivated by love for their children. Children are still learning and when they are trained skillfully, they will eventually be good citizens in the future.