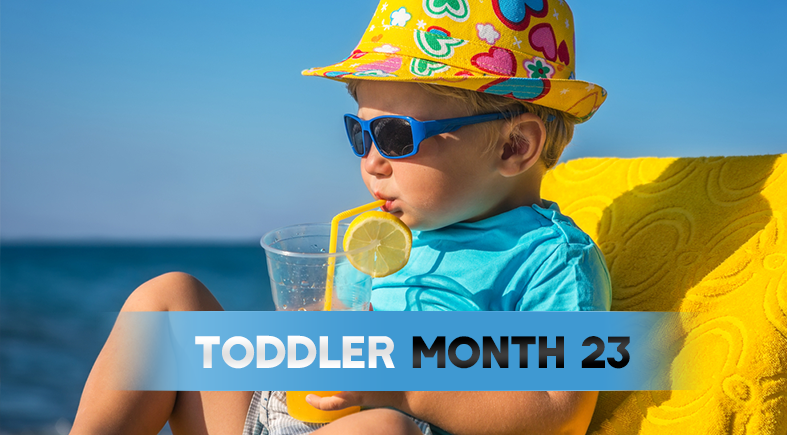 Your 23-month-old toddler is already a grown-up child! He/ she begins to ask questions about everything, to give you his/her opinion … But also of what he/ she does not like.

Baby is now 23 months old and he/ she begins to distinguish what belongs to him/ her from what does not belong to him/ her.

Growth, awakening, and development of the 23-month-old baby

Baby is celebrating 23 months today and he/ she loves books! He/ she knows how to turn pages and knows the stories you tell him regularly. On the other hand, he /she will recognize his toys from those of his brother and sisters. He/ she gradually understands the notion of belonging and sometimes recognizes his toys when asked to put them away. He/ she seems captivated by what belongs to him or to her.

On the other hand, novelty always fascinates him and he/she does not hesitate to pull you by the arm to show you his discoveries. Take the time to gently explain things to him, your child is hungry for knowledge and loves to learn. Always be sure to keep an eye on your little explorer, his curiosity drives him to poke around.

Your child of 23 months seems very difficult during meals. He refuses to test new foods and often tells you “no”. Do not lose patience, this phase will eventually pass. Encourage him to the fullest and congratulate him when he takes a bite of food that he previously refused.

Your child received his MMR (measles, mumps, and rubella) vaccine at age 1. It is time to carry out the vaccine booster that must be done between the 13th and the 23rd of Baby’s month.

Your baby is very curious: he likes to sing, to look at his picture books. He is also more and more sociable and now knows how to recognize his business and that of others. His two years are approaching, he is no longer really a baby. Update on this 23rd month with Dr. Noémie Nathan, a pediatrician in Montreuil.

The awakening of the baby of 23 months

At this age, the child is more and more sociable, especially if he is kept in a nursery or with other children: the little ones of his age interest him more and more. He can even start making some friendships. He also likes to imitate the big ones: his big brother who plays the guitar, or his big sister doing stupid things for example! He also tries to assert himself by pushing you away or refusing to cuddle you. But the next moment he wants his arms and a kiss. This is a perfectly normal attitude: it is the sign that he hesitates between independence and proximity. It shows that he is growing!

Your child can now build sentences of two or three words. He also begins to love singing: he reproduces the tunes and rhythms but also begins to remember the lyrics of the songs he hears. He is no longer content to say no when he does not like something: he expresses himself in a more personal way by saying I like or I do not like it.

This is also the beginning of the why: why the socks, why it’s dark, why the crib? He can also describe in a few words the images he sees in his little picture books. At 23 months, the baby usually says several words and starts making sentences. But this is not the case for all children. If your child is developing well elsewhere, is in the exchange and understands what is said to him, do not worry. He just takes his time! But if something worries you, do not hesitate to talk with the pediatrician.

Your child loves books, looking at pictures, and letting you tell stories. He has his favorite books and claims the same story every night. That reassures him, so do not hesitate to answer his request. He is also very eager for discoveries: show him how things work, what is the purpose of this or that object … And begins to distinguish his business from those of others, especially if he goes to the nursery or if he has problems. brothers and / or sisters. He begins to show a special attachment for his toys or objects that belong to him.

At 23 months (Toddler Month 23), there is no particular medical appointment. If you wish, you can, from this month, make the so-called mandatory medical check of 2 years.

It is customary to say that at 23 months, the baby is about half of its growth and that by multiplying its size by 2, one can have a pretty precise idea of its size as an adult. This is obviously a theory! Many events can actually slow down its growth, such as an illness, but especially the age of onset of puberty. Side weight, some children will be very chubby while others will be in a phase where they eat less and will, therefore, stagnate a little. There is nothing worrying about that.

The food at 23 months

Your child continues to show their preferences for starchy foods or proteins and to refuse certain vegetables. The meal can be a time of tension where the baby will show his opposition by starting to sort the food. Persevere and continue to offer them, under different recipes. Encourage him to taste, and congratulate him, but without doing too much. If your child is not constipated, trust him, it’s just a phase. Rather than make each meal a conflict, accept that for the moment he wants to eat only pasta, it will pass him! 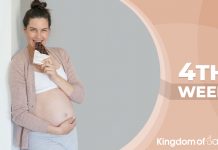 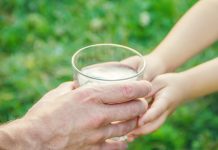