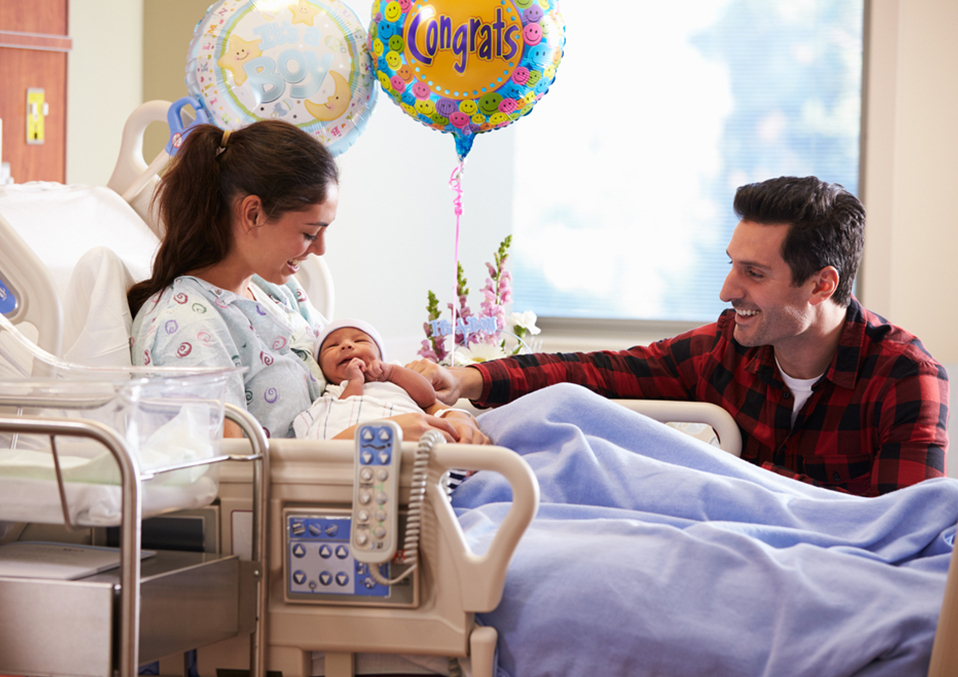 Should we or should we not read this article before having a baby? It’s up to you to decide… but keep in mind that a smart young mom is worth two, Glamorous things to expect.

In short, the baby’s weight pushes on your perineum and the hormonal impregnation tends to relax your muscles. As a result, every effort you make, you struggle to hold your urine. This can cause leaks by sneezing, laughing, lifting or running to catch the bus.

The little tips to dedramatize: during pregnancy, you can’t really muscle your perineum, only try to feel well the area and its reactions to having the reflex to “squeeze” at the right time. Other ways to cope with these disadvantages include going to the toilet often, wearing low-key underwear protectors, and arranging formal rehabilitation with a midwife a few weeks after delivery.

The Draw During Childbirth

The pain, the effort, the stress, you don’t have to draw a picture, you’re going to be warm and therefore the cheeks pink (even Scarlet), the moist hair, the body in water. Add to that the blouses of the pale yellow maternity and or open on the buttocks depending on the case, the absence of jewels required by the hospital, the absence of make-up (there are only stars to redo their eye-liner before going to the birth room), the White neons… and you get a future mother … natural!

The Little Tips To Dedramatize:

focused on your goal, you will surely not think about it! Only the first pictures will prove to you that this wasn’t a nightmare. And if you look closely, you will remember only your smiles and your tears moved. Note: the passage in a bathroom after the fight is a moment of pure delight.

Possible Small Traumas At The Moment Of Pushing 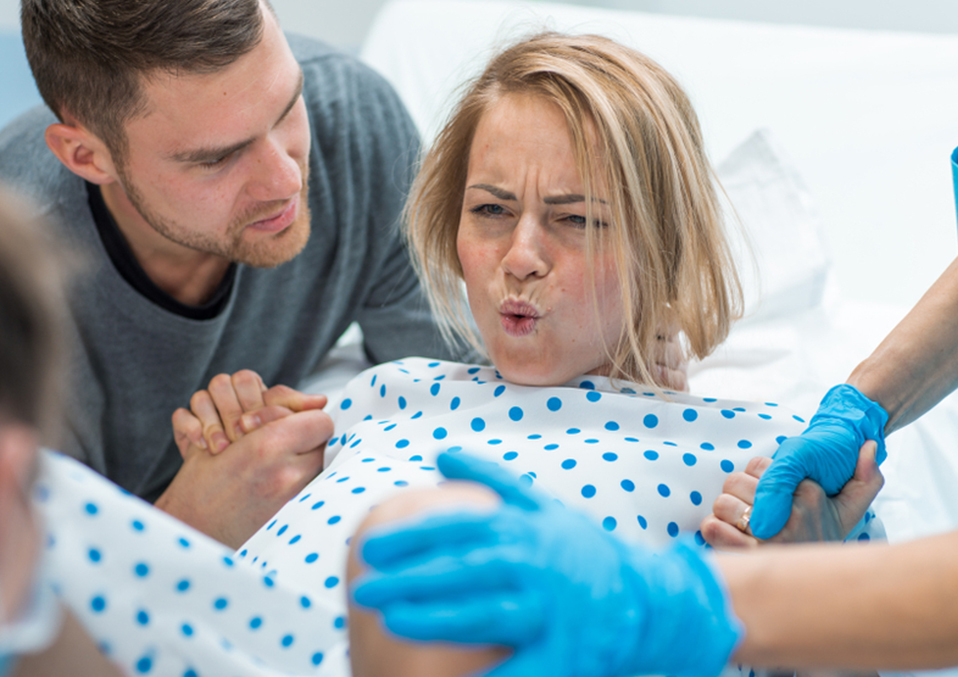 You could yell, swear, bite your partner to give you courage. But also blow up a few small vessels in your eyes as you push. Maybe even forget you when the baby’s being expelled … there’s gonna be blood and water. We’re not far from the horror scene…

The Little Tips To Dedramatize:

count on the emotion that smacks the instant of a glimmer of tenderness (we believe in it). Also, tell yourself that your spouse is also going through an ordeal, he will not hold you to this extreme state, nor is he focused on your crotch (especially if you motivate him to stay close to your bust). In short, no one can blame a champion for exulting at the end of her marathon!

The” Panties-Nets ” Of The Maternity

Another joy to be expected is to put on a maternity panty (if it were orange, it could be used to pack clementines). Indeed, the first hours after delivery, you will have to wear rather voluminous intimate protections, hence the use of these briefs to cuts and sexy materials.

invest in disposable panties to take to the maternity (easy to find in a pharmacy). They will be less depressing than APHP models. It’s always taken for your self-esteem!

Making Love Again With The Baby In The Bedroom

You’re back home, Whole, With Your Pretty Baby and your tired lover. After a few days of stalling (breast or bottle, cord treatments, friends at home) the libido could well reinvent itself under the duvet. Except a small resident sleeps in his pod near your bed. Weird, you said weird?

a happy parent equals a happy baby. So if you feel like you’re being naughty and no medical contraindications have been put in place, don’t feel uncomfortable doing yourself any good! The only risk: wake up the little beast and go back for a loop: milk, diapers, lullaby…

The Perineum Released During Love

It’s a classic to be expected. As seen above, your perineal muscles probably took a little slack during pregnancy. And rehabilitation can’t start too early, especially if you’re breastfeeding. As a result, at the time of penetration, you might be a sensation. Needless to say, it’s not the gentleman who changed his anatomy…

The Little Tip To Undramatic:

making love will help you to muscle your perineum. Then there’s no reason to worry or to give up. On the contrary. After rehab, everything goes back to the way it was. However, if you have had an episiotomy and the scar is pulling at you, ask your midwife or gynecologist for advice.

The Milk That Overflows During Hugs 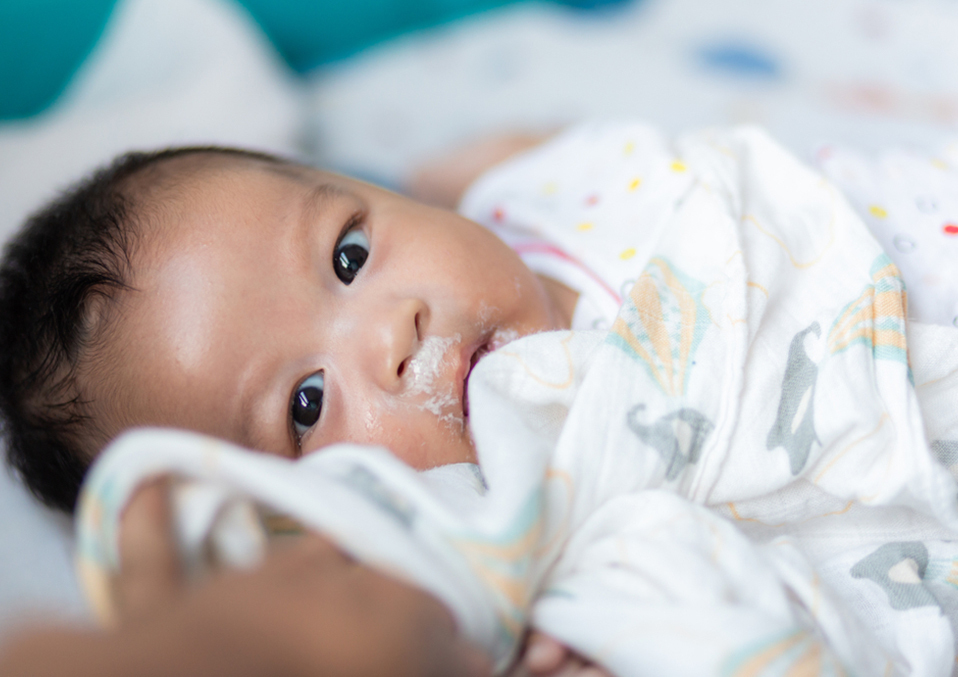 Mothers who decide to breastfeed should know that milk can come out in case of strong emotion, pressure (even moderate) and this, apart from the presence of a glutton baby. Another disappointment is that caresses on milk-filled breasts can be very unpleasant.

The Little Tip To De-Dramatize:

give priority to cuddling after breastfeeding, especially if breastfeeding confuses your partner a little. And take advantage of this stress to guide your lover to other erogenous zones.

The Smell Of Diapers In The House 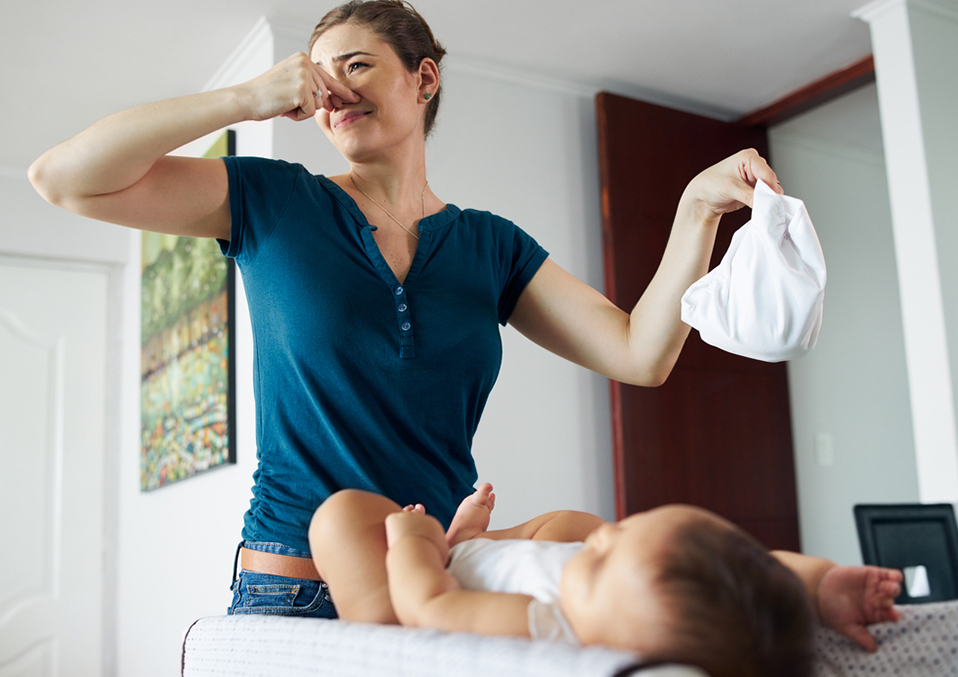 It takes little to break the mood of a romantic evening. The pungent scent of a ball-wrapped diaper forgotten in a corner of the apartment is fearsome.

invest in a diaper bin and / or scented diaper bags. Empty the trash often. Aerate, burn incense. In short, remember to pamper the olfactory atmosphere of the House. Anti-depression tip guaranteed.

Grated pregnancy Leggings, bleached breastfeeding tops … you search your closets for decent clothing. All the young moms have experienced this period of gloomy clothing were the wardrobe of pregnancy has become too wide, and the one before (slightly old-fashioned) no longer closes.

do a big sorting in the two wardrobes and isolate in two or three drawers the parts least damaged and the most adapted to your current silhouette. Also, take out some accessories to brighten up your looks. Anyway, make it new with old. And if your budget allows it, invest in a few comfortable basics that boost morale: a little printed dress, black jeans that make nice buttocks, an impeccable T-shirt or sweater, nice lingerie set to get away from the net (you deserve it).

The “Belly” Of Pregnancy … After Pregnancy!

The days following the birth leave you with a well-rounded belly that sometimes generates incongruous thoughts. ” Oh, you’re six months old, like me ! “, and force you to put back your elastic-waisted pants.

The Little Advice To Dedramatize:

“nine months to do, nine months to undo” must be your motto Not to lose. First, give your uterus time to regain its normal size. Then give your body time to burn the fat it has accumulated during pregnancy for the well-being of your baby. Breastfeeding (exclusive and over six months) will help. Then, as soon as your perineum regains its Olympic form, resume regular physical activity. And if you have any love handles left, just make good use of them…