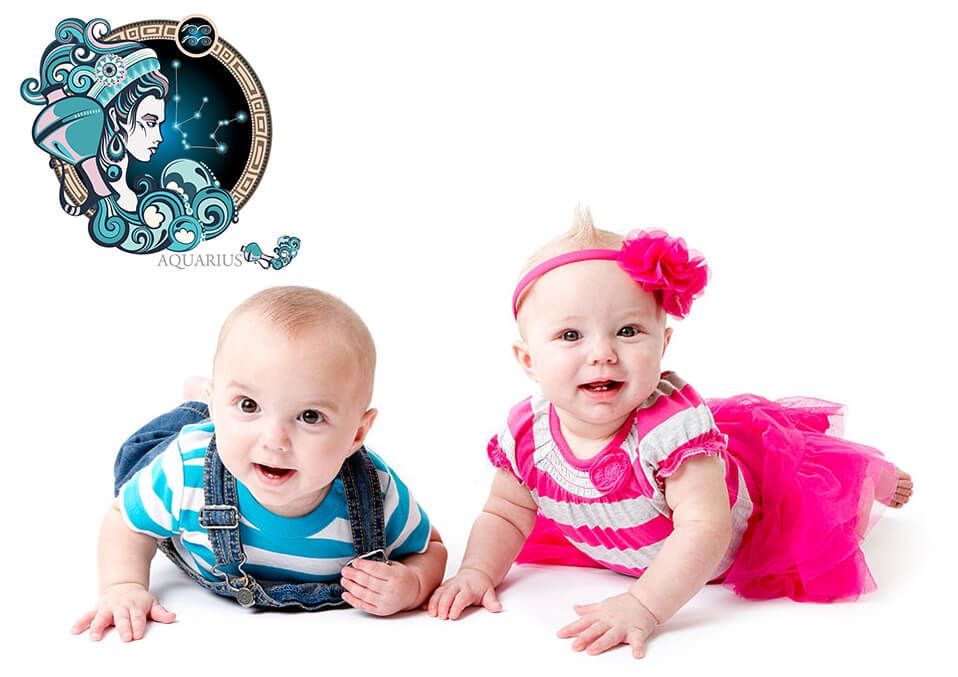 Congratulations, mama! The end week of January marks the start of Aquarius season, individuals commanded by this sign are strong, independent, clever, mysterious and with a good heart. It’s also believed Aquarius babies have a beautiful and attractive personality that makes people close with them want to enjoy with them. babies who are born from January 21 to February 20 are considered as Aquarius. So, here are the popular Aquarius baby names as inspiration for your lucky names for Aquarius.

Aura (for a girl)

This means as gorgeous as “a soft breeze.”

Dermot (for a boy)

This cutie pie, born “without jealousy,” is always the mediator.

Frida (for a girl)

Sterling (for a boy)

For lovers of the factual: this means a “little star.”

This is a girl name that has American and English roots. Piper was originally the last name given to an individual who is playing the flute, but as the decades passed, it began to be used as a first name. It’s one of the female names that have a character and are perfect for those parents who prefer short names and in search of something easy to mix with different last names and middle names.

Genevieve (for a girl)

Stylish and French and the name means, a “woman of the community.”

This is one of the best girl’s Aquarius baby names that roost of English and American. This name is associated with the willow trees, so it’s considered that people have this name show characteristics as we observe in willows, as cleanliness and grace. When it comes to the pronunciation, the right way to enunciate the name is WIL-o (English). Personalities like Will Smith and his other half Jada Pinkett Smith, and Pinks and her hubby Carey Hart, selected this one of lucky names for Aquarius for their daughters.

Gareth (for a boy)

Elsie (for a girl)

“Intelligent” ahead of her years.

A lot of moms search for inspiration to choose the best name from the Aquarius baby names and Meadow is a testament to that. The word is described as a piece of low ground near the river and originates from the Old English mædwe, but over the past few years, people began to use it as one of the lucky names for Aquarius baby girls. This name is commonly heard in English-speaking countries like the United States, England, and Wales. The right way to pronounce it is MED-o.

Simon (for a boy)

This is one of the Aquarius baby names which is cosmically fated to be an excellent “listener.”

One of the most masculine Aquarius baby names that have English and American origins. The name originates from moniker which is commonly used to refer to a little boy and acquired from the English name son. This first name is more frequently heard in countries like the United States, Australia, Scotland, and France. The right way to say it is SUN-ee.

Phoebe (for a girl)

Extra refined with a K instead of a C (and meaning “free.”)

Dusk is an English name that started to be used as a first name over time and it came from the Old English paradox, meaning ” inky, dark-skinned “. This can be used for girls or boys, but it’s most commonly used and heard as lucky names for Aquarius for baby girls, mainly in countries like Canada and the US.

Sacha (for a girl)

A “helper of humanity” (and her mother).

Haley (for a boy)

This is one of the Aquarius baby names that can either be used by a boy or girl, and this preppie Irish name means “clever.”

The name Krishna means, “black” or ” dark”, and credit to the main chef star Padma Lakshmi who chose this name for her daughter, Krishna Thea, and so, the Aquarius baby names become more famous in the English-speaking countries.

There are lots of Aquarius baby names out there and Bluebell is one of them. This first name has English roots, meaning “American flower” and speaks about flowers of gorgeous violet color, which is found in the Atlantic parts from north-western Spain to the British Isles. In 2006, Geri Horner, the ex-Spice Girls has chosen Bluebell as her eldest daughter’s name.