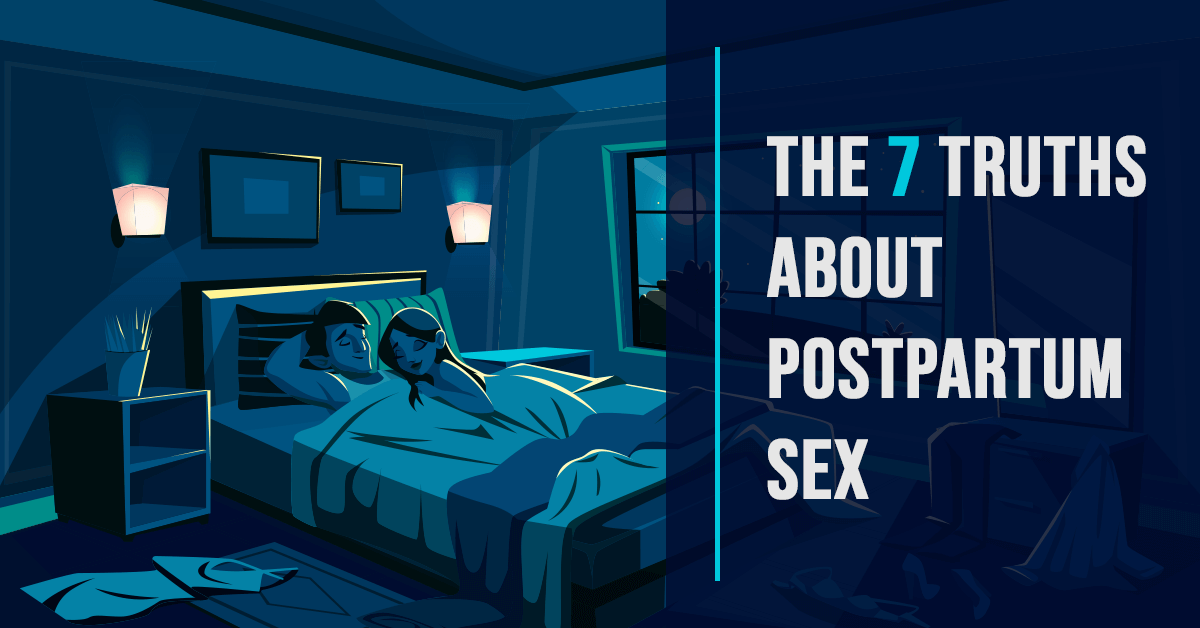 Postpartum sex all women are scared of having sex after marriage as if they were about to have sex for the first time. There are many questions raised like:

Is it going to hurt? Is my husband going to be patient?

How long should I rest post-birth? This kind of question never means that you are overreacting.

It means that you are going through a stage that all women have undergone. I thought the first time that it is only me who thinks this way until a lot of my friends from the book club said that it is the usual stress of this period.

I had difficulties in making love to my husband after the baby, but I could handle it with the help of a friend and especially my husband.

Meanwhile, I will share with you what I concluded from experience and some solutions which helped me overcome this obstacle.

The fact of assuming that the pain you’re experiencing comes from the trauma of delivery, which, let’s be real, could be, but it could be related has to a low level of estrogen that has an effect on the elasticity of the vaginal tissues.

Estrogen level lowers down crazily and right away after giving birth and stays low while breastfeeding.

Even mothers who went throughout a c-sections might have painful sex after pregnancy.

If you had an episiotomy or another type of operation done, the healing time will be depending on how big it is and if the cutting area is still sensitive.

Breastfeeding mother’s lack of sleep is going to be a changing dynamic between you and your partner. Patients are always relieved to find out there’s a reason they are not as into sex.

Some of that was because it wasn’t my first rodeo, but I know it also had to do with hormones, and my body being “mine” again much sooner.

3. Fitting Into The New Situation:

Happy couple When you have sex for the first time after baby, you are going to feel a little bit as unusual. You might feel that your husband’s penis seem “smaller”.

Women who had a C-section think that they skipped this stage. Actually, they are affected as well. It is not a matter of which place the baby chose to get out through; rather, it is related to a hormonal reason.

In fact, the hormones of pregnancy make the pelvic rim too wide. In addition, there are other factors like your age and how many children you’ve had.

The reason why a woman who loses her baby weight so fast could still not fit back into her jeans for the upcoming months.

4. Sex Is Even More Important After Baby

Sex is Even More Important after Baby loving family If sex is limited or even does not exist between the partners, they start feeling like they are roommates.

There are a lot of couples who expand the period of “non-sex” after the arrival of the baby, and that is not something encouraging.

There are women who went to six months and that is not encouraging at all. It is sometimes difficult, but it should never be obsessive.

In the beginning, start with kisses and holding hands. That decreases the stress about it. It is only sex that makes the partners in remembrance of who they are and what they mean to each other.

And believe me, after a while you will be once again who you have been all your life.

5. “Sooner Or Later” Is Your Best Friend

If it is longer than you had expected, just relax and keep in mind that it is going to happen.

Giving birth is not as easy as it seems. It is tiring, exhausting and depressing sometimes.

Nevertheless, you have to bring back the spirit of the era before the baby. How your husband used to turn you on is surely in your mind. Stop thinking of when the baby last time ate or if it is clean. You are doing fine.

Focus when your husband or boyfriend is trying to seduce you gently to a sexual relationship And draw a way back to when you used to make each other hot. If there are still problems, remember that sooner or later you are going to be fine.

6. The Power Of Afternoons

In the book club, I heard a woman who has lately given birth to a girl, saying “at night I can’t even read a page, let alone having sex”.

The day of a new mother is full of responsibilities. Nursing and breastfeeding the baby are never easy to do. Besides, there are other responsibilities. If your husband or boyfriend is not working afternoon, try to get close to him. It works sometimes, especially if you are both aware of it.

During this time, your baby is on a nap. Take advantage of it. If it is still harder, try just for playing over and over again when it is possible afternoons. Sooner or later it will happen, and it will remove all the stress that had been caused before.

A lot of women say they enjoy sex more after the baby than they did before. That could look like an awkward situation, based on everything you’ve just read, but as an actual mother, I know it is 100% accurate. One possible explanation is that the baby strengthens the love between partners.

Another way to explain it is that giving birth wakes up many sensations; resulting in our bodies, particularly our genitals, become more alive, increasing our pleasure.

Another possibility could be the long time of not having sex during the postpartum healing period.

This particular reason takes us to the time when we first started dating each other and our first kisses.

The most important thing is that you have to know that you are not the only one who is going through this.

It is hard for all women to get back to their routine and sex is one of them. Each one of us experiences it in a different way, but the core thing is the same.

Just relax and take it easy and everything is going to be fine.