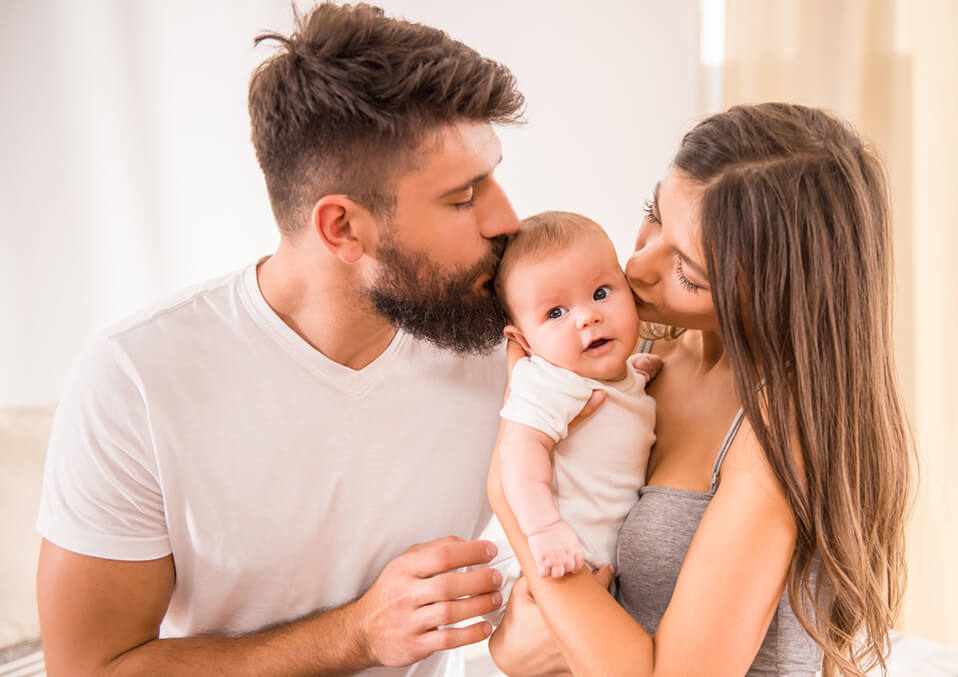 A lot of couples exert their 100% effort in finding a unique name for their babies. Months of thinking and deliberation happens when finding names that have a significant meaning and has not been used several times by others.

Every name has a distinct characteristic that will mark every baby for the rest of their lives. Once a name was established in their certificate of live birth, there is no backing out. Changing a name is not as easy as one, two, and three. It will require some effort and tons of money. Giving your babies their names is both privilege and commitment. That is why Celebrity Baby Names are being taken into account of some couples that are expecting a new member of the family.

Modern couples are exerting their time and effort looking for famous celebrity baby names that they can name their children. Well, it is not a surprise because celebrities are great at naming their children. They use different spices to come up with a beautiful name for their babies. One of the couple’s inspirations in giving their baby names is what celebrities give theirs. Here are some of Unique Celebrity Baby Names to Inspire You.

While Mia has been widely used as a baby girl’s name, when added by Love, it adds a unique twist and swirl to a baby girl. This sweet and lovely name was thought by celebrity couple Robin Thicke and April Love.

When Beyoncé gave birth to twins – a girl and a boy, Queen B named her younger daughter Rumi Carter and her son Sir Carter. These names are a little vintage and edgy at the same time. Since they are basically the music royalties, the names suit them. But these are Beyonce and Jay-Z, so expect fab and glamour to the family.

Partners Teresa Palmer and Mark Webber went nostalgic on naming their son, Forest Sage. It’s a hippie and nature calling name that every mom is finding as an inspiration.

Felicia Day, an actress in the hit series Supernaturals hid her pregnancy to the public. But when she gave birth to a beautiful Baby girl, she named her Calliope Maeve. A great way to tell the world how proud and beautiful her Baby is.

Couple Ashton Kutcher and Mila Kunis named their second baby, Dimitri Portwood. Dimitri rings a Russian baby name and is from the Greek God Demetrius, the God of Farming and Fertility. Mila accompanied her roots to his son’s name and Ashton’s, as he honors his stepfather Mark Portwood. Well, that is a well-planned and unique way to come up with a baby’s name.

Liv Tyler and her fiancé, Dave Gardner welcomed a baby girl into their family. Their first daughter was named Lula Rose Gardner. While Lula was not a famous name of a baby these days, it was ranked as the 39th most famous baby name in the US. It’s a lovely twist on the names like Lucy or Lily. Lula – like a Lullaby.

Singer and Songwriter, Kelly Clarkson named her son and daughter, Remington Alexander and River Rose. Just like characters in a song, these are just as fancy and cool as any of her songs ever written.

Speaking of names with Hebrew origin, Tamera Mowry has chosen to name her son Aden, which means handsome in Hebrew. And for all is due, her daughter was named Ariah, which has a Hebrew meaning of “Lion of God.”

While couples think about a combination of their names as the name of their babies, the celebrity couple, Miranda Kerr and Orlando Bloom named their son Flynn Christopher after the high school sweetheart of Miranda, Christopher. Christopher was killed in a car accident and had dated two years. Bloom is okay with this and made him a total man about it.

Mila Kunis and Ashton Kutcher are head over heels in finding their babies’ names. They have combined Wyatt, a traditional boy’s name and the very feminine Isabelle in their daughter’s name. A perfect combination.

Etta, daughter of the celebrity couple, Carson Daly and Siri Pinter got her name as a tribute for Siri’s grandmother. This name is both vintage and nostalgic. And it is now making its way back to the 20s.

There are many inspirations in finding your baby name and one of these is from the famous fairy tales of Disney. As the celebrity couple, Rachel Bilson and Hayden Christensen, they named their baby after the famous fairy tale, Sleeping Beauty. Briar Rose, well, that is a name where its beauty never sleeps.

As Rose is beginning to be a common name for a girl these days, Jonas Brothers Kevin Jonas and wife Danielle picked their daughter the name of Alena Rose. The couple tags this name as “different, but not too out there.” Alena is a Greek Name that means Light.

Ben Haggerty and wife, Tricia Davis picked the most awesome and cool name for their daughter, Sloane Ava Simone. Sloane came from the Gaelic name Sloan, which means Warrior.

There are a million reasons why a couple names their child as what they want. Couples look into characters in the bible, with greek meaning or just want to hear the crispiness in their pronunciation. But we can conclude that it all came from sleepless nights, bumpy experience or smooth sailing as they both experienced being pregnant. These unique celebrity baby names can be a name inspiration to the babies you are expecting to have in this beautiful world in the next couple of months.