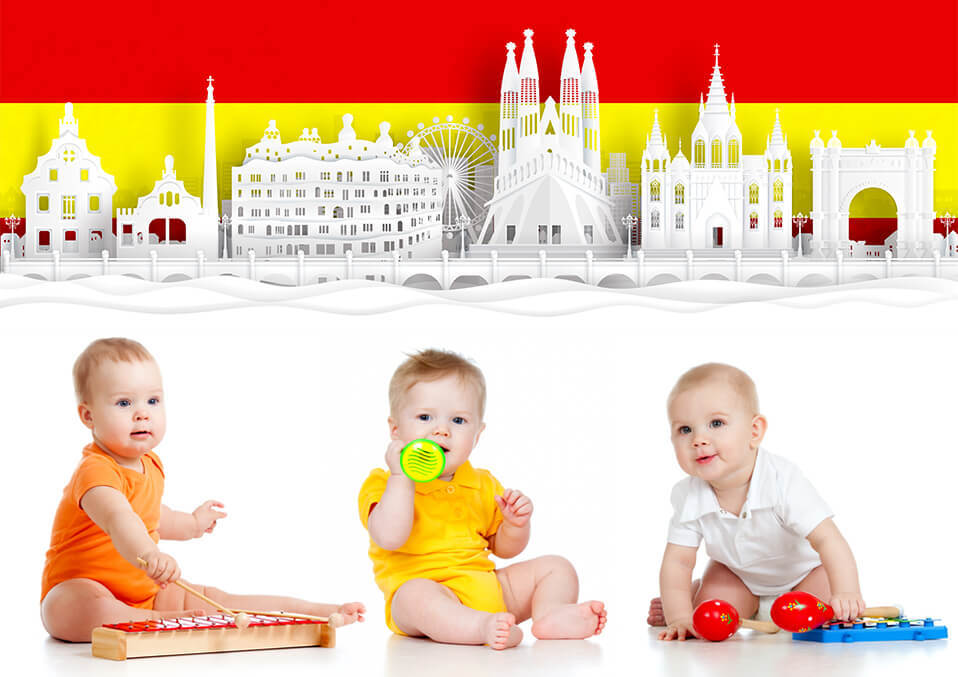 Spanish culture has been one of the most precious traditions in the world. When it comes to naming babies, there are a lot of considerations to choose from, and Spanish names climbed the Top 10 list of the most considered baby names.

Here is a list of Rare Spanish Names to inspire your Baby Name.

Juan Carlos and Andres are some of the common Spanish names that we hear from our Television. Now, here is a list of unique Spanish names to consider in naming your baby boy.

This is one of the coolest names in Spanish history. It is the Spanish form of the name ALEXANDER. The meaning of this name is “defender of men.” The name Alejandro has been used in the bible four times and is connected with saving Jesus. Well, this is the name that withstands history.

This rare Spanish name is also biblical in nature. It is Portuguese in origin. The meaning of this name is “Who is Like the Lord.” This is a name variant of Michael. Michael is one of the Angels that protected the kingdom of God.

When your baby is born in the month of December, you are considering the name Emmanuel. Manuel is a variant of this name and is known to have the meaning of “God is with Us.” Baby Jesus has been the proof that God is with us and He was born on the 25th of December, Christmas Day.

Speaking of God-centered names that the Spanish tradition has, Mateo, a variant of Matthew is said to have a meaning of God’s gift. Well, babies are basically a gist from God, but when they started to know the meaning of their name, they’ll thank you for naming them this.

Have you foreseen that your son will be a future hero and leader of the community? Well, this name must be one of your choices to tag him. Nicolas means victorious. Being victorious has also a label that he is a conqueror of the people.

Are you a fan of Shakespeare? Yes? Then you might want to consider naming your son Orlando. Orlando is one of the main characters in the famous William Shakespeare’s play, As you like it.

This name is a Spanish form of the name Luke. This name connotes Light. Couples may want to consider naming their child by this name if it’s their first time to have a baby. This could mean that their child brought a brighter light to their life.

The most carefree name of all, Paco. Paco means “free one.” This shall portray a free spirit and carefreeness in its ambiance. This is usually just a nickname for the name Francisco. Francisco, on the other hand, is a popular rendition of the name Francis.

As the first names suggest, Spanish names are often related to biblical names. Sancho means Saint. Other forms may include Santino.

This name is the Spanish equivalent of the name Raphael. As special as the other names, this name has a special meaning. It is based on the Hebrew name, Rafa-el, meaning God has healed. Rafael is one of the seven archangels.

When a baby is named after the Spanish line, it shall reflect the different traditions that Spain has. Here is a list of Rare Spanish Names for you Baby Girl.

A famous name that has been used widely in the 20s. Savannah connotes “treeless plains.” But fear not, it doesn’t mean that this name is plain and boring. Savannah is also the name of a famous place known for its Spanish moss and stately squares.

It is the female form of the name Ramon and Raymond. Ramona has the most caring meaning of the Spanish names, protecting-hands. Every couple in this world will do everything to protect their children.

Every girl wants to be a queen or a queen to someone. Well, a couple may treat their girl a queen by naming her this.

It is a female name for the Hebrew baby name of Simeon. This name has a connotation of the “one who hears.” This name was popularized by the history of El Cid, a Spanish military hero and his wife Ximena. After El Cid died, Ximena took over his throne.

One of the very rare baby names used today. But lo and behold, the meaning of this name. Itzel means, the star of the aurora sky, as beautiful as your upcoming princess.

As a popular brand name, the name Mercedes is one of the most unpopular or rare names to be tagged in a baby. Mercedes has a Spanish meaning of “mercies.” This has a reference to the Virgin Mary, which is the queen of all mercies.

This Spanish baby name is also unpopular to be used as a baby girl’s name. It is a combination of the names Anna and Leah.

This name is a rendition of different name origins. It came from the German name Amelia, Latin name Emily and French name Emma. Emmie and all of these origins have the meaning of “industrious.” If you want your baby to be helpful when she grows old, cross your fingers to this name.

Rare as this name can be, well, its meaning is not. The meaning of this name lies in one of the three virtues, hope.

This name has three origins, Latin, Slavic, and Hindi. This name means wonderful, peace or prosperity. May this name brings as what it means to your family and more.

Spain has one of the most colorful traditions around the globe. Also, their names are attached to their unique and exceptional history. Every Spanish name tells you a story that you didn’t know exists in the first place. Explore these Rare Spanish Names that you may want to consider as an inspiration in naming your babies.