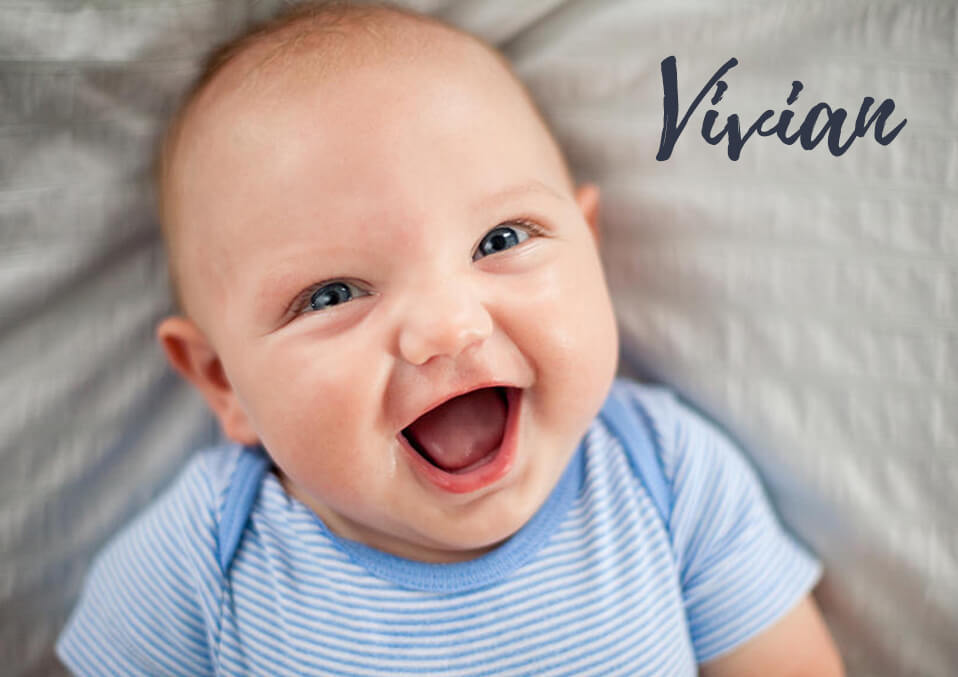 Is your name Vivian? You love it for a very long time now as it is just a six-letter name which is perfect for a nametag during your days in grade school. It’s a bit unusual but easy to pronounce and boot right? Baristas at Starbucks won’t have a hard time spelling your name out and pronouncing it won’t lead to any quick apology. Now, are you wondering why your parents named you with this short and sweet name? Find out this Vivian name meaning and everything you need to know about it with this Kingdom of Baby post. We even listed some interesting facts about it. Read further to know!

Let’s check out the meaning of the name Vivian

Vivian is a girl’s name that is of Latin origin. The name means alive. It has been commonly used since the 19th century as parents often consider this to name their baby girl. It reached its peak in popularity in 1920 making it to the top 100 of the chart and even stayed on that particular rank for a long time.

People having this name is said to have a deep inner desire to use their abilities in leadership, and the need for personal independence. They opt to concentrate on a larger scale of important concerns and delegate the information.

They also have the drive for excitement, change, and adventure. They are versatile, dynamic, and visionary, making use of freedom constructively. They surely fight when they are being restricted by conventions and rules. They may be restless, rebellious, untidy, and changeable but they tend to be energetic, optimistic, intelligent, and make friends easily as well.

The name Vivian has a lot of variations and the most common spellings are Vivianne, Vivien, and Vivienne. It also has adorable nicknames namely: Vi, Viv, Vivi, and Yen.

Popularity of the name Vivian in the stardom

Read also: “Baby Names that Mean Sun for Your Newborn between April to July”

Interesting facts about the name Vivian

Read also: “Beautiful and Unique Mongolian Baby Names For Your Precious One”