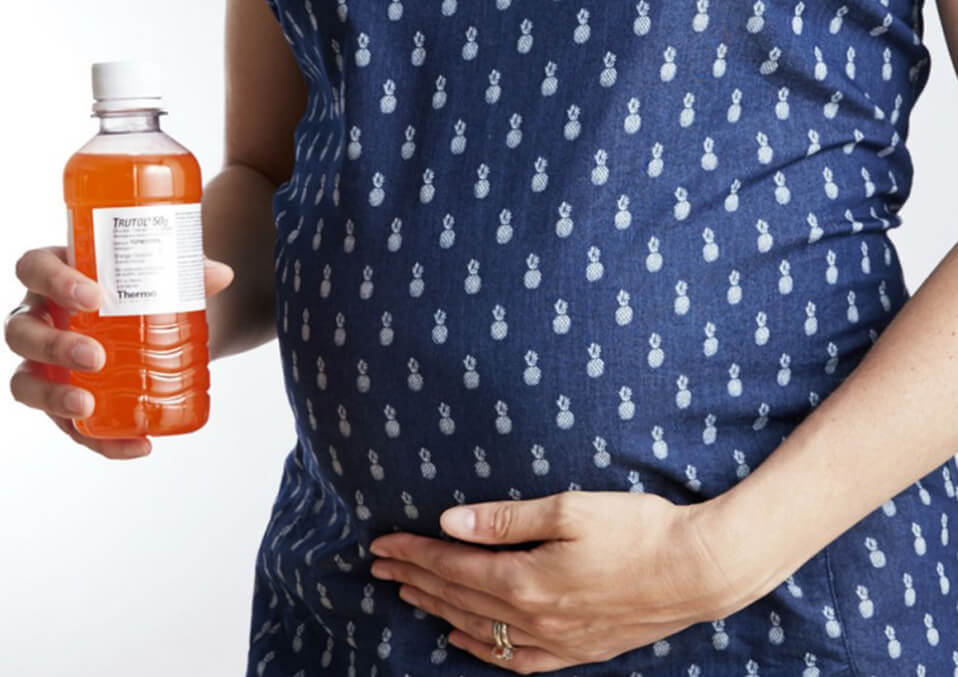 A glucola test or the glucose tolerance test in pregnancy also called the oral glucose challenge test is a prenatal test give to women around 24 to 28 weeks pregnant. This test is provided as a preliminary screening to know if a pregnant woman has gestational diabetes. Women who have resulted in positive to this challenge will be asked to take the oral glucose test.

Why do we do a test for gestational diabetes?

The test involves drinking the glucola drink with 50 grams of glucose and then blood is drawn one hour later.

Alternatives to glucose test during pregnancy

50 grams of sugar from other drinks/foods

Some doctors will let you consume a meal that they approved as one of the alternatives to the glucose test during pregnancy. It can be juice, pancakes with maple syrup or a soda. This varies based on what the doctors approved.

One of the rising alternatives to glucose test during pregnancy is that patients keep a food diary for two weeks then their blood sugar is tested using diabetes test strips when they woke up two hours after each meal. There are pregnant women who actually enjoy this alternative test because they find it interesting to look at the result themselves while some still find this alternative a nuisance for they need to watch it themselves.

There are pregnant women who have said that their doctors push them back regarding the alternatives to the glucose test during pregnancy and they prefer to screen for gestational diabetes using the glucola drink. Well, what pregnant women don’t know is that there is a clear glucola drink that does not have food dye and coloring included. This is more preferred by women and it makes them more comfortable to take the drink.

So, gestational diabetes can be a stressful and unwelcomed diagnosis among pregnant women. Thus, it is important to learn about this and educate yourself with the risk factors and tests for gestational diabetes. You also need to dig deep on the alternatives and discuss any questions as well as concerns to your doctor to make the best decision for you and your baby so you will not regret it on the latter.