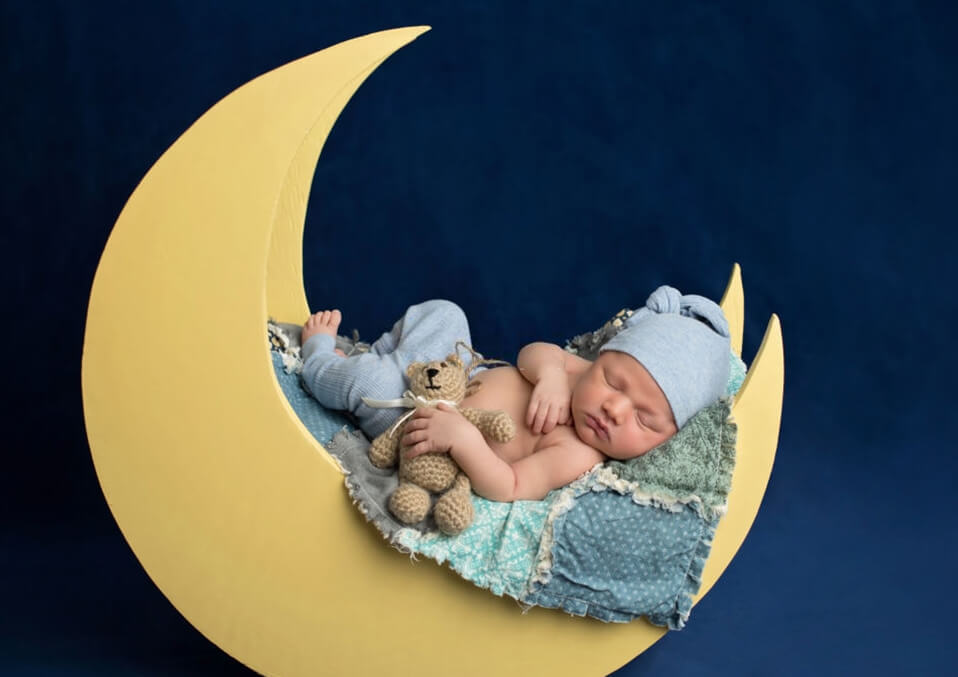 Aitne is a girl name that is also the name of one of the moons of the planet Jupiter. Aitne was named after a nymph that god Zeus had seduced who was the daughter of Oceanus.

The name Ala has a meaning of “nobility”. She is the Igbo earth goddess who has a symbol of a crescent moon.

The name Altalune is a Latin girl name that means “over the moon” and was an invention used by Uma Thurman and Arpad Busson.

The name Ayla is a Hebrew name for girls that has a Turkish origin that means “oak tree, halo or moonlight”.

Amalthea is a girl name that means “tender goddess”. It is the name of a goat-keeping nymph who took care and nursed infant Zeus in Greek mythology.

This name is a Turkish name for girls that means “moon halo”. This name has a traditional spelling but it has some of today’s famous name sounds.

Belinda has a German and Spanish origin that means “pretty one” or “serpent”.

The name Bianca is an Italian name that means “white” which is also the color of the moon most of the time. It is a livelier Italian version of the name Blanche that is chosen widely by American parents.

Chantara is an incredible poetic name for girls that can be worn in many cultures. The name Chantara has a meaning of “moon water”.

Aside from Indian girl names meaning moon, Chandra is a Hindu name that means “goddess of the moon”. Chandra is also the name of the Hindu moon goddess back at the times when incense and meditation were new concepts.

This name is a unisex name that means “keen gaze”. Charon was also the name of the planet Pluto’s desolate moon and the ferrymen of dead souls to the Greek underworld.

This name is one of the obvious moon names for baby girls but can also be a gender-neutral name. It has a French origin that means “increasing” and “growing”.

This is a one of the names for moon goddess that has a Greek origin. The name Cynthia literally means “moon goddess” or “woman from Kynthos”. Also, this name is an epithet for Artemis or Diana in classical mythology.

Dione is a gender-neutral name that means “divine queen”. Dione is the mother of Aphrodite by Zeus in Greek mythology and also the name of one of the planet Saturn’s moons.

The name Helene is a French name that means “bright, shining one”.

Indu is a Hindi name that literally means “moon”.

This is a Swahili name in African origin that means “moonlight”.

Lua is a Portuguese name that literally means “moon” which is widely used in Brazil.

Or course, moon names for baby girls will not be complete without the Italian name Luna that means “moon” which is also the name of the Roman goddess of the moon.

Also spelled as Lusine, the meaning of the name Lucine is literally “moon”.