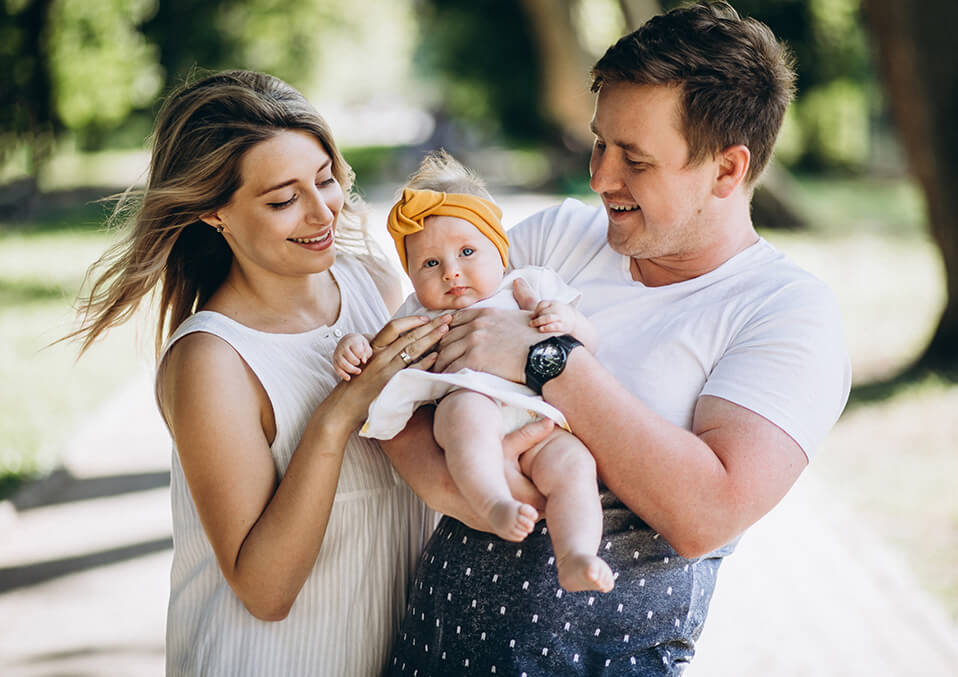 Parents are getting more and more creative in giving names to their babies. It can range from the classics with timeless appeal to something that is unique and different. There are some parents who choose those names that trace its roots in different languages like that with Japanese origins or Turkish in nature and of Greek derivation and influences and others.

There are couples who opt for a pattern in naming their children. They might make the names of their children start with the same letter or those that relate to their interests like science or music. Other parents might choose related names for their offsprings. Then we might suggest another good idea. Why not name your kids with names starting with Mac or Mc? Mac baby names are getting popular nowadays.

Tracing its history, Mac or Mc are names with Irish and Scottish origin. This is a nickname or moniker that means “son of.” Through the years, Mac names are not limited to males as it has been paired with other names to create unique female names too.

Maclin is a popular Scottish last name starting with Mac or Mc. ohn.”Through the years, it has also been used as a first name that believed to have come from the Maclin family that lives in the west coast of Scotland and the rocky Hebrides. Tracing its roots, Maclin means “son of the servant of Saint John.

Other variations of the names are MacLynn, MacLean, MacLaine, MacLane, MacClean, MacClaine and the Gaelic form MacGhille Eoin.

The name is also of Scottish origin  and was used before as a surname that means “son of Gregor or Gregory.” The name is said to be an Anglicised form of the Scottish Gaelic MacGriogair. Today, the name is still popular either a first name or a family name. Famous MacGregor names and celebrities include the Scottish musician David MacGregor and Scottish actor Ewan MacGregor.

The name is derived from the Scottish and Irish surname MacAllister. This is said to be derived in the Gaelic name MacAlasdair, which means “son of Alasdair.” Alasdair is the Gaelic form of the name Alexander which means “defender of men.”

This is of Scottish origin that is originally used as a surname. It came from the original Gaelic MacAdaim meaning “son of Adam.” Adam is the Hebrew word for “man.” He is a famous Biblical character known as the first man created by God.  The surname McAdam was first found in Annandale and Calady. Popular Canadian actress Rachel McAdams bear the plural form of the name as her surname.

The name can be traced from the Gaelic surname. It is also derived in the Old Norse first name Ivarr. But the name has gain more popularity from the 80’s television series MacGyver and its main protagonist Angus “Mac” MacGyver originally played by Richard Dean Anderson.

The MacRae clan is a popular clan in Scotland. Over the years, many immigrants enter the United States who bear the name. The name translates “son of grace.” Although it has its masculine roots, the name is now popular even on baby girls.

The clan Mackintosh is popular in Scotland because of its long and rich history.  It is derived from Gaelic words that translate to “son of the Thane (chief).” History says that a son of the MacDuff adopted MacIntosh. As he did a good and honest service, he was awarded with his own lands. Today, MacIntosh is known in the United States as an apple variety and an Apple computer.

This name traces its origin from a Scottish word that translates to “son of righteousness.” Famous celebrity Macaulay is Macaulay Culkin of the movie Home Alone.

This name has its Scottish, Irish, Welsh, English, and French roots. It means “son of Arthur” and can also be traced to the first name Arthur which means “bear.” The name owes its popularity to King Arthur and The Knights of the Round Table.

The name means “son of Allan.” To know the meaning of the name, in Celtic, Allan means “harmony” and “noble.” As an American baby name, it means “fair” and “handsome.” The name never loses its popularity and remains a favorite through times. Also, MacAllen.

The name is derived from the word ‘niall’ which means “champion.” No wonder this name gains popularity with its positive implication fitted for baby boys who are born to be achievers.

Girl names that start with mac

Although this was first used as a boy’s name, it gained appeal and popularity among girls. Tracing its roots, it is an Irish surname which is from the Gaelic Mac Coinnigh, the son of Coinneach. Coinneach has its origin from cainneach which means “fair one” and “handsome.” It can also mean “daughter of a wise leader” and “fiery woman.” Another popular variation of the name is MacKinsey.

Mackee is a family name which has its roots in the Scottish and the Irish language. Deriving its meaning from its Gaelic origin, it translates to “fire.”

Other variations of the name are Mackey, McCoy, MacGee, and McKay. Depending on its forms and spelling, this can be both a baby girl or a baby boy’s name.

The name traces its roots in different languages as Gaelic, Scottish and Irish. The name means “ascend.” A variation of the name is  MacKenna which means “daughter of a handsome man.”

The name Macanta exudes a lot of positive meanings. From its Gaelic root, the name means “a kind and gentle woman” or “the kind one.” In English, it can equate to “honest” and “fair.” Name variations include Macantea, Macantah, and Macantia.

The name MacKyla or MacKayla is the modern American form of the name Michaela. Tracing its roots, the name is the female form of Michael. The name Michael originated from a Hebrew word that translates to “who is like God?” The name signifies humility and veneration to God. Thus, using the feminine equivalent of the name which is MacKyla will truly fit on your lovable little princess.

This name may sound unique and a little bit rare but these characteristics of the name is that what makes it appealing when you want your baby to stand out or be different. It is a Spanish feminine name with its roots in the Greek word macar which means “happy” and “blessed.” A variant of the name is Macara. This is also the feminine form of the name Macario or Makarios.

These Mac or Mc name ideas can provide parents good options in giving names to their kids. With its Scottish and Irish origins, originally, these are surnames that were later used as first names. These names that start with Mac or Mc for babies has its classic appeal and a distinctive impact that can make your kids stand out from the rest.